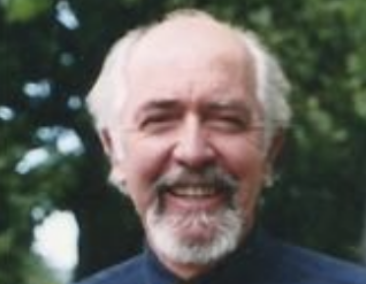 MENDOCINO Co., 3/12/21 — A new perpetual scholarship, in honor of former professor Ricardo Stocker, has been created at Mendocino College. Stocker is remembered for his contributions to the community in a variety of capacities, as well as “an  inspirational mentor to many unconventional students,” according to the announcement from the Mendocino College Foundation. Stocker moved to Greenfield Ranch in Mendocino County in 1984, and taught at the college for over 20 years, and also worked as “as a counselor in drug and alcohol programs; provided bilingual counseling through Nuestra Casa, Anderson Valley School District, Project Sanctuary, the Youth Project and Neuesta  Alianza; he was a storyteller at Juvenile Hall and in various elementary school  classrooms.” Stocker was born in 1947, and passed away in 2020.

The scholarship is funded by an initial donation from the Stocker family. Here’s the announcement from the Mendocino College Foundation:

The Scholarship is made possible with a generous initial donation from the Stocker family.

Ricardo had a lasting effect on the community of Mendocino County. He worked as a counselor in drug and alcohol programs; provided bilingual counseling through Nuestra Casa, Anderson Valley School District, Project Sanctuary, the Youth Project and Neuesta  Alianza; he was a storyteller at Juvenile Hall and in various elementary school  classrooms. Ricardo is remembered fondly by students, faculty and the administration at Mendocino College where he taught for over 20 years. He is remembered as an  inspirational mentor to many unconventional students.

“Dr. Stocker taught as a part-time faculty for Mendocino College for over twenty years as an Interpersonal Communications and Psychology of Personal Growth instructor. He  was very popular among students with classes that consistently filled quickly,” said  Debra Polak, Mendocino College Vice President of Academic Affairs. “He cared for our community beyond the Mendocino College classroom as a bilingual counselor who  consistently made his services available to the Latino community through organizations  such as Nuestra Alianza de Willits.

I personally will remember Ricardo for the intelligence, care and humility he communicated in the many brief encounters I had with him. I did not know until I was preparing this note to you that he had recently published a book entitled Our Compassionate Kosmos: Awakening to the Presence of Celestial Love. I believe he taught  and served his community with compassion. He will be missed.”

Stocker was born on September 11, 1947, in Buenos Aires, Argentina to Hector Stocker  and Carlota Mujia Linares. He grew up in Buenos Aires, attending Catholic school. In 1970, he left Argentina to travel through Latin America and Europe. He studied Waldorf  Education at Emerson College in England and at the Alanus University in Germany. His  daughter Franziska was born in Germany to Gabriela Scholter in 1976. He met his wife,  Deborah Mead, in England in 1978. They moved to Northern Ireland, where Ricardo  taught at the only non-denominational school in the country and where his son Orion  was born in 1979. They later moved to Colorado, where their son Morgan was born in 1981.

In 1984, Ricardo and his family moved to Northern California into a home on Greenfield Ranch, where his son Santiago was born. Ricardo was hired as a teacher at the Waldorf  School in Calpella. Ricardo spent much time wandering through the beautiful hills and  forests of Greenfield Ranch. Ricardo never stopped believing in the power of education. He received his bachelor’s degree from Prescott College in 1994, his master’s degree from Saybrook University in 1999, and his PhD in Psychology from CIIS in 2003.

Ricardo left an indelible mark on the lives of many people through his storytelling, counseling, music, philosophy, poetry, and teachings.

To donate to the Ricardo Stocker Scholarship or to learn more about the Mendocino  College Foundation, please contact Eliza Fields, Administrative Assistant/Scholarship  Coordinator at [email protected] or call 707-467-1018.