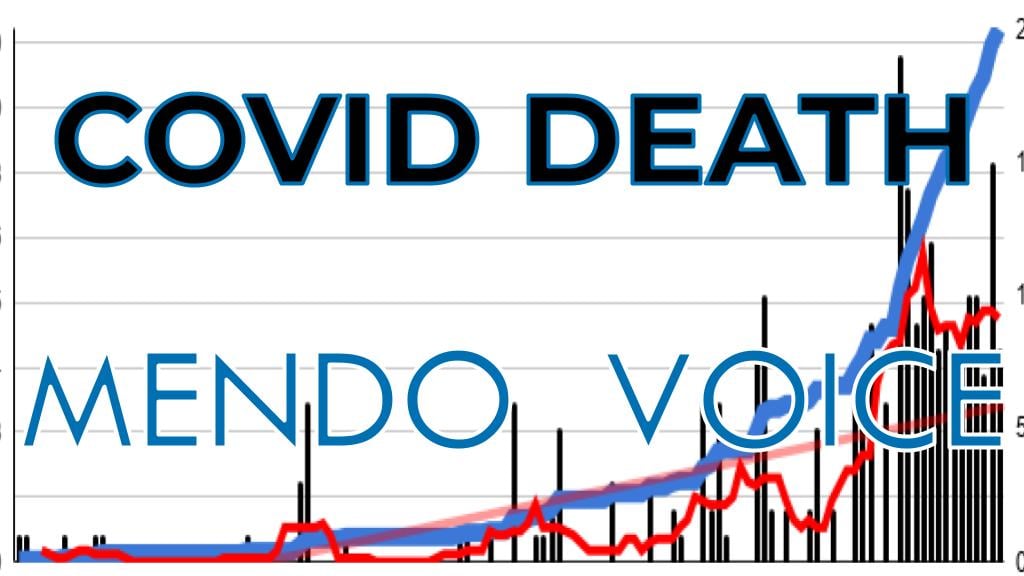 WILLITS, 3/25/21 — Though it was almost an inevitability, some of the new, more contagious and difficult to treat variants of the coronavirus have been detected in Mendocino County, apparently from a batch of testing samples sent to state labs in February. According to a press release issued by the County of Mendocino this afternoon, the new variants, which differ from the original form of the virus, are called: B.1.4.7 (West Coast Variant), B.1.4.9 (West Coast Variant), and two variants of the B.1.2 category, which are U.S. variants. The two West Coast variants, also referred to as the California Variant, are both more contagious, by about 20%. That variant is also somewhat immune to antibody treatments, though there is as yet not significant evidence that is more resistance to vaccination.

In a brief phone interview Dr. Andy Coren, Mendocino County’s public health officer, explained that he believes that these new variants are quite concerning. He noted that the last time the county was in the more lax “red tier” of restrictions, it lasted only a few weeks — and that such yo-yoing as restrictions are lifted can be compounded by a proliferation of not only these new variants, but others.

“Even though we call this the light at the end of the tunnel, we do not know how brightly that light shines, or how far away it is,” said Coren. He urged people to maintain the social distancing and masking practices that have been effective in reducing transmission, saying, “Masking is the cheapest, most effective way to keep these viruses at bay.”

These variants were discovered in a batch of samples sent to state labs in early February, and pulled for genome testing as part of the state’s efforts to track virus variants — though the county did not receive word that the variant was transmitting in our area until March 24. Mendocino County has joined a consortium of other counties to operate a lab in Solano County, which will be able to deliver genomic testing to track variants with far greater regularity. According to Coren that lab is currently undergoing a quality-control process wherein its samples and test results are double-checked by the state lab.

He predicted that Mendocino County could expect more regular genomic testing in about six weeks. As Coren explained, “It was almost two months after [the samples[ were pulled for evaluation in Valencia,” before the results came back to Mendocino. Adding, “What we’re trying to do is get Solano set up so that they could do it much more efficiency.”

Coren also explained that these newly circulating variants are not the nastier British, South African or Brazilian ones. “It is the California or the West Coast variant…it really originated here.”

Early Feb. marked the end of the winter-surge, and by mid-Feb. the county along with the rest of the state was seen a precipitous decline in the daily case-rate. Since late-Feb. the case rate has plateaued at around five new confirmed cases of COVID-19 per day in Mendocino County. The fear with the appearance of new, more contagious variants, is that they could lead to a new surge, especially when coupled with increasingly lax restrictions and a sense that people can let their guard done.

“The reason I wanted to make this into a press release… is we’re really concerned around the whole country, and the state, now that [cases have] come down so well and so nicely…everyone wants to do all the activities,” explained Coren. The doctor fears that if people return to routine activities, and drop the social distancing and masking protocols, we could see another surge. He believes that, even as Mendocino County leads the state in vaccinations per capita, the rate of vaccination is not sufficient to return to normal, adding, “It would be terrible if we went through another year of this just because we were sloppy.” This is especially true because each new infection represents a chance for the virus to mutate into a more contagious or virulent variant.

On the issue of vaccinations, Coren noted that this week has seen low supplies of the vaccine delivered to the county, and next week promises to also be slim. The state has promised a more steady supply beginning in April, but said Coren, “We’ve had many promises, and many promises broken.” A silver lining there is that with production of the Johnson & Johnson vaccine ramping up, supplies will be significantly bolstered, especially since the J&J vaccine requires only one dose to be effective.

Read the county’s press release below:

Mendocino County COVID-19 testing samples from February of this year were sent to a state  lab for processing as normal, and were randomly sampled for variant testing. Mendocino County  Public Health was alerted on March 24th that a number of our samples tested positive for 4  different variants of the COVID-19 virus.

The West Coast variants have been shown to have a 20% higher transmission rate and are also  somewhat more resistant to antibody therapies.

“This discovery should be of significant concern for Mendocino County residents,” said County  Health Officer Dr. Andy Coren. “While we are getting vaccines out rather quickly, scientists are still working to determine if these variants could bring on a new wave of the pandemic, with  more vaccine resistance. This means, whether vaccinated or not, we as a community need to abide by COVID-19 precautions to avoid another surge.”