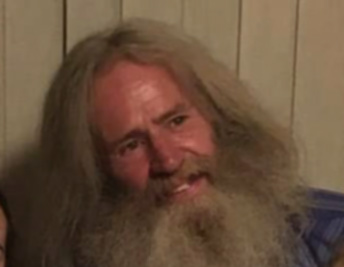 Paul Duran, 56 of northern Mendocino, went missing from his home near Mina Rd.

UPDATE 1/15/21 — Mendocino law enforcement and Search & Rescue discovered human remains this morning, in their search for Paul Duran, 58 of the Covelo area, who went missing from his property earlier this week. The body has not been confirmed to be Duran’s due to “the condition of the body,” as explained in a brief Facebook post announcement made by the MCSO.

The sheriff’s Coroner’s Division will now work towards positively identifying the body.

UPDATED POST ON 01-15-21 @ 8:20 AM:During the search efforts yesterday, searchers located human remains that were unable to be positively identified as being Paul Duran because of the condition of the body.The Sheriff’s Office Coroner’s Division is working towards identifying the human remains through other investigative avenues (dental records, DNA, etc.).

UPDATE 1/12/21, 2 p.m. — The search for Paul Duran continues today after an unsuccessful effort by Mendocino County Search and Rescue yesterday. Duran, a resident of Mina Road in Covelo, may have been missing for several days prior to being reported missing on January 10.

An update from MCSO’s Facebook page is below, followed by the original article:

The Sheriff’s Office is continuing the search efforts in an attempt to locate Paul Duran on a remote piece of property on Mina Road in Covelo.

ORIGINAL
MENDOCINO Co., 1/11/21 — Mendocino County Search and Rescue is searching for Paul Duran, a 58 year old man who has been reported missing in the vicinity of Mina Road in a remote area north of Covelo.

Duran was reported missing on the evening of Sunday, January 10 but may have been already been missing for up to five days, according to a social media post from the Mendocino County Sheriff’s Office (MCSO).

Anyone with information about this missing man may contact MCSO at 707-463-4086. Duran’s ATV was located on his property with a flat tire on Sunday evening, according to the announcement, and has not been located although he is believed to be on foot, potentially on his own property. Duran is described as 5’9” and 160 lbs., with grey hair and blue eyes.

Mendocino County Sheriff’s Office is currently deploying Sheriff’s Deputies and Search & Rescue volunteers to a remote piece of property on Mina Road in Covelo in an attempt to locate a reported Missing Person.

Paul Duran (see photograph, only quality at this time) was reported missing during the evening of 01-10-21 and is believed to be missing for possibly the last 5 days.

He is described as being a 58 year-old white male adult, standing 5 feet 9 inches tall, weighing 160 pounds, with gray hair and blue eyes. Unknown clothing description at time of his disappearance.

Anyone who knows of his current whereabouts is urged to contacted the Sheriff’s Office by calling 707-463-4086.