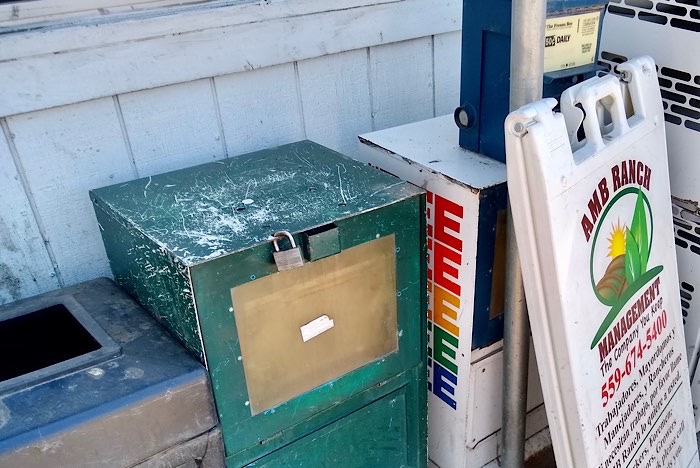 SACRAMENTO, 11/11/20 — It was a brutal year for journalism. More than 200 news organizations cut or furloughed staff and at least 50 outlets completely closed in the past few months. Some of this is due to the pandemic, but mismanagement, online advertising and opportunism by venture capital firms share the blame.

Setting aside the talking heads on cable news, most of us understand the essential work of journalism in our towns and cities to be covering school board meetings, examining county budgets and tracking local utility rates. But this latest round of cuts means there are fewer and fewer reporters covering public meetings, let alone doing the community-knitting work of printing portraits of high school seniors, broadcasting sports scores or interviewing artists.

The pandemic has intensified the debate about how to best save these basic functions of the press. But the loudest voices in this debate are industry insiders, legacy outlets and technology companies — the same people who triggered the crisis we are in today. The clock is ticking; how resources are divvied up now will shape journalism for decades to come. The longer we line up behind establishment solutions to revive local news, the harder it will be to nurture the media communities desperately need and deserve.

For example, many journalists have thrown their weight behind the Local News and Emergency Information Act. It would allow U.S newspaper and broadcasting chains to compete for Paycheck Protection Plan loans. Chains are a huge part of the industry: two-thirds of all daily newspapers are owned by just 25 companies and an estimated 37 percent of full-power local television stations are owned by five companies. These are not the kind of entities that should have access to federal relief funds for the nation’s most vulnerable businesses. Reporters who work at chain newspapers do critical work — there are better ways to support them than this bill.

Here in California, columnist Ken Doctor announced plans to “rebuild” local news nationally, starting in Santa Cruz County with a digital startup backed by Google and the Knight Foundation. His new outlet was profiled by The New York Times before it ever published an article. Doctor told Poynter of his big idea: “I would love to have a good news source for me and my friends.” But a member-supported local news outlet in Santa Cruz — Santa Cruz Local — already exists, and no doubt would benefit from some of the resources that a well-connected person like Doctor marshalls. Santa Cruz Local is a small, scrappy newsroom with three staffers, founded by former reporters of the local newspaper. Since 2019, it has delivered deep reporting on local government and has grown to more than 600 members.

Or take Google spending $15 million on a six-week Support Local News campaign in June and July that bought full-page advertisements in The New York Times, Los Angeles Times, and Dallas Morning News. The tech giant did not release a full list of who received the ad buys or why. The ads encouraged people to donate to, subscribe to and advertise with their local news organization. The price tag for this awareness campaign is nearly three times the amount of money the tech giant gave out in innovation grants to media outlets last year. Its next grant cycle is giving away $300,000 grants to support revenue programs for outlets that “elevate underrepresented audiences.” Fifteen million dollars would have paid for fifty such grants.

We argue that efforts to fund and improve local news must follow the leadership of community members — not grant officers or industry insiders — who know what news they need and what sources can be trusted to deliver it. There’s precedent for this: In New Jersey, an organization called Free Press met with thousands of people to discuss how proceeds from the FCC’s spectrum auction could support local news and civic engagement. This process created a public charity that gives grants to improve the civic health of communities through information — including but not limited to professional journalism.

We take such a grassroots approach in our work at The Listening Post Collective, a nonprofit community news project. We research how people get and share useful news and information in places like New Orleans, Omaha, Puerto Rico, and Oakland. We identify and direct support toward local news projects that appear in community spaces and languages. Where those efforts don’t already exist, we’ve been funding startups run by local residents to address needs they observe. Those needs could be filled by organizers, teachers, journalists, public agencies and libraries, that use phone trees, WhatsApp groups, newsletters, flyers, newspapers, broadcasts and video — to deliver verified facts and even watchdog journalism.

Last year in Fresno, Calif. we spoke with hundreds of residents about how they get and share local news. Many people had ideas for how to fill reporting gaps and stay better informed: neighborhood civic calendars, live newscasts at school meetings and food giveaways; Spanish-language news bulletins for rural communities and more. Those findings were shared back with participants at a public event, and we followed that up with a request for proposals on how to fill in local information gaps. Ten people applied and we gave grants to news startups like bilingual newspaper The Ivanhoe Sol and uSpark Valley, a social media-based outlet for Millenial and Gen Z readers. We also gave grants to a reporter who covers the local Black community, and a community-run Facebook group that puts local news into Spanish.

Our research in Fresno and elsewhere shows that people get verified news and information from a variety of sources, not just traditional outlets. That’s why federal legislation in support of local news must be targeted to protect a diversity of news services and positions. Unlike #SaveTheNews, the proposed Local Journalism Sustainability Act does this. It would give employers tax credits for wages they pay to someone doing the work of journalism. Free Press suggests an emergency grant fund to preserve payroll and benefits for newsroom employees; none of the money could be used for “securities, dividend payments, executive compensation, debt service, mergers and acquisitions.” These ideas prioritize the mission of journalism — finding and sharing accurate information that helps us make decisions — rather than bailing out models that have failed us. Other longer-term solutions might include large-scale public subsidies, municipal newspapers and media reparations.

Finally, instead of letting tech giants pick and choose who gets money to build the news of the future, outlets should be working together to regulate them. A tax on revenue from targeted ads — one of the most ruinous forces in our democracy — could go into a fund to support the kind of journalism our democracy requires. The relatively small amounts Google dishes out in grants to publishers feels like PR for a company nervous about regulation that could force it to pay much more, as is underway in Australia.

Even in this season of crisis, the seeds for a more ethical, responsive and community-driven journalism are growing. Strategies for rebuilding healthy information environments should come from the bottom up.

Olivia Henry is a graduate student at UC Davis interested in journalism and cooperative development. She also works with The Listening Post Collective, a project of Internews. You can find her on Twitter at @oliviamqhenry.