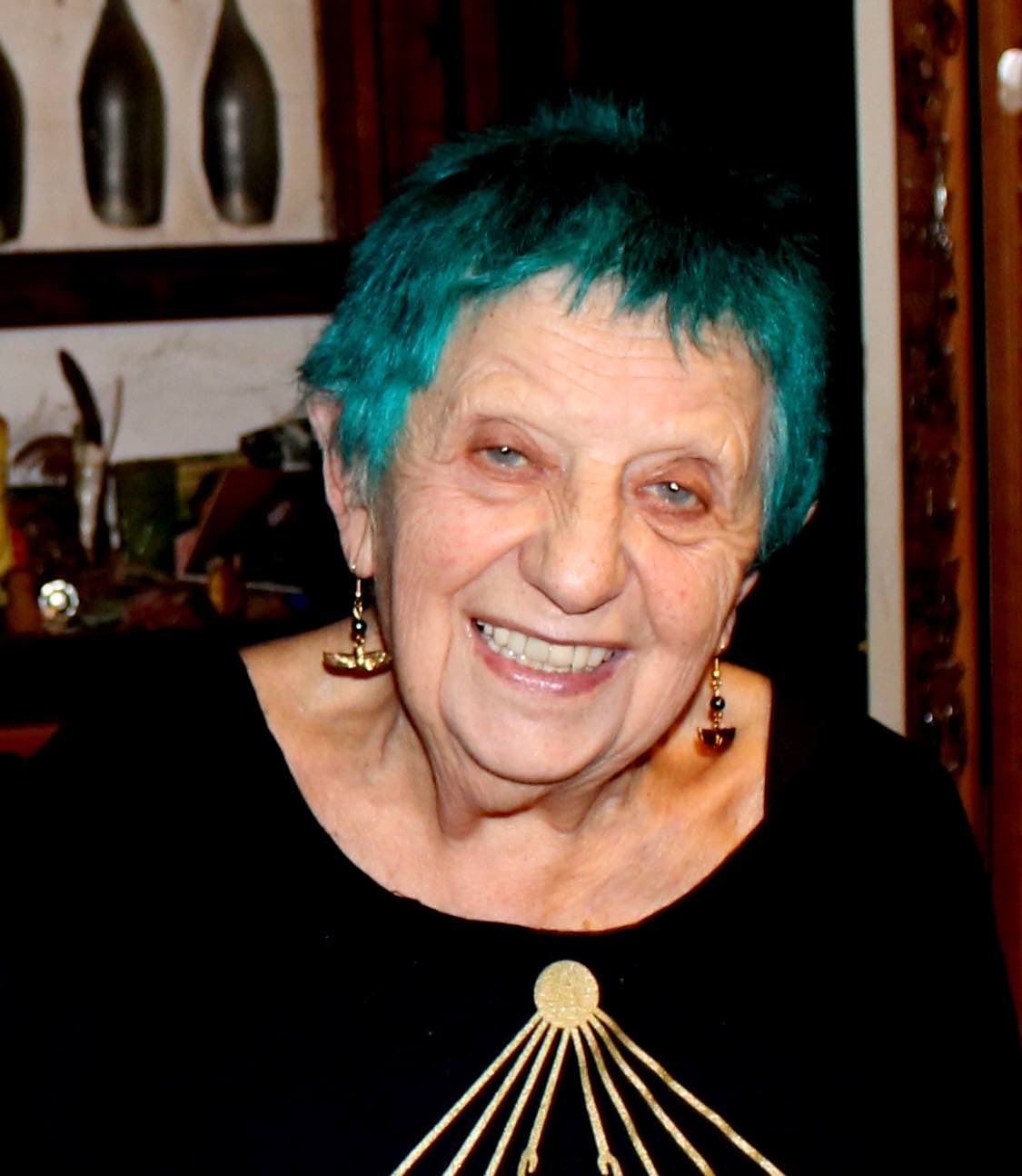 The following is a submitted obituary. The Mendocino Voice welcomes obituary submissions and publishes them free-of-charge for any North Coast resident or family.

ruth weiss, internationally renowned jazz performance poet, artist, playwright and mother of the San Francisco beat generation poetry scene, passed away of natural causes at her home in Albion, California on Friday, July 31 at the age of 92.

Born in Berlin, Germany and of Austrian heritage weiss spent her early years fleeing with her parents during the rise of Nazi Germany from antisemitic persecution. Their struggle for survival took them on dangerous journeys from Berlin to Vienna and eventually to the Netherlands where they obtained passage on a ship at the port of Vlissingen heading to New York City. weiss and her family eventually resettled in Chicago. With the end of WWII, weiss returned to Germany with her parents who worked for the U.S. Third Army Division Occupation forces. weiss excelled at her studies in the U.S, and in Europe and she spoke several languages.

In a previous interview in 2017 with the Mendocino Beacon, weiss explained that she insists her name be written as “ruth weiss, “all lower case, as a reaction against the authoritarianism that she saw “under the brutality of the Nazi regime and unfortunately still exists in our world today.”

The family moved back to Chicago in 1948. Weiss took off on her own a year later gravitating to a community of artists at the Art Circle and moved into their Chicago residential live-work space. This is where she first experimented with and merged her spontaneous poetry readings with live jazz sessions.

Following the jazz scene from New Orleans to the West Coast, it was the 1950’s and in San Francisco where ruth found her groove and where Weiss made her mark on the North Beach Bohemian scene. Her series of rented rooms and apartments became a place for her fellow poets and writers to read their works. In 1956, a group of her friends opened a club dubbed “The Cellar” on Green Street hosting jazz bands and a weekly poetry night. weiss worked at The Cellar as a waitress and on one of her nights off weiss captivated the audience as she read her poems accompanied by jazz
performers. It was said to be the first performance of its kind in San Francisco at that time. weiss held her own within her circle of Beat Poet contemporaries including Lawrence Ferlinghetti, Jack Kerouac and Kenneth Rexroth, Neal Cassady, and Jack Hirschman. Chronicle Columnist Herb Caen crowned her as the “Beat Generation Goddess Ruth Weiss.”

Art Peterson writes in his 2011 historical essay for the Telegraph Hill’s spring issue of The Semaphore, “The unsung heroine of The Cellar was poet ruth weiss, who worked as a cocktail waitress there during these years, but performed with great musicians such as Brew Moore and Ben Webster on Wednesday nights. She says, ‘Ferlinghetti and Rexroth were poets who read over jazz; but jazz was a part of me; I swung.’ ”

According to a recent San Francisco Chronicle article on weiss’ demise, weiss left San Francisco in the 1970’s and eventually moved to Albion after a brief residency in Inverness, California.

With over twenty books to her credit Weiss’s contributions to anthologies, and films, are legendary. San Francisco’s Beat Museum held a ruthfest celebrating her 90th birthday where Beat Poet Jack Hirschman honored Weiss with his poem “Ruthful.” Her works are included in collections around the United States and Europe. The most comprehensive collection is held at the University of California, Bancroft Library in Berkeley. An award-winning feature documentary called “Ruth Weiss, the beat goddess” directed by Melody C. Miller and produced by Elisabeth P. Montgomery has been making the rounds of film festivals and has won numerous awards.