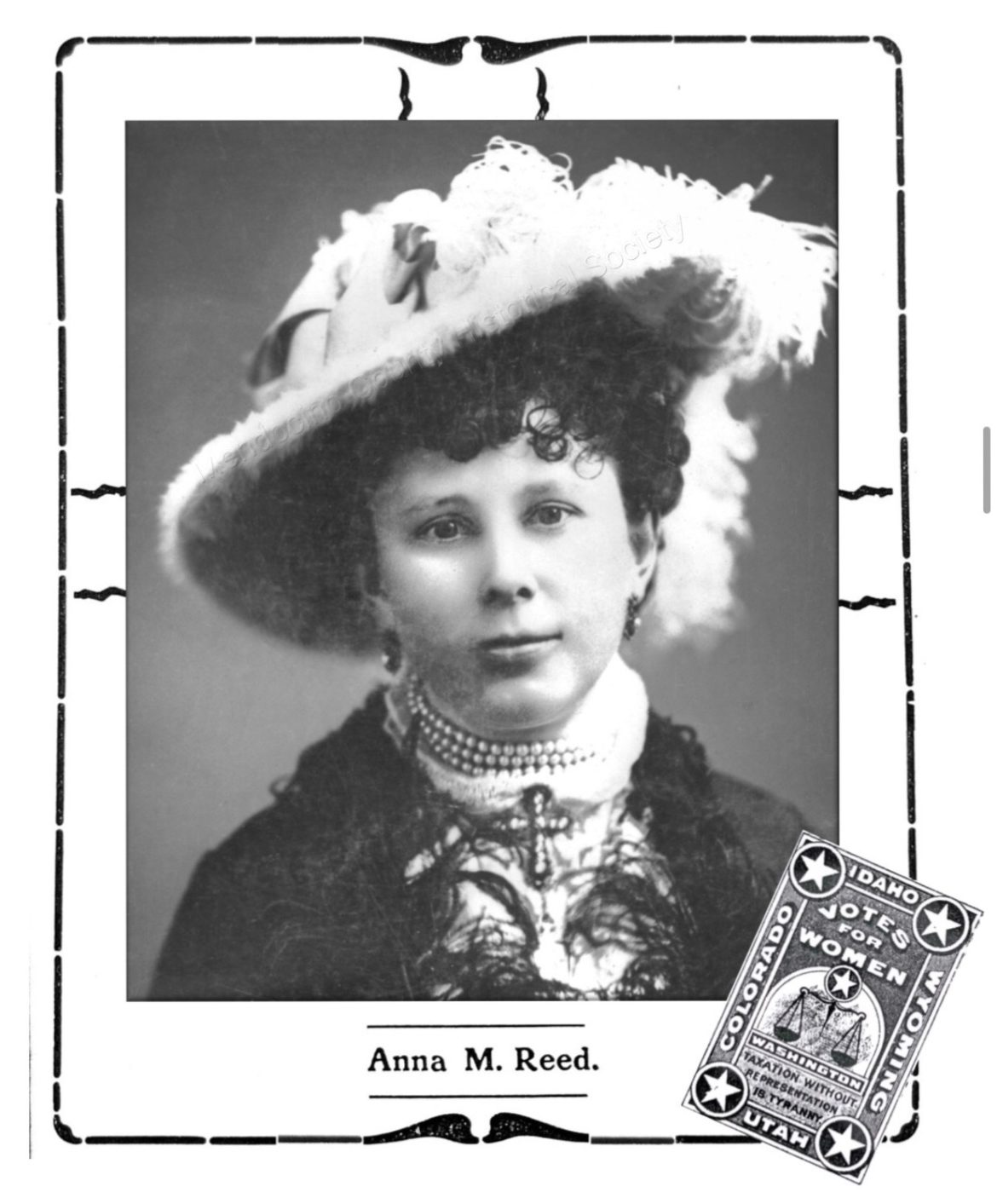 The following is a submission from the Mendocino County Historical Society, a non-profit organization dedicated to the mission of preserving and sharing Mendocino County history. More information about local history and the MCHS can be found on their website at at the end of the article.

This August 26th, 2020, is the centennial of the 19th Amendment, which prohibits the states and the federal government from denying the right to vote to citizens of the United States on the basis of sex. By 1920, 27 states* already permitted various levels of suffrage to women; however, federal adoption of full suffrage for women removed any remaining barriers and guaranteed that right.

While the 19th Amendment was monumental to voting rights in the United States, it failed to fully enfranchise women who were not white, as the same restrictions that applied to non-white men were extended to non-white women. Native American women were technically granted voting rights through the Indian Citizenship Act of 1924; however, many states still prevented them from voting. New Mexico was the last to enfranchise Native women in 1962. Asian American women were not fully enfranchised until 1952. The Voting Rights Act of 1965, protected voter registration and voting for racial minorities and it removed many of the final barriers for African American women but many Latin American women had to wait until 1975 when the Act was amended to include protected voter registration and voting for language minorities.

The ideologies and social movements that preceded and succeeded the adoption of the Amendment illustrate how entangled race and gender became in defining who could be a citizen of the United States and who could vote. Before 1776, women had the right to vote in several of the colonies, but by 1807, every state constitution had denied or limited women’s suffrage. The discrepancy between the rights afforded to each sex grew with the adoption of the modern ideology of separate spheres that emerged in the wake of the industrial revolution. When production was moved from the home to the factory, the home became a private and separate sphere. As a consequence, women were excluded from participating directly in production, which was viewed as adding value to society, and relegated to a separate and subordinate domestic sphere where their labor was unpaid. Politics and industry were male roles that took place in the public sphere.

The women’s suffrage movement was one part of a larger women’s rights movement. Almost as soon as the United States of America was formed, a small group of women began challenging the restrictions imposed on them by the newly formed government. The Second Great Awakening of the early 1800s led many women to challenge their traditional roles in religion and sparked social movements that aimed to perfect society. Two movements gained momentum in the 1830s; the temperance and abolitionist movements became the stage upon which many women discovered and exercised their limited political voices. Interest in the women’s rights movement, and the subsequent women’s suffrage movement, grew in the 1840s.

The women’s rights and abolitionist movements began with deep ties to one another. Fredrick Douglass signed the Declaration of Sentiments at the Seneca Falls Convention of 1848, and many suffrage leaders, like Elizabeth Cady Stanton, started their careers in the abolitionist movement. The debates that led up to the passage of the 14th (1868) and 15th (1870) Amendments, which granted all males citizenship and the right to vote, would split the two movements. Many suffrage leaders revealed definitive limits on their quest for equality after it became clear that black men would get the vote before white women. At the time, this development was considered degrading to white women. Women of color were left to organize themselves and continue on their battle for the right to vote.

Women of the Progressive Movement of the early 20th century faced new issues; increased immigration, urbanization, food adulteration, infant mortality, and prostitution. Progressive women saw themselves as the bulwark between the preservation of family life, the corruption and stink of cities, and their politicians. Women started to embrace the idea of the vote as a tool, rather than an idealistic principle. They believed voting would allow them to address political issues that affected women’s lives more than men’s. In addition, working women argued that the vote was needed for economic reasons, as they had no voice in defining their own working conditions.

Women’s participation in World War 1 provided the movement with a final push. Women performed men’s jobs during the war and supported the war effort on the home front. To continue to deny them the right to vote (aside from the fact that they were citizens) was seen as ungrateful; further, women were now seen to be capable of handling the demands of civic participation. Less than two years after the war, on August 26, 1920, the 19th Amendment was officially adopted into the Constitution.

Here are a few Mendocino County women who were challenging the status quo during the era of the Woman’s Rights Movement:

If you would like to learn more about these women, and others like them, you can purchase the Mendocino County Historical Society’s 19th Amendment Centennial Historical Journal or check out the MCHS on Facebook and Instagram. Please consider becoming a member of the MCHS. The MCHS is a non-profit organization and its members are crucial to its mission of preserving and sharing Mendocino County history. To join visit the organization’s website here.