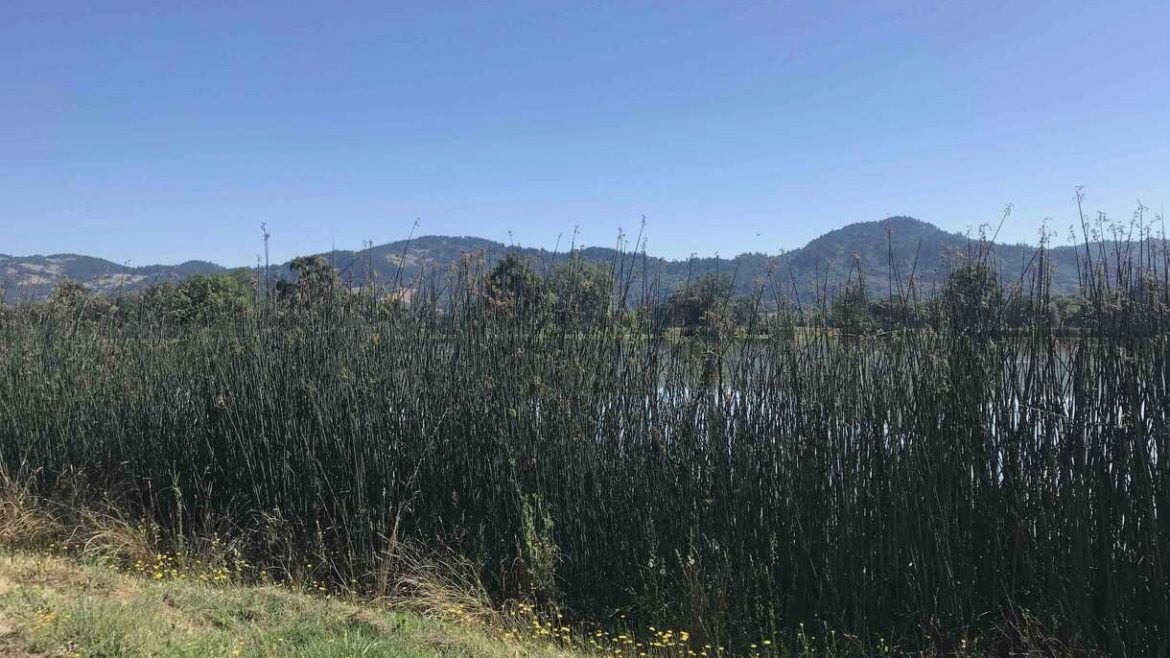 You can hear more about the state of the wetlands here, on KZYX radio’s website.

After six years of restoration and conservation, the 2,087 acre Willits Bypass Wetland in the Little Lake Valley is thriving — filled with thousands of native animals and almost two million native plants, according to two Mendocino County Resource Conservation District (MCRCD) employees, who work alongside CalTrans — wildlife biologist Marisela de Santa Ana and project manager Chris Barstow. The wetland, a mitigation project, is a result of the Willits Bypass on the U.S. Route 101.

In 2002, when CalTrans presented their first environmental impact report on the bypass for public comment, they received more than 400 comments from the public. Half of the comments requested non-freeway alternatives. The Willits Bypass wetland is a mitigation effort due to the fight against the 101 bypass and the deal CalTrans struck with those who opposed the new section of highway, explained Ellen Drell, who, as part of the Willits Environmental Hub, was a major voice in opposition of the bypass.

Head over to the KZYX radio website to hear more about the state of the wetlands.

2 thoughts on “Wetland in Willits’ Little Lake Valley is thriving”