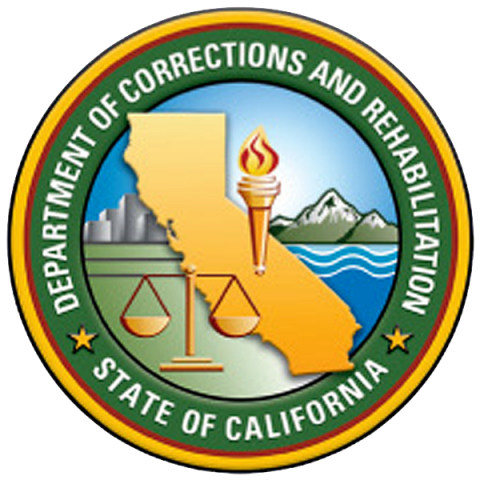 MENDOCINO Co., 7/11/20 — A Mendocino resident who has recently been released from California state prison, and was supposed to be sheltering-in-place at a hotel provisioned by the California Department of Corrections and Rehabilitation (CDCR), has been arrested and booked in to Mendocino County Jail, after violating the terms of his release. He is not one of the prisoners who are being released early due to the outbreak of COVID in California prisons, nor had he been held at San Quentin.

Richard Lovato, 56 of Ukiah, was released from prison and arrived in Ukiah yesterday, Friday, as part of a normal end to his prison sentence. He traveled on CDCR transport and was put up in a hotel in central Ukiah which the Department of Corrections uses to offer newly released prisoners a place to stay. He was on a post release community supervision, which included a prohibition on alcohol. Though not released due the pandemic situation, but rather because his sentence was up, he was nonetheless instructed to shelter-in-place (not quarantine), as a result of having entered the county. According to a press release from the MCSO, Lovato then left the hotel to purchase alcohol. When the county’s chief probation officer, Izen Locatelli, returned to the hotel and discovered Lovato had left, and had purchased alcohol, he arrested Lovato for violating the terms of his post release community supervision.

Lovato was booked into Mendocino County jail for 10 days, and will be quarantined there.

In a brief interview Mendocino County Sheriff Matt Kendall explained that the county government had not been informed of Lovato’s release until after he had been dropped of in Ukiah. This was some cause for concern due to the fact that the California penal system is facing its own microcosmic epidemic of COVID-19, amidst the larger pandemic.

“We didn’t know about it until the chief probation officer revived an email about 15 minutes after the guy was dropped,” said Kendall. The sheriff added, “A little bit of communication goes a long way, if we know it’s coming we can have systems in place.”

Statewide, 2,286 people in the prison system had been confirmed to have active cases of COVID as of Friday, and 31 had died. In addition, more than 700 staffers at the prisons had active cases of COVID. The crowded, and less than sterile conditions have made prisons hotspots in the pandemic. From a public health perspective the prisons can act as reservoirs of the disease, being transmitted to the staffers and then continually reinfecting the broader community.

On constitutional grounds, lawyers and advocates have argued, keeping people serving finite prisons sentences in prison during a pandemic, can in effect become a death sentence, and thus a violation of the Eighth Amendment.

For these reasons and others Governor Gavin Newsom is expected to release as many as 8,000 prisoners by the end of August, focusing on those whose sentences are nearly up, or whose age or health conditions make them especially vulnerable to the disease.

At least 11 such former prisoners are expected to arrive in Mendocino County in the coming days, with Kendall explaining that at least a couple have already arrived. These people are not people with active cases of COVID, and as such will be expected to quarantine, and asked to take a COVID test by Public Health.

While the CDCR has hotels rooms in Mendocino County for recently released ex-prisoners who may have difficulty finding housing, the county government is also working on having rooms avaliable for early release prisoners who may need to quarantine.

Either way, recent arrivals to the county are expected to shelter in place, explained Kendall, and in addition, Lovato’s conditions of release stated that he was not allowed to purchase or use alcohol.

Kendall elaborated that 11 people are expected to arrive from the state prisons in this round of early releases, though more could come later. Of those 11, three will be coming from San Quentin where the pandemic has been particularly acute.

Kendall said that he has spoken with State Senator McGuire, and made attempts to speak with Ralph Diaz, the California secretary of corrections, to establish better communication so that the county staff can be prepared and mitigate any risk of disease transmission.

He elaborated that he believes the important thing is for the sheriff’s office, probation, and public health to, “know how, when and where these folks are going to be released.”

He elaborated, “They’re our residents…if we know that they’re coming, that’s not the problem — the problem was that we didn’t know this guy was here.”

Kendall did sympathize with the state somewhat, saying, “The state is up against a wall too, they’ve got prisons with COVID in it.” But he also criticized the CDCR’s policy of moving prisoners between prisons, and thus spreading the disease across the system rather than leaving it localized at Chino where it had been earlier.

We just need to have more communication.”

Synopsis:
On 07-10-2020, Mendocino County Chief Probation Officer Locatelli learned the California Department of Corrections and Rehabilitation had released an inmate from prison and had placed him in a hotel in Ukiah California. This subject, Richard Lovato, was released on Post Release Community Supervision (PRCS) to be supervised by the Mendocino County Probation Department.

Chief Locatelli, along with Mendocino County Sheriff Kendall, met with Lovato and provided him with instructions to shelter in place, abide by the terms of PRCS, and follow all orders of the Mendocino County Health Officer. Lovato was also fitted with an ankle monitor, which would show he was remaining where he was ordered to be.

Lovato was transported and booked into the Mendocino County Jail on a flash incarceration pursuant to 3454(c) PC. Lovato will be held in custody without bail for up to 10 days.

2 thoughts on “Ukiah man released from prison booked into Mendocino Jail after violating parole; man was not a COVID related release”