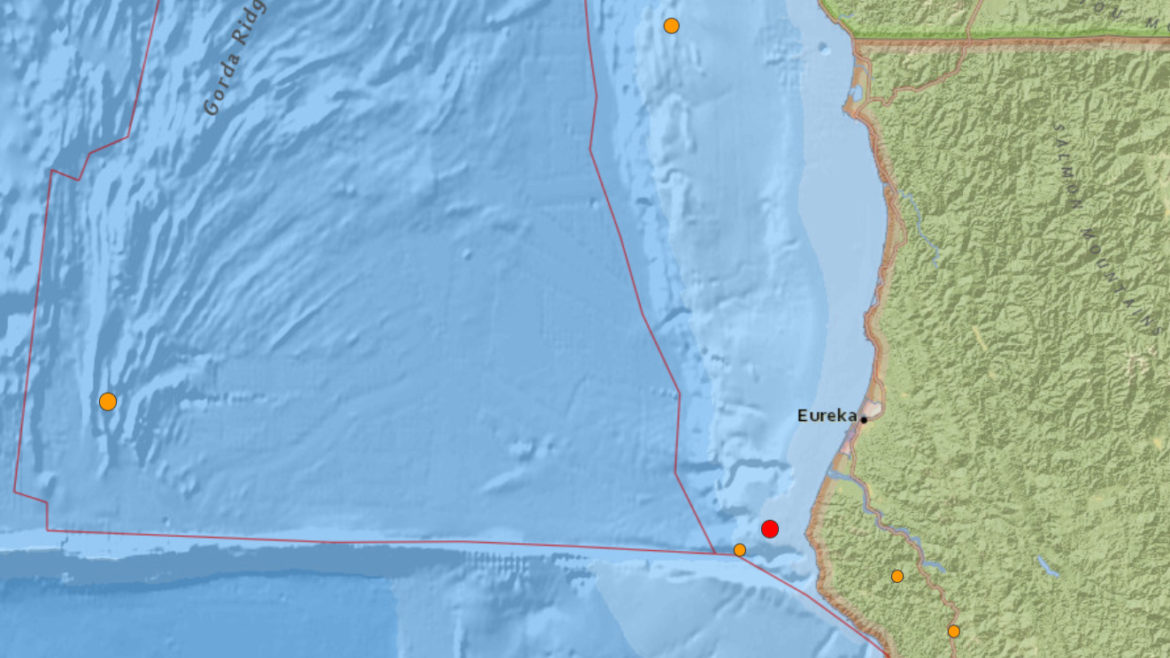 WILLITS, 5/19/20 — One more sizable earthquake hit Humboldt County this morning at about 8:58 a.m. Measuring 4.2 in magnitude, the tremor struck some 16.7 miles from Petrolia, in the Pacific Ocean off Cape Mendocino, near the Mendocino Triple Junction where the North American, Pacific and Gorda tectonic plates meet.

The United States Geological Survey is showing that there has been a swarm of notable quakes in the past couple days in that general vicinity: in the past three days, four quakes in the 2.5 range struck in an arc from just off Cape Mendocino, down through Redwood State Park, and to Garberville.

Farther off, about 150 miles out to sea where just the Gorda and Pacific plates meet, there were another three large quakes in the past couple days: a 4.4, a 4.7, and a 5.5. None of these quakes triggered a tsunami warning.

While this level of quake activity is notable, and somewhat above average, it is not in fact unusual given that the North Coast is one of the rare places on earth that sits at the juncture of three tectonic plates.