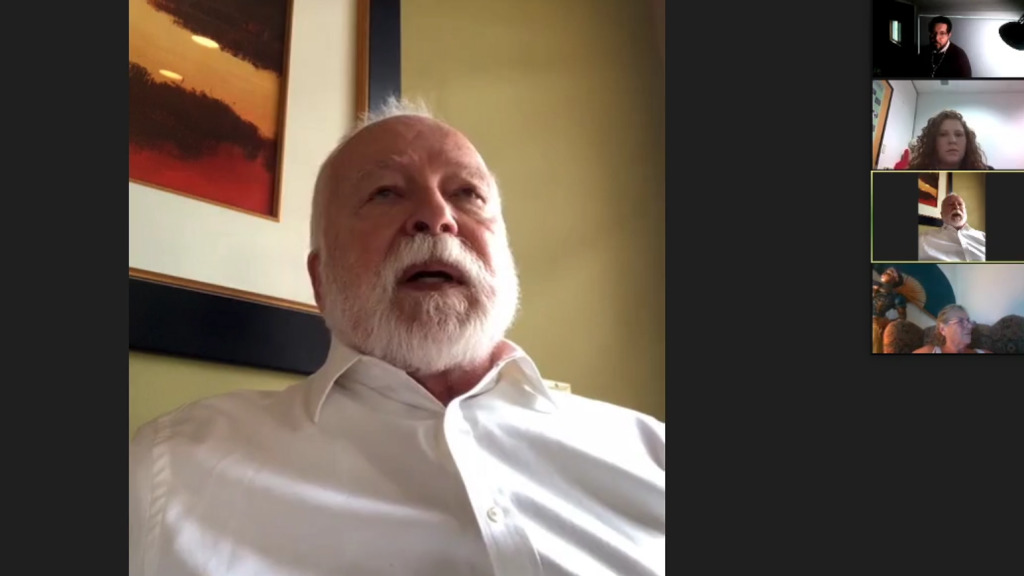 Dr. Joe Iser who will not be hired as public health officer.

MENDOCINO Co., 5/19/20 — In close session this afternoon the Mendocino County Board of Supervisors decided to not hire Dr. Joseph Iser for the position of public health officer. They instead offered the position to no one, and will be seeking mutual aid from the state, as well as exploring the possiblity of extending or modifying the role of the current public health officer, Dr. Noemi Doohan.

Iser had been strongly considered for the role, and there had been every indication that he would be hired, but recent concerns surrounding the manner of his departure form previous jobs, public opinion, and media reports about problems with Iser at his last job in Nevada, appear to have stymied his hiring. (Watch our interview with Iser)

Given the limited hiring pool and salary concerns, rural counties including Mendocino often struggle in hiring top positions. In the case of the public health officer, finding a candidate has been an ongoing process, and Dr. Doohan has technically been serving on an interim basis after the previous officer departed. However, if the position is not filled then the county will lose some autonomy as it pertains to public health decisions, and will have to take direction directly from the state.

As is standard practice for personnel matters, the Board discussed the issue in closed session. After 5:30 p.m. they reconvened in public session to announce that they would not be hiring a new public health officer. Instead they directed CEO Carmel Angelo to make a request with the State of California for mutual aid. Angelo will be working with the state to see if they can provide someone to act in some of the capacities of a public health officer.

In brief interviews Supervisor Ted Williams and Chair John Haschak explained that though Dr. Doohan was slated to leave the position on June 1, it was also the plan that she would remain as a consultant during a transition period. Now more options are being explored around what roles Doohan could continue in with some help or collaboration with whomever the state sends.

Williams said of the decision, that though he could not comment on certain matters in closed session, “Personally my concerns would be my own fact checking, potential red flags. He looks like he’s probably technically qualified but this morning I didn’t go into the meeting — I felt like I would need more.”

It is possible that the state will send someone to fill some of the duties of public health officer, and Williams noted that such a person might be a de facto replacement health officer, or someone do to more routine work under Dr. Doohan who could retain the title of health officers. Such an arrangement would appear to be a possible effort to retain local autonomy.

Asked if this would save the county some money at the cost of autonomy, Williams noted that “mutual aid isn’t always free,” and said that he was unsure if Mendocino County would asked to foot the bill for state personnel.

Supervisor Haschak said that he hopes to have Doohan “collaborate with whomever comes from the state.” Adding, “and we might have have to revisit her role after June.”

The Board also reported out of close session that Christian Curtis who as been working as acting county counsel will be hired on officially as county counsel.

7 thoughts on “Mendocino Co. will not hire Iser, Doohan likely to continue in some role”