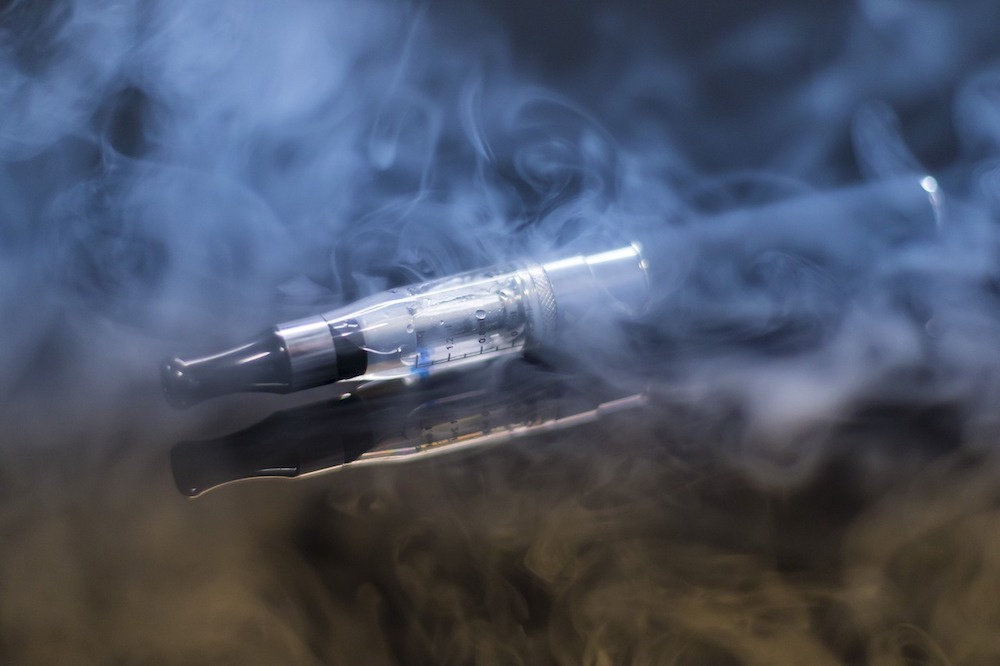 MENDOCINO Co., 9/25/19 — With hundreds of cases of vaping-related illnesses at least two deaths being reported nationwide, including 90 in California, officials at the California Department of Public Health recommended people stop vaping. The warning follows an executive order from Governor Gavin Newsom last week concerning vaping and the impacts on youth, which will place additional restrictions on e-cigarette sales and fund an outreach campaign about the dangers of vaping.

Over the last several weeks, reports of over 500 cases of vaping-related illnesses, as well as at least several deaths, have drawn nationwide concern, while the exact cause of the illnesses remains unknown. Vaping related illnesses have been found in both tobacco and cannabis smokers, and media coverage has pointed to potential causes ranging from oil thickening additives such as Vitamin E oil or flavor additives, to potential contamination from unlicensed or counterfeit oil cartridges. President Donald Trump has stated he may consider banning vaping products, and Rhode Island, Michigan and Massachusetts have temporarily banning the sale of vaping products. In California, San Francisco banned the sale of e-cigarettes in June. The CEO of leading e-tobacco company Juul has stepped down amidst the controversy.

Symptoms of the vaping illness include difficulty breathing, along with ”cough, shortness of breath, chest pain, nausea, vomiting, diarrhea, fatigue, fever, and weight loss.” If you experience these symptoms, public heath officials recommend you seek medical attention and discontinue using the associated product — moreover, it is recommended you bring the cartridge in question to health officials for further testing. All commercial cannabis sold in California is required to meet public health safety standards via third party testing. You can check whether a California cannabis company has a current commercial license at this link.

More information about the outbreak from California’s public health officials can be read here. Leafly has also put together a guide of “how to spot a fake vape cartridge,” and an examination of the potential causes, that you can check out. Here’s the full announcement from the Mendocino County Public Health Department:

California Department of Public Health Issues Public Health Advisory Urging Everyone to Refrain from Vaping Health Advisory Warns About Imminent Public Health Risks
SACRAMENTO – The California Department of Public Health (CDPH) issued a health advisory today urging everyone to refrain from vaping, no matter the substance or source, until current investigations are complete. The health advisory follows an executive order signed by Governor Gavin Newsom last week to confront the growing youth epidemic and health risks linked to vaping.
As of September 24, 2019, CDPH has received reports that 90 people in California who have a history of vaping were hospitalized for severe breathing problems and lung damage, and two people have died. Across the U.S., there are more than 500 reports of lung damage associated with vaping across 38 states and 1 U.S. territory, and more reports are coming in nearly every day.
“We are seeing something that we have not seen before,” said Dr. Charity Dean, Acting State Public Health Officer. “There are numerous unknown factors at this time, and due to the uncertainty of the exact cause, it is our recommendation that consumers refrain from vaping until the investigation has concluded.”
CDPH, along with other states, the Centers for Disease Control and Prevention (CDC), the U.S. Food and Drug Administration (FDA), local health departments, and healthcare providers are working hard to investigate what is in the vape materials that is making people sick.
Although CDPH regulates manufacturers of cannabis vaping products to ensure they are as safe as possible for those who choose to vape, CDPH warns that all individuals put themselves at risk any time they inhale a foreign substance into their lungs. The risk of vaping for any individual may include serious illness and death. “Vaping is not just a concern for youth; the vaping cases under investigation affect youth and adults alike,” said Dr. Dean.
If you experience difficulty breathing after vaping, contact your doctor immediately. You may also experience other symptoms including: cough, shortness of breath, chest pain, nausea, vomiting, diarrhea, fatigue, fever, and weight loss. If this happens to you, do not
discard any used vaping cartridges you might have, as CDPH is interested in testing the remaining substance in used cartridges. Those cartridges are being collected by local health departments and sent to CDPH labs for analysis.
In California, licensed cannabis retailers are required to sell products obtained from a licensed cannabis manufacturer that have been tested by a licensed laboratory. Cannabis products sold by licensed sources are tested for a variety of chemicals, pesticides, microbial impurities, and heavy metals. Illegal cannabis dispensaries sell unregulated and untested cannabis products and absolutely should not be used.
CDC continues to warn that any tobacco product use, including e-cigarettes, is unsafe. Furthermore, use of cannabis and tobacco products remains especially unsafe for youth, and for pregnant or breastfeeding women.
The Governor’s executive order directed CDPH to launch a $20 million statewide digital and social media public awareness campaign to educate youth, young adults and parents about the health risks associated with vaping nicotine and cannabis products. CDPH is also tasked with developing recommendations to reduce smoking among young adults and teens by establishing warning signs with health risks where vaping products are sold and on product advertisements.
For more information on the risks of vaping and today’s health advisory, read “Vaping Related Lung Illness: A Summary of the Public Health Risks and Recommendations for the Public.”