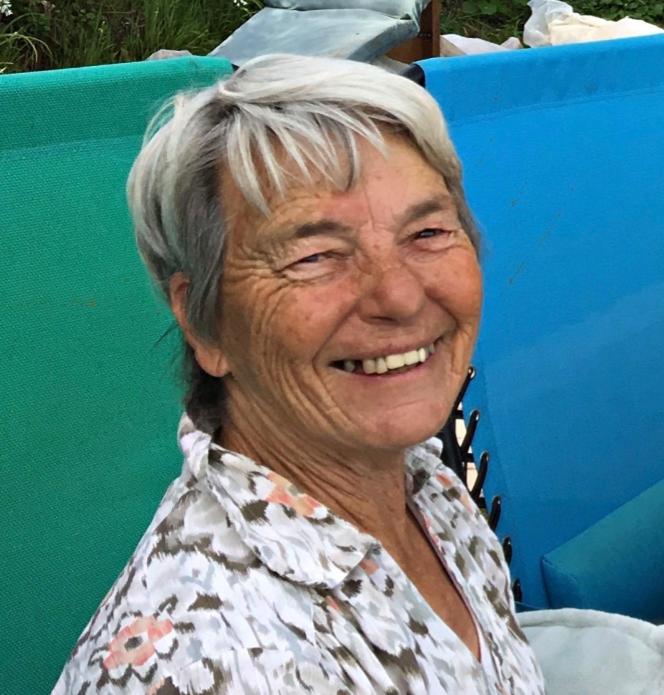 Marie Cecile DeSantis, born March 24, 1945, passed away from a prolonged illness on Thursday June 20, 2019. She is survived by brother Martin DeSantis, and brother Daniel DeSantis and sister-in-law, JoJo DeSantis. She leaves behind countless friends and colleagues all over California, the states and the world.

Marie was passionate and she was powerful. She once described herself as a “living legend”, and left behind an enormous legacy of work. She is the author of four books, “Molly, The Longline Fisher, “Neptune’s Apprentice “, “California Currents”, and “Starfish Detectives”. Her written works reflect her years as one of the first women to fish commercially, chasing the fish from Columbia to Alaska. Affectionately known as “The Captain”, she never lost her love and respect for the Pacific Ocean, continuing to fish here in Anchor Bay, sharing her boat and her knowledge with friends. She performed environmental testing work locally and is well known to the older fishing community as a champion for the rights of fisherman, demanding fair pay and many regulations on fishing safety.

Subsequent to fishing commercially, Marie became a major figure in the fight for womens’ rights as the Director of The Women’s Justice Center in Santa Rosa. From the 1990’s until recently, she focused on helping women and girls who were victims of rape, domestic violence and child abuse; this service was provided free of charge. The organization was involved in grassroots efforts toward improving the criminal justice system, and with a large percentage of Latina clients, the center was simply known as “Justicia”. The website will continue as an archival resource, see  justicewomen.com. Until very recently, she worked behind the scenes providing emotional support to victims and their families primarily in Sonoma and Mendocino Counties. Her unflinching tenacity earned her the nickname “Bad Ass Angel” – Marie loved this moniker and lived up to it. She helped put away many perpetrators of violence against women and girls. Marie said, “Because I believe the problem is completely solvable and that the liberation of women’s energy from violence will change the world.”

Marie’s awards include:  State of California Legislature Woman of the Year 2001, Jefferson Award 2006, and just two months before her death on April 25, 2019, Senator Jared Huffman Honored her life’s work with a Certificate of Special Congressional Recognition. She was unable to attend the event due to her illness.

There will be a celebration of her life here in Anchor Bay later in the year.