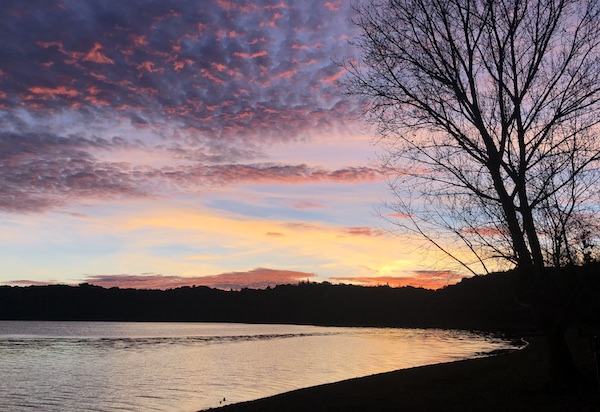 MENDOCINO Co., 4/10/19 — Lake Mendocino is many things to many people — a place to take the boat out, or gather with family and friends, a campsite and also a temporary home for people displaced by by wildfires. The Lake is owned and operated by the U.S. Army Corps of Engineers, which is in the process of revising the “master plan” for the future of lake, and they want to hear from you about what you’d like to see happen there.

The Army Corps has released a draft master plan, which includes plan for recreational use, future development, and more. There is currently a 30 day public comment period to solicit input about the draft plan open from April 9 until May 8. The agency will be holding a public meeting in Ukiah on April 16 where you can talk to staff and tell them what you think, but you can also submit comment by email. The agency held a similar meeting during an earlier stage of putting together the plan in February, 2018, and public comment from that meeting and this one will be addressed in the plan’s revisions.

Here’s where you can read the draft plan in full, and you can submit comment by emailing [email protected] The meeting will take place on Tuesday, April 16, from 5 – 8 p.m. at Ukiah High School on Low Gap Road.

SAN FRANCISCO — The U.S. Army Corps of Engineers San Francisco District will hold a public meeting on Tuesday, April 16, in order to receive public input that will shape revisions to the Lake Mendocino Master Plan. The public meeting is part of a 30-day public review period (April 9, 2019 to May 8, 2019), during which members of the public can submit written comments to the Corps on the Draft Master Plan and Environmental Assessment.

Master Plans are developed with every Corps project for which we have administrative responsibility for management, and these plans guide the use of resources for recreation and other purposes. The plans are written to include future possible developments on public lands, and they are intended to ensure the sustainability of the lakes and surrounding public lands now and into the future.

A public meeting, including presentations and open house, will be held in Ukiah regarding the master plan revision. The meeting date, time, and location are as follows.

The public is encouraged to provide input during the public review period which ends on May 8, 2019. A PDF copy of the revised 2019 draft Lake Mendocino Master Plan can be found at: https://www.spn.usace.army.mil
/Portals/68/docs/Environmental
/Draft_LMendocino_Master_Plan_Revised2019.pdf

Email your comments about the plan to: [email protected]

The U.S. Army Corps of Engineers owns and operates Lake Mendocino in Ukiah, Calif., and is one of the nation’s leading federal providers of outdoor and water-based recreation.

April 10, 2019 press release from the Army Corps of Engineers.