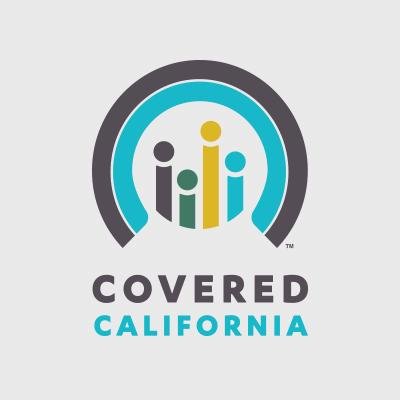 WILLITS, 12/12/18 — The deadline to sign up for the state health care program, Covered California, to receive health care coverage beginning in January, 2019 has been extended to Dec. 21. Covered California is the state program that runs California’s health insurance exchange, where you can purchase health insurance and received subsidies for that purchase through the Affordable Care Act (ACA), often referred to as Obamacare. It’s also the simplest way to be enrolled in Medi-Cal.

The ACA has been challenged in court essentially since it passed into law and last week a federal judge in Texas ruled it unconstitutional, but this does not in anyway impact Covered California’s open enrollment period. That judge issued no injunction against the law, meaning that until the appeals process finishes up, likely at that U.S. Supreme Court, the law remains unaltered and in effect — and Covered CA is stressing that the ruling has no effect on health programs in California currently. In the long run, whether or not Obamacare, Covered CA, and the expanded form of Medi-Cal that it has enabled, continue to exist will depend on the Supreme Court.

Previously, if you were looking for health insurance coverage beginning January 1, you had to renew your health plan or sign up for a new one by December 15, however, with the state’s extension of the deadline by a week, you now have till this Friday, Dec. 21. If you don’t sign up by then, you’ll still be able to enroll through January 15, but your health insurance coverage will start after Feb. 1 instead.

More than one million Californians are eligible to enroll in Covered California, and nine out of ten enrollees were able to receive financial assistance to cover medical costs. If you’re not sure if you are eligible, you aren’t alone. “New research shows that 82 percent of uninsured consumers surveyed, who are eligible for financial help to pay their monthly health care costs, do not know that they qualify for subsidies that can help bring that life-saving coverage within reach,” according to a recent press release from the agency.

To enroll in the program, go online to www.CoveredCA.com, or contact your local health care clinic or provider to find a local person who can provide free, confidential assistance to get you signed up. You can also enroll by calling Covered California toll-free at (800) 300-1506.

Texas District Court’s ruling on the constitutionality of the Affordable Care Act has no impact on Covered California’s open enrollment period.

Covered California is extending today’s deadline to Friday, Dec 21, for consumers who want health care coverage that starts on Jan. 1, 2019.

While open enrollment ends in 44 states on Saturday, California is one of seven health insurance marketplaces which will enroll consumers after Dec. 15, serving 25 percent of the U.S. population.

SACRAMENTO, Calif. — Covered California announced an extension of the first major deadline to have health insurance starting Jan. 1 in response to a surge of interest in enrollment and to ensure consumers have ample time to enroll amid news reports of a legal ruling on the Affordable Care Act. The announcement comes on the final day of the federal open enrollment period, and hours after a Texas United States Court District Court Judge declared the Affordable Care Act unconstitutional.

“Open enrollment is full-steam ahead and continues in California and other states for several more weeks,” said Covered California Executive Director Peter V. Lee. “No one in California should let this ruling discourage them from enrolling in health coverage or be worried about using the health plan they have.”

Federal officials have indicated that the law will remain in place pending appeal.

“This case will wind its way through the courts and I’m confident the Supreme Court will once again do the right thing and uphold the Affordable Care Act,” Lee added.

While the open-enrollment period for health insurance ends for most of the country on Saturday, Covered California reminds consumers that they will be able to sign up all the way through Jan. 15, 2019.

“For most of the nation, the open-enrollment period ends tonight, but that’s not the case in California,” Lee said. “Covered California will be open for another month. We put consumers first, making sure they have time to find the plan that best fits their needs.”

In addition to reminding consumers about Covered California’s longer open-enrollment period, Californians will also have more time to sign up for coverage that starts on New Year’s Day. While Saturday marked the original deadline, consumers will now have through Friday, Dec. 21, to select a plan that will start on Jan. 1.

Consumer interest has surged in the past week, with approximately 58,000 people signing up for coverage since Monday, including 12,000 on Thursday and 17,000 on Friday. The increased pace brings the number of new enrollees to select a plan during the current open enrollment period to 179,000. An additional 1.2 million Covered California consumers have renewed their existing coverage for 2019.

“We have seen tens of thousands of people flood into Covered California over the past week, and we want to make sure that everyone can start the new year off right by being covered,” Lee said. “While we have been considering a deadline extension for some time, the potential confusion surrounding this ruling means giving our consumers five more days to enroll is the right thing to do.”

Consumers can easily find out if they are eligible for financial help and see which plans are available in their area by entering their ZIP code, household income and the ages of those who need coverage into Covered California’s Shop and Compare Tool.

“We know that four out of five uninsured Californians who are eligible for financial help either do not know or mistakenly think they do not qualify,” Lee said. “If you have checked before, take the time to check again, and don’t leave money on the table when you can get the peace of mind and protection that comes with health care coverage.”

Those interested in learning more about their coverage options should go to www.CoveredCA.com, where they can get help to enroll. They can explore their options and find out if they qualify for financial help by using the Shop and Compare Tool. They can also get free and confidential enrollment assistance by visiting www.coveredca.com/find-help/ and searching among 700 storefronts statewide or 16,000 certified enrollers who can assist consumers in understanding their choices and enrolling, including individuals who can assist in other languages. In addition, consumers can reach the Covered California service center by calling (800) 300-1506.

Covered California is an independent part of the state government whose job is to make the health insurance marketplace work for California’s consumers. It is overseen by a five-member board appointed by the governor and the Legislature. For more information about Covered California, please visit www.CoveredCA.com.

It’s open enrollment time for millions of Californians who’ve enjoyed health insurance and quality medical care through the Affordable Care Act. And Covered California, the state agency that administers the law, once again is leading the charge to get people signed up.

“The Affordable Care Act is now irrevocably woven into the fabric of America,” said Covered California Executive Director Peter V. Lee. “We are not going back to the days when health insurance companies could turn people away because of a pre-existing condition. Instead, we are looking forward to strengthening a system that is working and building on the historic gains we have made.”

Consumers must sign up for new health insurance and renew or change existing health plans by Dec. 15 to have their coverage begin on Jan. 1, 2019. Covered California enrollment will continue through Jan. 15.

“We know that life can change in an instant, and it’s important to have health coverage when it does,” Lee said.

An estimated 1.1 million uninsured Californians are eligible to enroll in Covered California and new research shows that 82 percent of uninsured consumers surveyed, who are eligible for financial help to pay their monthly health care costs, do not know that they qualify for subsidies that can help bring that life-saving coverage within reach.

Last month Covered California launched an ad campaign that shows that the average consumer pays $5 a day for health insurance, with many paying much less. Consumers can find out whether they qualify for financial help, and see which plans are available in their area with the Shop and Compare Tool.

“No one wants to face a million-dollar medical bill alone, which is why you need health insurance, and a plan through Covered California will protect you and your family when you need it,” Lee said.

Those interested in learning more about their health coverage options can go to www.CoveredCA.com,
where they can enroll online or get free, confidential help to sign up for health plans from local certified enrollers in their area. Consumers can also enroll by calling Covered California’s service center toll-free at (800) 300-1506.