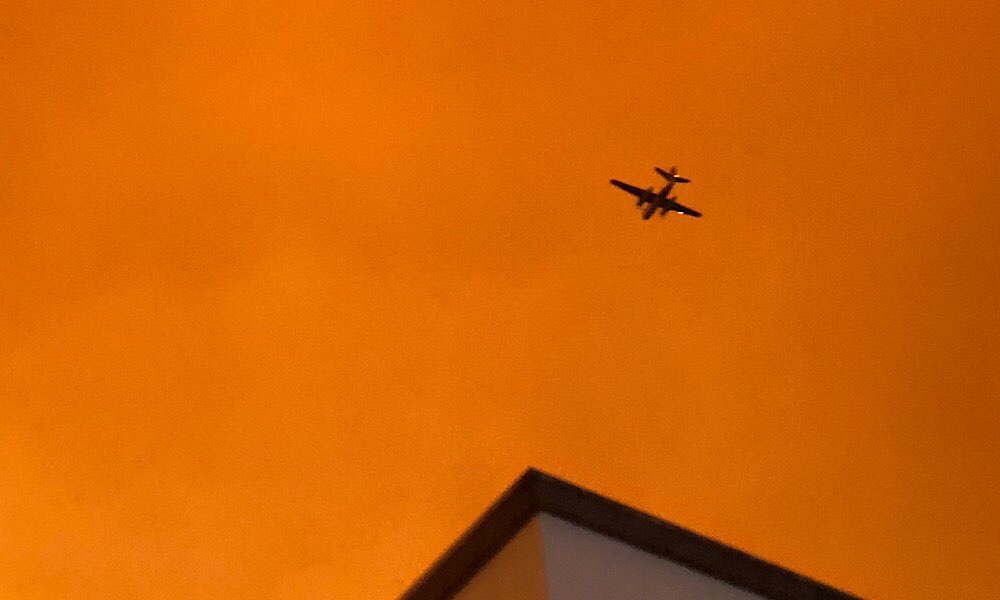 A tanker returns to Ukiah, with the smoke from the Camp Fire in Butte County, above it.

UPDATE 5:55 p.m. — Cal Fire is saying that the Brushy Fire near Dos Rios, off of Hwy. 162, remains at 20 acres, and firefighters are making progress, but will likely remain their overnight fighting the blaze and, hopefully, mopping up.

UPDATE 3:30 p.m. — A steady stream of Cal Fire aircraft have been taking off and landing at the Ukiah Airport, and local departments continue to send resources to the Brushy Fire near Dos Rios. We do not have an official update on acreage or containment from Cal Fire, we just know that firefighting efforts remain substantial and continual.

MENDOCINO Co., 11/8/18 — A new wildfire is burning in the vicinity of the Dos Rios area, off of Hwy. 162. The fire appears to have started on the edge of a controlled burn preformed a couple weeks ago, and is being called the “Brushy Incident.” As of about 12:30 p.m. Cal Fire was reporting that the fire is at 20 crews with 25% containment and a slow rate of spread.

The smoke that is wildly visible across the county is not from this local fire, but instead from a much larger wildfire burning in Butte County, near Paradise.

A major commitment of resources has been made to this Brushy Fire, including several local departments, two inmate hand-crews, five Cal Fire engines, a helicopter and a whole compliment of tanker aircraft. According to scanner chatter the fire ignited along the edge of the old Brushy Incident, along a ridge and is moving into the Eel River Canyon.

Here is the CalFire fact-sheet on the incident: