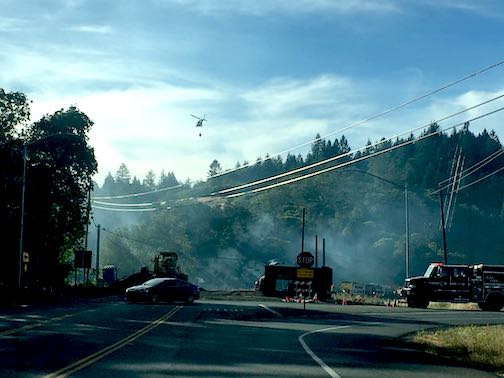 A photo from the north exit at the Willits bypass. 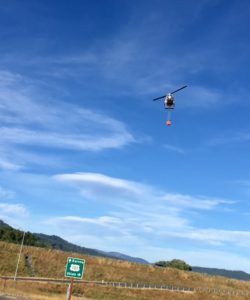 One of the choppers on the scene.

UPDATE: 6:55pm: The fire has been contained, the total size was about half an acre. The CalFire 101 chopper has been released — fire fighters are now estimating about two hours to mop up the fire.

WILLITS, 6/16/17 — Scanner traffic indicates that there is a fire on near the north end of the Willits Bypass, CalFire and Little Lake Fire have responded. CalFire has sent a helicopter. 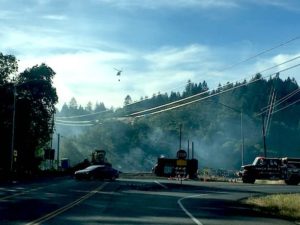 A photo from the north exit at the Willits bypass.

The fire is described as a wildland fire, at about 1 acre, at the end of Main Street just northwest of the interchange for the North Main Street exit. A Cal Fire spokewoman confirmed that the fire is occurring north of the Willits bypass and “units are now on the scene.” 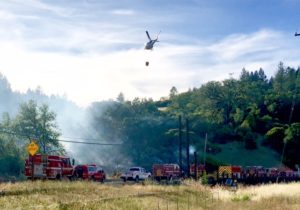 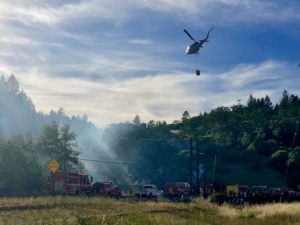