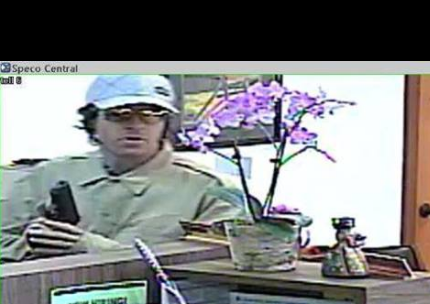 MENDOCINO Co., 6/16/17 — Here are the details of a bank robbery that occurred in Gualala yesterday. The suspect is still at large and presumably armed. Law enforcement is asking for tips, if you have any info call the Mendocino County Sheriff’s Office tip line at 707-234-2100.

It’s unclear from the press release how much money was stolen.

The follow is a press release from the MCSO: 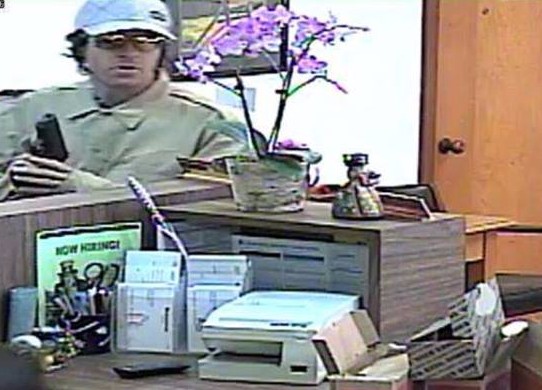 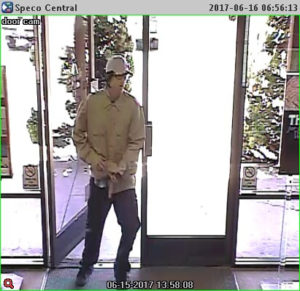 Synopsis:
On 06-15-2017 at 2:04 PM the Mendocino County Sheriff’s Office dispatch center received a 911 call reporting an armed robbery of the Westamerica Bank located in Gualala, California.

Upon arrival the Deputy learned the suspect had entered the bank at approximately 2:00 PM while armed with a handgun.  The suspect took bank employees hostage and demanded they produce and provide him with US currency.

During this process the robbery was interrupted by a bystander who had entered the bank to investigate their observations of the suspect entering into the bank.

The suspect fled the bank on foot with an undisclosed amount of US currency and was last seen running into a wooded area along Church Street to the north of the bank.

A search of the wooded area was conducted by the Sheriff’s Deputy and his K9 partner and the suspect was not located.

The suspect was described as being a white male adult approximately 25-35 years-old, approximately 5 feet 9 inches to 5 feet 10 inches tall and having a slender build of approximately 160-170 pounds. 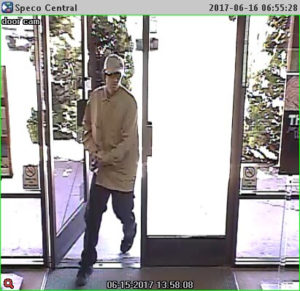 The suspect was described as wearing a baseball hat, sunglasses, a wrinkled beige/khaki button up baggy fitting shirt, baggy fitting black pants and dark green or black shoes.  The suspect appeared to be wearing a back wig and was in possession of a black semi-automatic handgun.

Photographs of the suspect obtained from a bank security camera are attached to this press release.

Sheriff’s Office Detectives were summoned to the bank and further investigations were conducted into the robbery including notification to the Federal Bureau of Investigations (FBI).

Anyone with information in regards to the robbery are urged to contact the Mendocino County Sheriff’s Office Tip-Line by calling 707-234-2100. 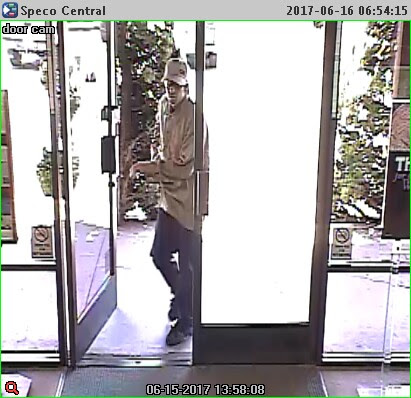