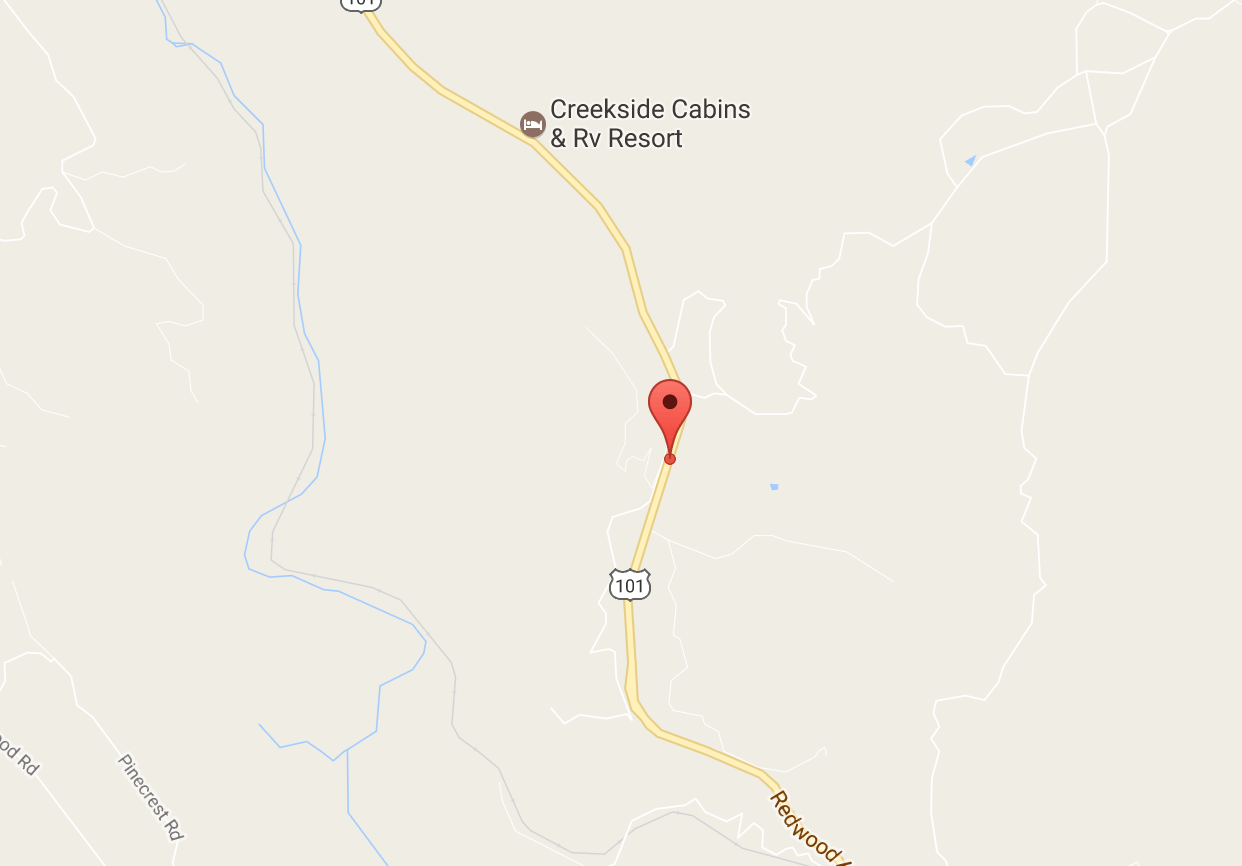 Location of the accident according to the CHP incident page.

UPDATED 9:20pm: CHP is reporting the roadway is now clear.

8:45pm: CHP is reporting no injuries on the incident page. The vehicle is on its roof, Ukiah Auto Dismantlers has been called.

In addition, previously there was also a hit and run by the rest stop between Willits and Laytoniville but that has since been cleared. There is a two vehicle collision at the Laytonville Chevron, as of 8:15 it was unclear if there were any injuries.

ORIGINAL POST: A single vehicle rollover on Highway 101 is blocking southbound lanes and part of the northbound lane just south of the Creekside Cabins north of Willits. The officer on the scanner said it may have been a Honda Civic, but was unsure. We will update as information becomes available. 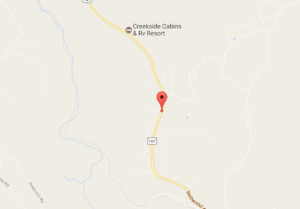 Location of the accident according to the CHP incident page.