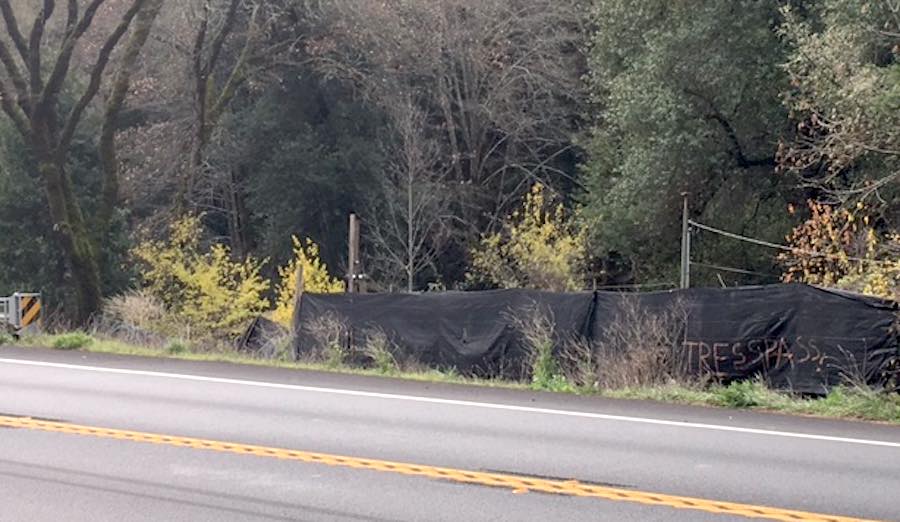 The fence near where the SWAT team was spotted this morning warns trespassers of dog bites. 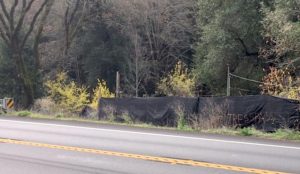 The fence near where the SWAT team was spotted this morning warns trespassers of dog bites.

UPDATE Dec. 6: MCSO has released a press release on the incident, which included two arrests. They’ve also offered an explanation of when and why the county’s SWAT team is called in, read about it here.

UPDATE: Dec. 4, 4:30pm: One person was arrested this morning, confirmed Captain Gregory Van Patten of the Mendocino County Sheriff’s Office. Van Patten said “The Mendocino SWAT Team (comprised of personnel from Mendocino County wide agencies) assisted in the service of an arrest warrant in that area this morning where one person was arrested without incident.” No further information is available at this time, and there are no current bookings in the MCSO booking logs from north of Laytonville. 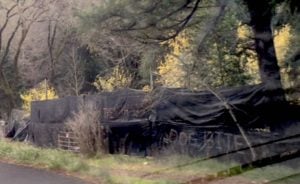 A view of the location on Highway 101 where the SWAT team was seen. One arrest occurred in this morning’s incident.

ORIGINAL STORY: Mendocino County Sheriff’s Office vehicles in a “convoy” were spotted this morning north of Laytonville, possibly on the way to raid a residence, reports Kym Kemp at Redheaded Blackbelt. As of about 10:30 am the vehicles were seen stopped south of Bell Springs Road and north of Area 101, across from the abandoned structures on east side of the highway. 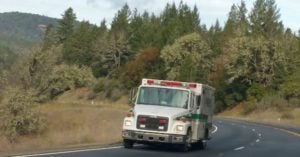 A witness sent this photo of an emergency vehicle leaving the area, courtesy of Kym Kemp.

“Readers reported seeing “a convoy” with an “armored car” and officers wearing “helmets and Kevlar vests” gathered at the CDF (California Department of Forestry) station north of Laytonville about 9 a.m.,” Kemp writes. Witnesses also sent a photo including what appears to be an emergency vehicle. After leaving Laytonville, the vehicles were seen heading north to the area south of Bell Springs, where they had stopped at about 10:30 am. MCSO vehicles can be seen in the photo below. 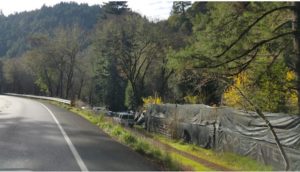 The Sheriff’s vehicles were seen stopped here on Highway 101, north of Area 101 and south of Bell Springs Road, around 10:30am. Courtesy of Kym Kemp.

Mendocino County Sheriff’s Office dispatch said at 11:50am that “it was probably a training exercise” and that if there was a situation the public needed to be aware of, “we would have sent out a reverse 911.”

Have you seen anything? Please contact us at [email protected] or on Facebook with any additional information. You can see additional photos and information at Kemp’s site here. We’ll be updating as any more information becomes available.