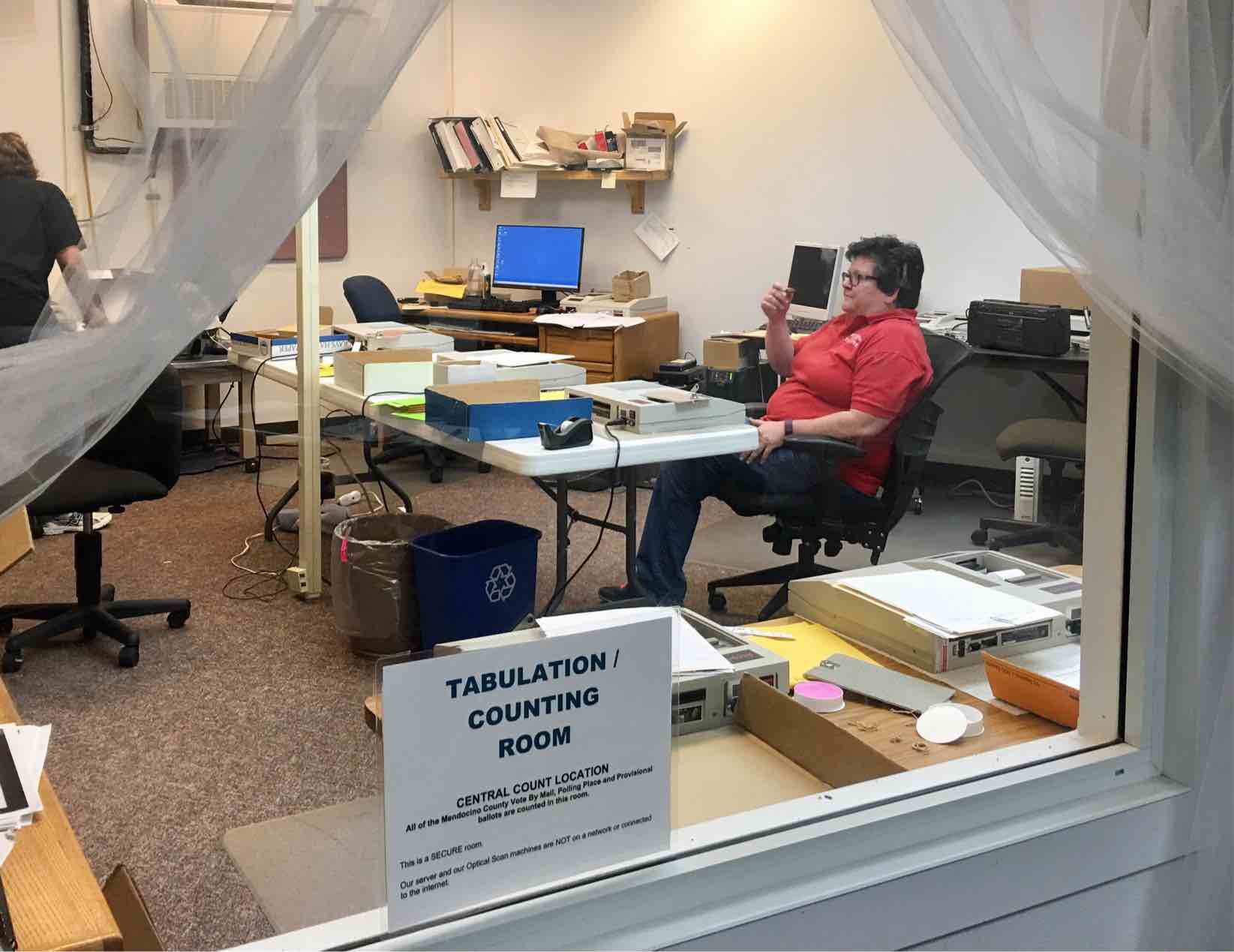 MENDOCINO COUNTY — Though the election was three days ago now, and the rest of the country and state is certain about the winners and losers, Mendocino continues counting ballots and wondering about how various races will shake out — 26,567 or 68.83% of ballots in the county have not been counted, and the final count may not be available for up to three and a half weeks. However, the county clerk’s office has put out the latest figures on the ballots remaining to be counted. County Clerk Sue Ranochak told the Voice that she doesn’t make predictions, and that she has until 28 days after the election to provide the final count.

Because the county election offices goes through a complex multi-step process, they do not immediately process all the ballots, nor know exactly how many ballots were even cast. Today they released a count of the total number of ballots cast in the count, and what kind of ballot they were, but it will be several days if not more than a week before all ballots have been processed — the county elections office has until 28 days after the election to finalize the results of the election.

The numbers are as follows:

Of those ballots cast only 12,032 have been counted, they are comprised of vote-by-mail ballots that arrived early, and the ballots cast at polling stations on election day.

In the whole county there are 26,567 total ballots that remain to be processed.

In the whole county 25,407 of the remaining are vote by mail ballots.

In the whole county 1,160 of the remaining are provisional ballots.

The breakdown of remaining ballots by supervisorial district is:

By city the breakdown is:

You can see links our coverage of the election, including visits to the Laytonville polling station, the Trump and Clinton HQs in Ukiah, and updates from that night on our 2016 election page.

One thought on “Two thirds of ballots in Mendo remain uncounted, according to new numbers”