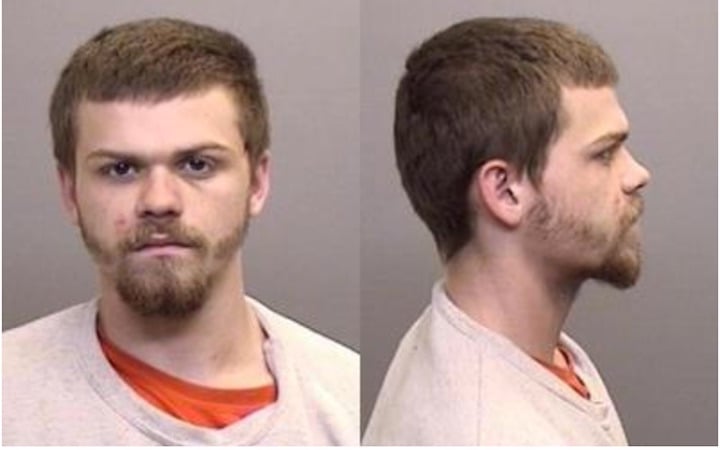 Justin Phillips from Willits from his Nov. 6, 2016 booking log photo. 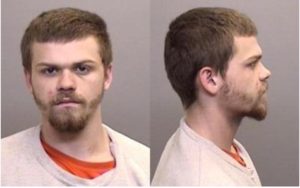 Justin Phillips from Willits from his Nov. 6, 2016 booking log photo.

The following is November 7 press release from the Mendocino Sheriff’s Department. The Mendocino Voice has not independently confirmed any of the information. All suspects are considered innocent until proven guilty.

We reported on car chase described in the incident last week as it was happening, see our coverage from that day here.

According to the release, on November 2 at around 2:30 om, a deputy attempted to conduct a traffic stop at Main Street and West Commercial Street in Willits after 19 year old Justin Phillips from Willits failed to stop at a stop sign. As the deputy approached on foot, Phillips began fled heading north onto Main Street and began a car chase that reached speeds of over 100 mph before he crashed the vehicle into a tree in the 29000 block of North Highway 101. Phillips was transported to a local hospital for his injuries and one of his passengers went by air ambulance to another hospital for treatment.

The booking log also shows that Phillips was arrested October 25 for a felony domestic violence charge and was held on $25,000 bail for that arrest.

Synopsis:
On 11-02-2016 at approximately 2:58 PM a Mendocino County Sheriff’s Office Deputy conducted a traffic stop of a vehicle for failing to properly stop at a posted stop sign near the intersection of West Commercial Street and Main Street In Willits, California.

As the Deputy approached the vehicle on foot the driver, later identified Justin Phillips, sped away.

The Deputy responded back to his patrol vehicle and began pursuing Phillips.  Phillips fled North onto Main Street and continued North onto Highway 101, reaching speeds over 100 MPH.

Phillips ultimately lost control of his vehicle in the 29000 block of North Highway 101, crashing the vehicle into a tree.

Phillips was released from a local hospital on 11-05-2016 and arrested for Felony Evading A Peace Officer Causing Injury or Death.

Phillips was booked into the Mendocino County Jail where he was to be held in lieu of $100,000.00 bail.