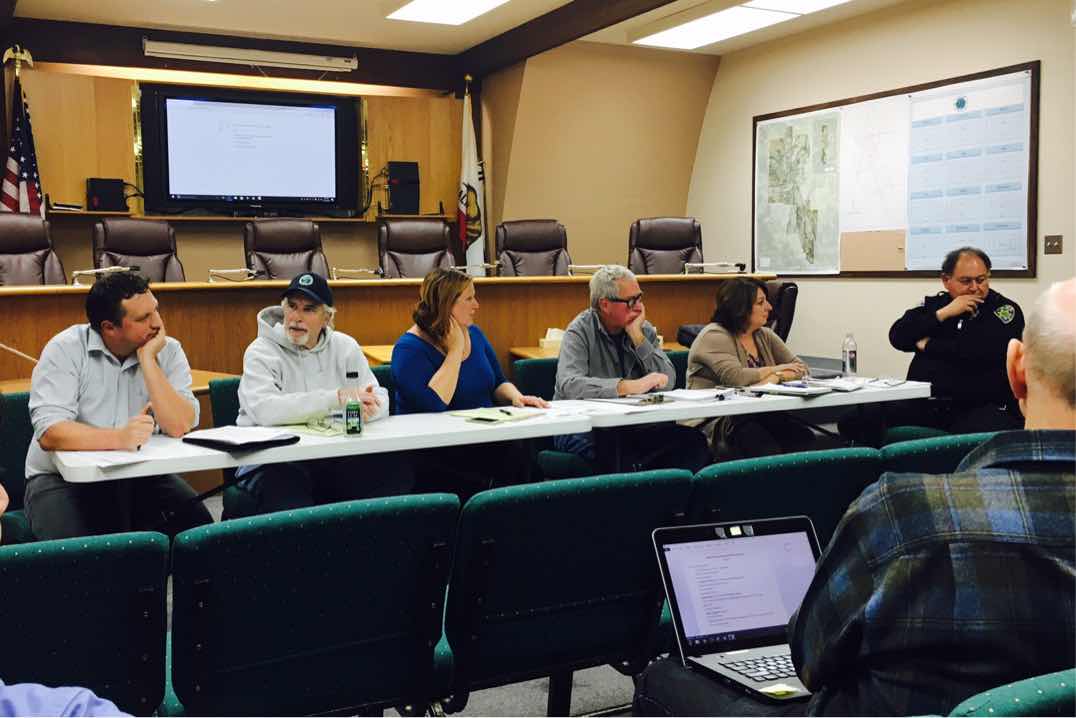 WILLITS — Any time the Willits City Council considers overturning its ban on cannabis related businesses, it’s likely that a flock of opinionated folks will fill the council chamber to boisterously argue both sides of the issue. So it came as something of a surprise on October 18 when, after being queried by Councilmember Ron Orenstein if anyone in the room was opposed to lifting the ban on commercial cannabis, the 20 or so souls in attendance responded with silent unanimity, with no one raising a hand. 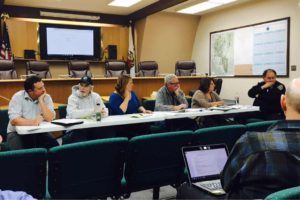 Over the last several months councilmembers have expressed a desire to explore permitting commercial cannabis activity in town, and the number of residents vocally supporting the idea has grown. However, at recent meeting the city council failed to created an ad hoc committee to deal with the issue. So it was that the city wound up, instead, with a “working group.” The October 18 meeting was the first public workshop held by the newly formed commercial cannabis policy development working group, the first step in the process of gathering public input on cannabis licenses and creating a plan to present to the full city council. The next public meeting will be held November 15 from 4pm – 6pm.

At one point Chief Gonzalez asked “How do you eat an elephant?” (with small bites) coining a shorthand to describe the need for small steps and caution that would be repeated throughout the discussion. While the residents called for permitting commercial cannabis to aid the local economy, members of the working group reiterated that they wanted to take the time to create a policy that could be accepted by the full council and residents concerned about the impacts of commercial cannabis.

“We’re not trying to deal with the grows in the hills,” Orenstein emphasized, telling the public that the working group is focusing on indoor cultivation, as well as on possible cannabis manufacturing, testing labs, processing, and distribution businesses. Outdoor cultivation and dispensaries are not currently being considered by the group, which is focused on using the city’s existing industrial zones, with additional restrictions addressing proximity to “sensitive receptors” such as schools, parks, and residential areas.

A question raised repeatedly was how to ensure fairness given the likelihood of caps and regulations based on location. Duley explained the city would examine current industrially zoned parcels to see how adding restrictions such as a “buffer” distance from schools or setbacks would impact the number of parcels where cannabis businesses could operate.

Several audience members pointed out the state will be developing regulations about pesticide use and other environmental impacts. Most attendees agreed that commercial cannabis activity should not be visible, apparent from the building exterior, or create any impacts beyond the property line, but several noted that other industrial businesses have not faced caps or extra restrictions as long as they are not creating a nuisance and wanted cannabis regulated similarly.

Madrigal suggested the city allow staff to approve projects that meet requirements without having to going before the council. She also proposed approvals on a “first paperwork completed, first served” basis.

Members of the audience included former City Planner Alan Falleri, current City Councilmember Larry Stranske, and several residents who described cannabis businesses they said were already in the works, imploring the working group to consider the boon to the local economy such projects could bring.

“If you allow it to happen, let’s do it so it’s like Napa Valley wine,” said Falleri, “people will come here to get that good Willits stuff.” Several people mentioned using appellations similar to the wine industry’s to market local cannabis, while others pointed to the Bypass’ opening, and the high county poverty rate, as a reason to capture cannabis revenue.

Three city council seats are up for grabs this election, including that of the departing Madrigal, and two of the five candidates, Gonzalez and realtor Bill Barksdale, were present. Madrigal noted the potential change in councilmembers as an additional reason to proceed slowly in developing regulations.

Others noted residency requirements could result in locals being used as strawmen for out-of-state corporations, and pointed out the benefits to having larger businesses bring money into Willits, arguing the community should value financial contributions over residential longevity. They also asked if limiting the size of such businesses would put locals at a disadvantage in competing in the state market.

Orenstein noted, “This town is known for organic and local,” adding any policy developed would need to consider that culture to get broader support from residents. He said he was concerned about creating a “monoculture” by not capping cannabis businesses and becoming a “one industry town,” to which one resident replied, “we’re almost a zero industry town right now.”