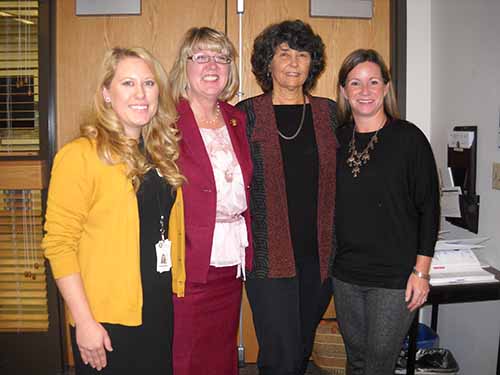 UKIAH — The Mendocino Board of Supervisors passed the consent calendar, and just the consent calendar, on Tuesday October 18, in a meeting that consisted mainly of three supervisors trying to bring one cannabis ordinance to a close and strategizing an approach to drafting another. Supervisor Tom Woodhouse, who was in the audience a supes committee meeting on Monday, was absent, making this his fifth consecutive absence. Fifth District Supervisor Dan Hamburg, who has recused himself from all votes on the cannabis cultivation ordinance, said he hopes to make a decision this week as to whether he should begin to take an active role in the ordinance regulating other aspects of the industry, or remain silent. The Board also issued a proclamation recognizing local artists and their supporters, heard an update From the Healthy Mendocino Steering Committee on the Community Health Improvement Plan, and met with Fish and Game Commissioners for discussion about the scope of future projects. 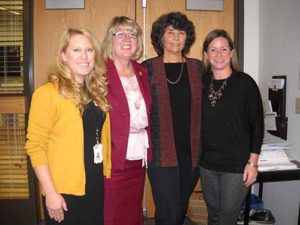 But Tuesday the vast majority of actions were taken through the consent calendar. A handy procedural device, consent calendars allow various small legislative bodies, from boards to councils, to bundle uncontroversial and often routine actions into one agenda item, and one quick vote. Consent items are usually agreed on en masse, without individual discussion; though issues can be pulled from the calendar to be discussed individually. This week, items on the consent calendar included deleting a vacant position from the budget, and increasing funding for several mental health services.

Also in the consent calendar was the approval of Dr. John Garratt as Chief Psychiatrist of Mendocino County and an increase in psychiatric treatment for the indigent from Dr. Olga Segal, of Segal Telepsychiatry Network. According to an article in the Psychiatric Times, telepsychiatry is “expected to increase access and decrease the cost of delivering care.” At the same time, the county will increase its involvement with Willow Glen Care Center in Yuba City, which is the licensed residential treatment center that provides temporary treatment for the mentally ill who are sent out of the county. Patrick Pekin, a lawyer from Fort Bragg,  was appointed to the Behavioral Health Advisory Board.

But most of the day was spent discussing the project description for the cannabis cultivation ordinance and zoning regulations, which was originally scheduled to open to public comment this week. But with Woodhouse absent and Hamburg recusing himself, the remaining three supes were hard-pressed to arrive at the consensus required to move the document along on its journey. Following Tuesday’s amendments, public comment may open on November 2 or even later. The project description is a key component of the CEQA process, as this is what interested parties will rely upon when they offer their comments on the county’s plan for regulating cannabis cultivation.

At one point in the lengthy deliberations Supervisor John McCowen expressed dissatisfaction with the level of precision in a section discussing limitations on cottage level permits, declaring that the document displayed “a fundamental misunderstanding of Board direction.” After much elaboration on McCowen’s part, Supervisor Carre Brown demonstrated her own frustration with the slowness of the process, emphatically asking that the board move on to “other items that are equally important.” Thereupon the Executive Director of the Arts Council, Alyssum Wier, rose to deliver a lyrical appreciation of local arts and their champions.

The Board returned, after lunch and a joint meeting with the Fish and Game Commission, to tackle the project description for another hour or so.

After another long discussion about patient and caregiver exemptions and provisions for growers who move their operation from one site to another and whether “candidate grows” are just illegal or present an environmental catastrophe, Brown urged McCowen to move on, exclaiming, “Supervisor, come on!” McCowen protested that it was not his fault the consultant who prepared the document couldn’t understand the project. After public comments from attorney Hannah Nelson, who suggested the Board “tie things to a specific regulatory goal,” and Ellen Drell of the Willits Environmental Center, who asked that rangeland be removed from the zones where cultivation is permitted, McCowen left to keep another appointment.

The Board also discussed the medical cannabis facility ordinance and zoning regulations with staff. Asked if he thought the state or the county should develop dosage guidelines for medical marijuana, Environmental and Public Health Director David Jensen offered the opinion that, “quite honestly, it would be most appropriate for the federal government…maybe if they get another Supreme Court justice, they’ll get around to it.”