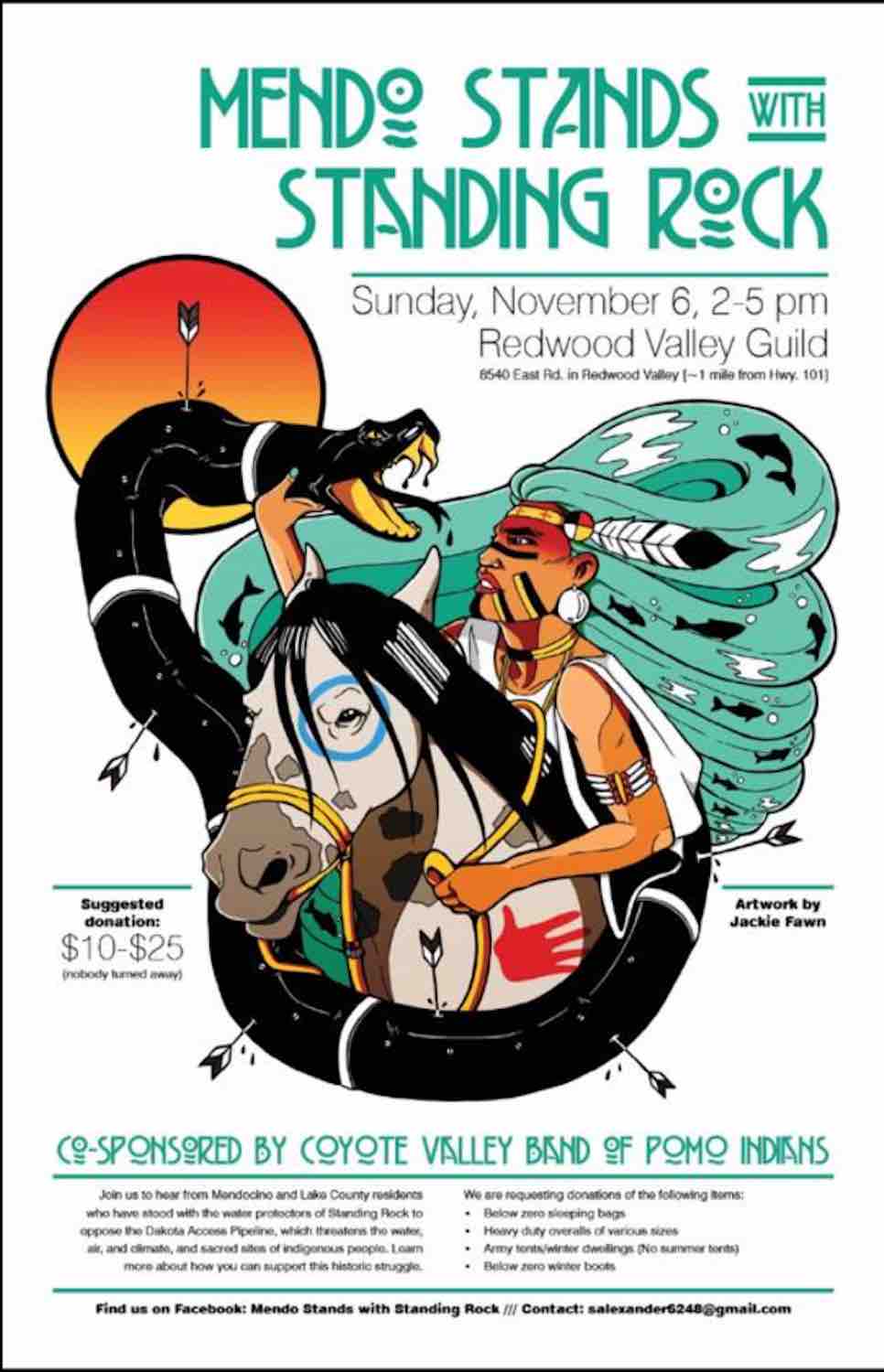 The flyer for the November 6 "Mendo Stands with Standing Rock" event.

This week, conflicts in North Dakota over the proposed oil pipeline installation heated up as over 100 of the “water protectors” who are fighting against the pipeline — the Standing Rock Sioux, their supporters, and several journalists — were arrested. In Mendocino, supporters have been gathering supplies and donations to send to the camps, and are organizing a “teach-in, cultural ceremony, and fundraiser” on November 6 at the Redwood Valley Community Guild as part of “Mendo Stands with Standing Rock.” 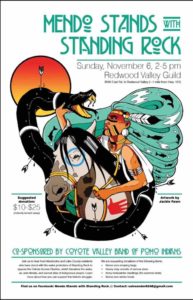 The flyer for the November 6 “Mendo Stands with Standing Rock” event.

The event will take place November 6 from 2pm – 5pm at 8650 East Road in Redwood Valley. The fundraiser requests a $10-$25 suggested donation, but no one will be turned away for lack of funds. More information can also be found on the “Mendo Stands with Standing Rock” Facebook group, where locals have been sharing news and organizing support for the camps.

The press release for the event states:

Thousands of people are encamped along the Cannonball River in North Dakota to oppose the massive Dakota Access oil pipeline. Hundreds of tribes and First Nations from across the Americas and the world have joined the struggle to protect the land and water, including several caravans of supporters from Lake and Mendocino Counties. Join us to share information, prayer, ceremony, food, raise funds, as we honor, support and hear stories from local people who have spent time at Standing Rock. Learn more about how you can support this historic struggle. Donations of high quality below zero sleeping bags, heavy duty overalls of various sizes, wool and down cold weather clothing and below zero winter boots welcome.

The event’s Facebook page explains that in particular, those at the camp are seeking donations of winter gear: