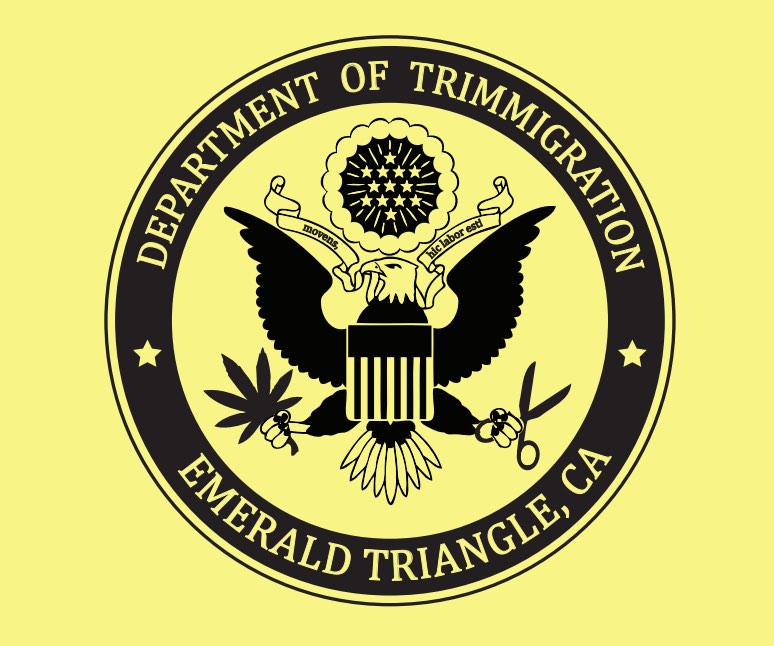 Although the equinox happened this week, the best sign that harvest season has arrived in northern Mendocino is the groups of travellers passing through town, gathered outside grocery stores and coffee shops, or carrying heavy backpacks and hitchhiking. Some year-round residents are concerned about environmental impacts and the potential strain on county services and resources.

This has resulted in a few messages directed to the seasonal visitors, from locals. Of course communicating with a large anonymous group of strangers is tricky — one man in Nevada County took to Facebook with a lengthy post about trimmer etiquette that has been widely shared, he was interviewed on KMUD this week. Here in Mendo, someone has put up flyers around Laytonville. 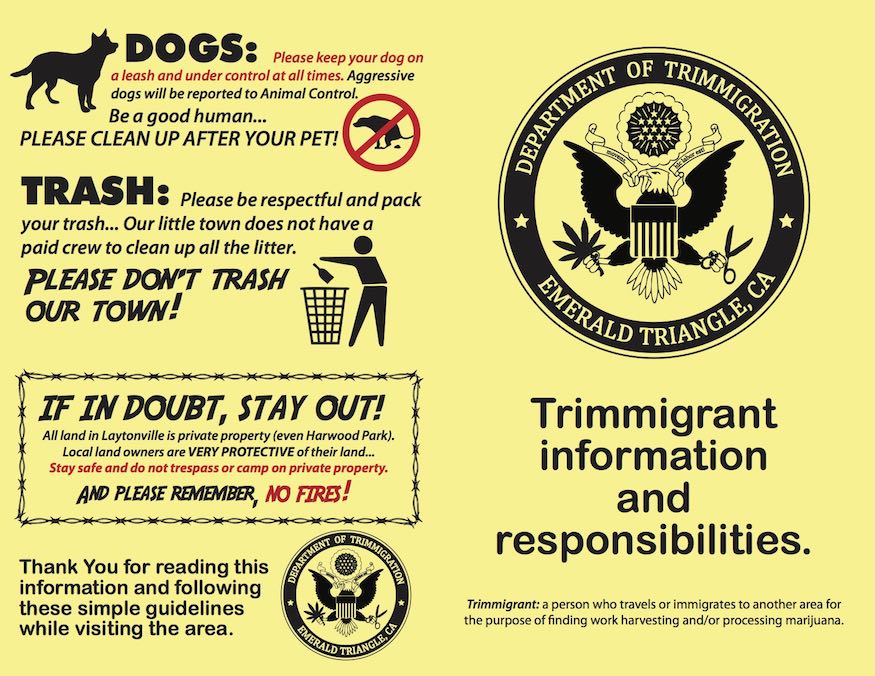 A notice from "the Dept. of Trimmigration" posted in Laytonville. 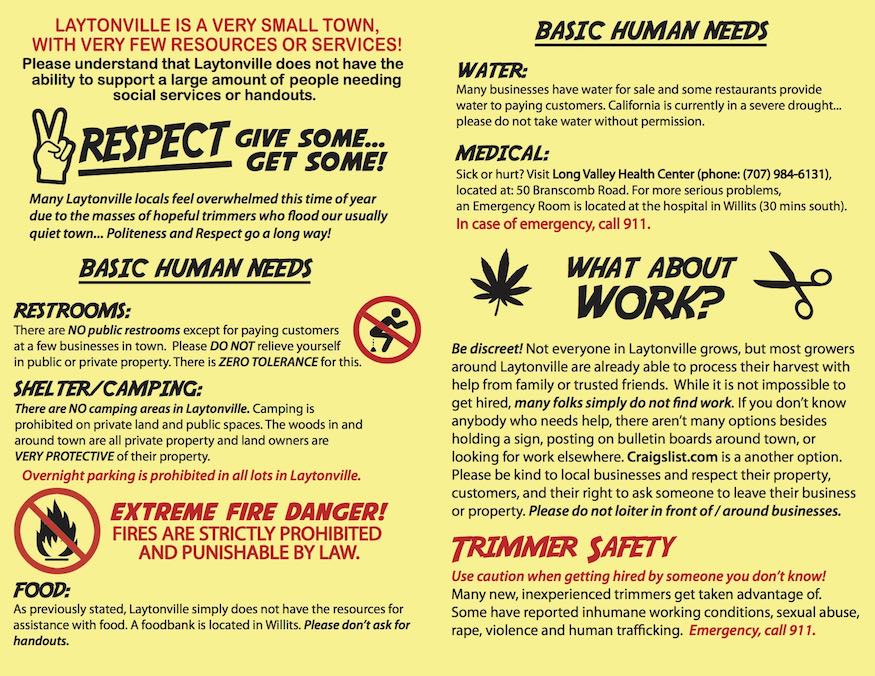 A notice from "the Dept. of Trimmigration" posted in Laytonville.

The Mendocino Voice received .pdf copies of the flyer from the “Department of Trimmigration.” The person who sent them asked to remain anonymous, explaining in a note:

“While most folks (many of them growers) support this info pamphlet, some believe it to be patronizing or xenophobic in character. I am simply tired of running them off my land and seeing the waste that accumulates in large amounts this time of year…Not to mention the other myriad problems associated with the massive influx of hopeful trimmers. I’ll list a few: I am also concerned about the stories I’ve been reading about violence and sexual assaults upon unsuspecting trimmers. Fires are my other big concern.”

Last fall, in Willits and Garberville, tensions over migratory trimmers prompted local community groups to call for “taking back our town.” Recently the Garberville town square was fenced off from the general public by the square’s owners, a group of local businesspeople.

Trimmers and the working conditions on northern California cannabis farms have made national news this month, with ongoing responses to a sexual assault investigation and an Associated Press report on captive farm workers in Calaveras county. Check out our latest version of The Mendo Wire for those stories and more.