Here at The Mendo Voice, we try to keep an eye on Mendocino in the news — whether that’s Mendonesians making their mark around the state, or out-of-county media making the trek to report on something they find fascinating about us.

For our premiere edition, we rounded up some of the most widely shared stories about Mendocino and its unique residents that have been publishe 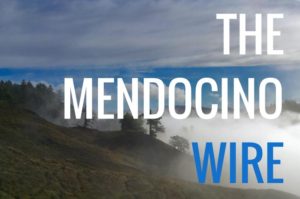 d over the last few weeks. Most of these stories feature the county’s cannabis industry, since it’s one of the things that sets Mendocino apart in the eyes of the rest of the nation.

Vice News, which has visited Mendocino County several times, tries to summarize the complex set of issues facing local farmers and their reaction to California’s new commercial medical cannabis regulations. Max Cherney talks with a few well-known county characters, along with a few who chose to remain anonymous when discussing their feelings about not going legit.

In secretive marijuana industry, whispers of abuse and trafficking

Reporter Shoshana Walter of Reveal’s Center for Investigative Reporting piece on rape and human trafficking is causing of a stir around the country. Reposted and shared by varied media outlets, including an excerpt printed in Cosmopolitan and a share from Breitbart News, Walter’s story about sexual abuse on the remote cannabis farms of Humboldt and Mendocino is bringing national attention to one of the darker aspects of cannabis prohibition and the culture of secrecy that can pervade the Triangle. But she also examines the complicated ways that even the best-intentioned local law enforcement, social services agencies, and small town communities can fumble this issue due to miscommunication, blind spots its complex nature.

For more on the same topic, here’s a podcast from Reveal elaborating on the article, and check out Kym Kemp’s postings of California Growers Association’s Hezekiah Allen addressing the article.

This Marijuana Farmers Market Proves That Weed Is the New Wine

Two weeks ago a group of Mendocino growers made the trek to Malibu, as chronicled in the LA Weekly. If you’ve been to the cannabis farmers markets in Laytonville or Mendocino this summer, you might have an idea of why Angelenos seem so excited about having a taste of Mendo in their town.

Living in weed and wine country, you may have already heard about the proposed cannabis appellations around Mendocino and Humboldt. But for this distant wine-lover, the idea was quite a revelation. Read more about how exciting the local terroir of Mendocino can be for those outside our bubble.

How Big Alcohol Is About to Get Rich Off California Weed

Though this next story doesn’t strictly involve Mendocino, national politics site Politico did take a hard look at some of the ongoing lobbying occurring in Sacramento over California’s new commercial cannabis regulations, examining the role of alcohol distributors in the proposed new requirements for cannabis distribution throughout the state. You may encounter a few characters familiar on the North Coast, as Politico writer, and Mercury News columnist, Sara Solovitch discusses some of the fears of Mendo locals in her story.

GREEN RUSH! Here is a List of the 846 Humboldters and More (So Far) Who are Looking to Go Legit

To the north, we wanted to bring your attention to a controversial subject: just how public is your newly legit cannabis business? The Lost Coast Outpost posted a story in August, which included a listing of every cannabiz applicant who has requested a permit from the Humboldt County Planning Department. Now, while LoCo chose to redact the addresses of the applicants, they made it clear that the information had been distributed to law enforcement and other stakeholders on a weekly basis as applications were being made; they just compiled it. They also posted an explanation as to why they chose to share the information this way, including a reminder that as the cannabis industry becomes increasingly aboveground, permit holders will have to share their information with not just governmental agencies, but the general public. The story elicited a bazillion responses, ranging from support to boycotts.

For some, the Lost Coast decision called to mind an article from several years back in the weekly North Coast Journal, which printed the names of firearm license holders in its pages. For journalists everywhere how to bring greater transparency to important community issues without violating the privacy of individuals is never an easy task, but also an important part of the job. When the Lost Coast printed the cannabis permit applications last month, the NCJ published this response.

The next hot pinot noir region? Vintners turn their sights on Anderson Valley

To the south, the Press Democrat casts its eye on outside investors looking to Mendocino vineyard properties. Whether it’s appellations for grapes or cannabis, Mendocino properties are attracting the attention of those looking to cash in on future crops.

That’s it for this week! Stay turned for the next edition of The Mendo Wire — where we report what others reported.