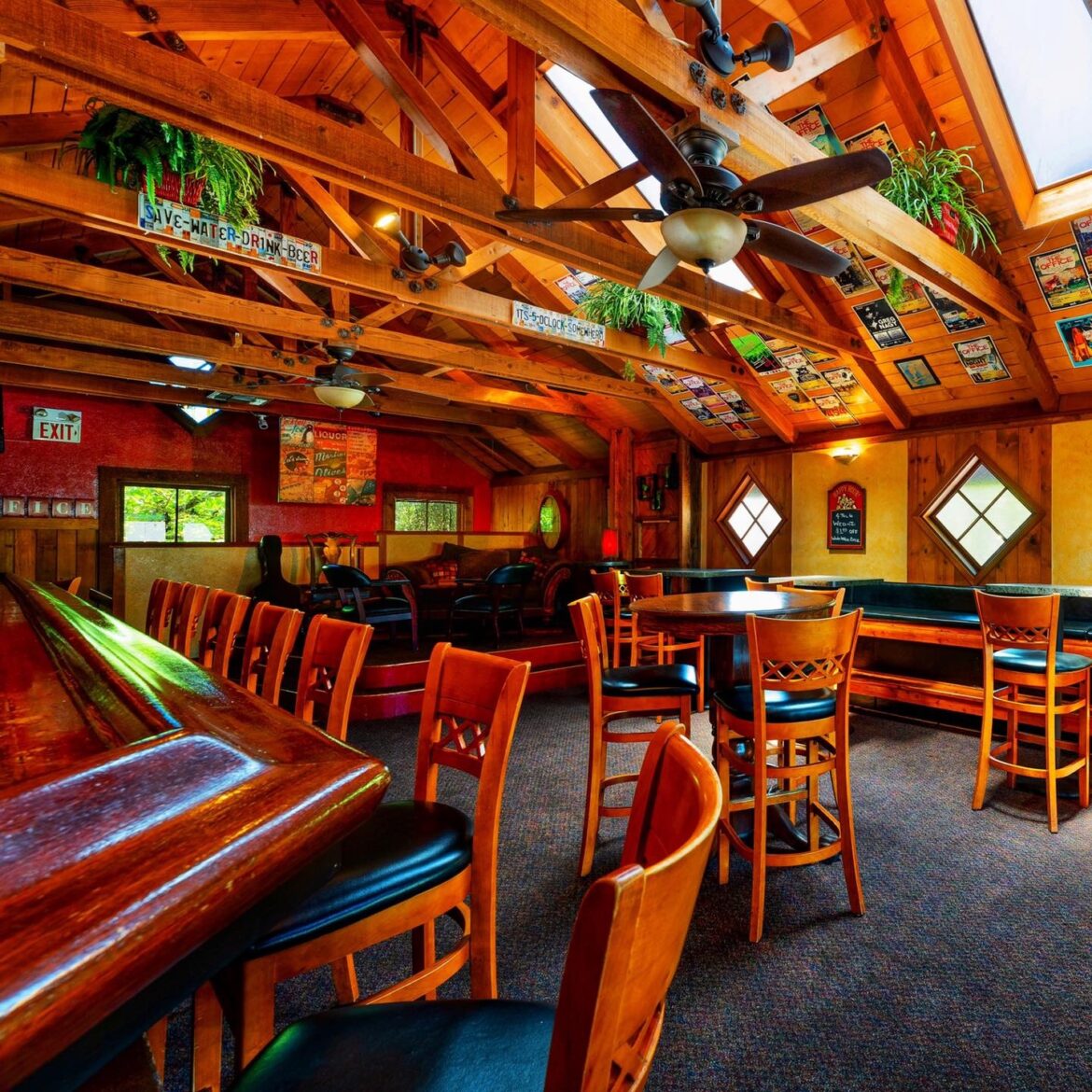 Editor’s note: We’re trying out a new feature this week covering food, drinks and more across Mendocino County. Think we missed something, want to see more, or have a new tips? Let us know what you think at [email protected]

The Office at Main & Mill hosted its last hurrah on Saturday, October 1. Owners Kim and Roley sold the popular bar and grill and announced in mid-September that they would “ride off into the sunset.” They operated the Office for 14 years, offering solid pub grub, boozy brunches, cold beer, and live music. What’s next for the establishment is unknown, but there is no doubt the Office will be sorely missed.

Fort Bragg’s Cafe 1 has started serving beer and wine. Now you can sip a mimosa made with organic juices, including orange, mango and guava, with your Hippie Scramble or enjoy a North Coast Brewing Co. Scrimshaw with your Tofu Tropical Tacos.

Willits diners will have to find another option for late-night tiny tacos – Jack and the Box has closed. After over 15 years of service, the restaurant unexpectedly closed earlier this week. Keeping with social media tradition, Willits Facebook groups are filled with theories on what comes next (Starbucks is in the lead) and what locals want to see in the space (Arby’s, Del Taco, Foster’s Freeze, Panera). We’ll keep you posted!

Slam Dunk Pizza in Willits and Ukiah has reintroduced its made-from-scratch soups for the season. Soup offerings include minestrone, pepperoni chili, potato bacon, tomato basil, and sausage tortellini. The shops will also be stocking their deli cases with grab and go soups. Now through May 1, 2023.

Wine & Spirits magazine has announced its top 100 wineries in the world, and Elk’s Drew Family Cellars was the only Mendocino County winery named to the list. Molly and Jason Drew grow organic pinot noir in the Mendocino Ridge American Viticultural Area. They have a tasting room at the Madrones in Philo. Visit drewwines.com for more information.

Anderson Valley Brewing Company has been a lead actor in the world of environmentally friendly business practices since becoming the world’s first solar powered brewery in 2005. Now they can add another earth-friendly action to a growing list: the brewery has officially phased out glass bottles in favor of aluminum. According to the brewery, “Aluminum is endlessly recyclable, and recycling a can uses 90% less energy than recycling a glass bottle. Cans are also lighter and require less fuel and energy to transport, keep beer fresher by blocking all UV light, are more transportable for your adventures, and form a more airtight seal than glass.” Cheers to that.

A few small – but just as important – updates

Albion’s Ledford House is closed until November 2. The Gualala Seafood Shack and Ukiah’s Antojitos Mary are back open after a week off. The MacCallum House in Mendocino has resumed indoor and bar service again.

Establishments throughout Mendocino County have launched seasonal food and drinks. All things pumpkin spice have returned to coffee shops, including the Fall Spiced Pumpkin Cold Brew at Black Oak in Ukiah. There is also no shortage of adult beverages with a fall vibe: Fort Bragg’s Sip Wine Bar is offering an Apple Cider Mimosa and Ellie’s Mutt Hutt in Ukiah is pouring Caramel Apple Mimosas. Wrap it all up with a Pumpkin Chip Cookie at Schat’s and you’ll be pumpkin’d out. 🎃

Have food or drink news you’d like me to consider for inclusion in my weekly news round-ups? Email me at [email protected].