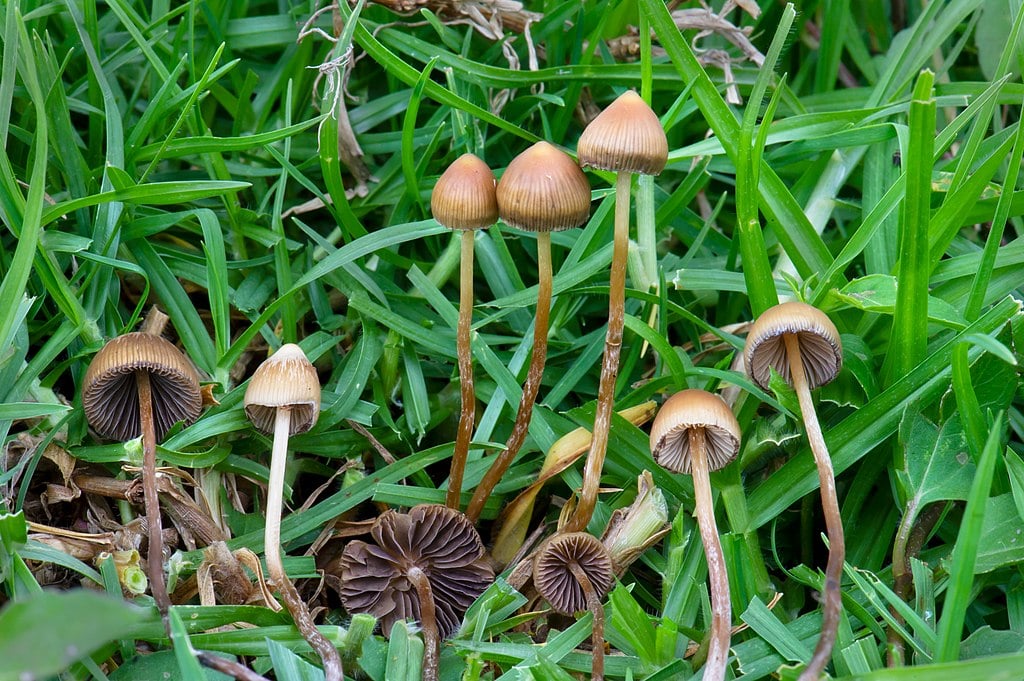 Amid growing scientific research into therapeutic uses for psychedelic drugs and a progressive push to soften punishment for drug crimes, California lawmakers are considering a bill to legalize magic mushrooms, Ecstasy and several other hallucinogenic substances.

The proposal has set off an intense debate over how far California should go to embrace novel medical treatments and destigmatize drug use without compromising public safety. While research into the potential benefits of psychedelics to treat PTSD, depression and anxiety is becoming increasingly mainstream in academic settings, the bill goes beyond medical applications to allow recreational use of psychedelics.

Senate Bill 519 would decriminalize the possession and non-commercial sharing of psychedelics by people age 21 or older. It would not permit the sale of psychedelics in government-sanctioned shops the way cannabis is allowed under state law, but sets up the framework for California to move toward regulating psychedelic drugs in the future.

The measure passed a major hurdle last week, clearing the state Senate with the bare minimum of votes necessary, and now moves to the Assembly, where it will likely continue to divide Democrats who control the Legislature.

The debate comes five years after California voters legalized cannabis and a year after Oregon voters legalized the use of psychedelic mushrooms in a therapeutic setting and decriminalized possession of small amounts of all drugs. Part of a growing movement to combat the War on Drugs, the California bill would mean that a psychedelic trip does not result in a trip to the police station.

“We’ve addressed the issue of drug use by trying to arrest and incarcerate as many people as possible, and it hasn’t worked,” said Democratic Sen. Scott Wiener of San Francisco, the bill’s author. “This War on Drugs hasn’t reduced drug use. It hasn’t reduced addiction. It hasn’t reduced overdoses. It’s made the problem worse.”

He’s pushing the measure as a way to expand treatment for mental illnesses and roll back criminal justice policies that he sees as discriminating against people of color.

However, some lawmakers say thatWiener’s approach goes too far. Among the drugs it would legalize is ketamine, which, according to law enforcement officials, is sometimes used to facilitate sexual assaults.

“I don’t know why in the world we would be contemplating legalizing a drug like ketamine, used to incapacitate young women and girls for the purposes of raping them,”  GOP Sen. Melissa Melendez of Temecula said during a heated debate last week on the Senate floor.

Law enforcement groups also oppose the bill. The Peace Officers’ Research Association of California — a federation of police unions — argues that it would lead to more drug dealing and crime.

“We believe many of the penalties related to controlled substances work as a deterrent or a reason for individuals to get the treatment they need to turn their lives around,” the group wrote to the Senate Public Safety Committee. “As we have seen so many times, it is often the most vulnerable populations, and those who have the weakest support systems, that will be most susceptible to the increased access and use of drugs.”

Democrats are divided over the proposal.

Sen. Bob Archuleta, a Pico Rivera Democrat, said he voted against the bill because it would legalize psychedelics before lawmakers have more information about their effects. The bill would set up a working group in the state Department of Public Health to research psychedelic substances in greater depth. Archuleta said he’d rather wait to receive definitive guidance from the group.

In Wiener’s eyes, there is no time to wait. Lives are on the line. Suicide rates of veterans were signficantly higher than the national suicide rate, according to 2016 data from the U.S. Department of Veterans Affairs.

In come psychedelics. The scientific research looks promising. Recent studies suggest that psychedelics such as MDMA — better known as molly or Ecstasy – could fill a gap in mental health care for veterans suffering from PTSD.

The UCLA Center for Health Policy Research found that nearly 55% of California veterans who sought medical help for mental health did not feel like they received the treatment they needed. It’s one reason several veterans groups support the bill.

“I had tried countless failed treatments and felt hopeless… With no other options left, I felt I had nothing to lose by pursuing psychedelic treatment outside the U.S.,” Marcus Capone, a former Navy SEAL, wrote in an op-ed urging lawmakers to pass the bill. “Practically overnight, I felt a huge weight had been lifted and my cognitive functioning returned. After years of frustration and hopelessness, I got my life back.”

The MDMA dose does not remove these fear-based memories. Mitchell says it helps patients revisit traumatic moments without the overhang of the usual fear or shame. Guided by a therapist, patients can work through their thoughts more deeply and eventually let them go.

Mitchell likens the effects of MDMA on memories to snow falling in a snow globe. Imagine skiing down a mountainside using the same trail every time. “Every time you take that trail, the snow gets a little bit more deeply packed and the trail gets a little bit more worn. And soon, that’s the only way up the mountain,” said Mitchell.

“The psychedelic allows you to shake the snow globe and for a fresh, smooth, new coat of snow to fall everywhere, such that that path is no longer apparent and you can find a new way off the mountain.”

Beyond PTSD, psychedelic drugs also offer promise for depression and anxiety treatments. A Johns Hopkins study from last year observed how adults with depression responded to two doses of psilocybin — and they thrived. More than 70% of participants saw an improvement in their mental health. The psychedelics outperformed other currently existing antidepressants four-fold. In another study, a participant who had taken many anti-anxiety medications that had never helped his depression finally got better after facilitated therapy sessions with psilocybin. He was stuck thinking the same negative thoughts over and over, and the psilocybin helped him cut that circuit short so he could heal.

Several research universities have invested in studying psychedelics’ medical potential, especially in the past two years. The Neuroscape Psychedelics Division at UC San Francisco formed in March 2021 with $6.4 million in private funding. The Johns Hopkins Center for Psychedelic and Consciousness Research, formed in September 2020, is supported by $17 million in private funding.

While many California lawmakers said they were persuaded that psychedelics could be beneficial in some medical settings, some were concerned about one phrase in Wiener’s bill: “social sharing.”

The legislation allows adults to exchange psychedelics with each other, so long as no money is involved. It would essentially sanction party drugs, argued Republican Sen. Pat Bates of Laguna Niguel.

“If we want to confine it, specify it for its therapeutic use with our veterans, I totally support that, but I do believe that this steps way over that,” she said, before voting “no.”

But Wiener argues that social sharing is an essential element of legalization.

“If people are going to use psychedelics, it’s better for them to use it with someone else because, even though people overwhelmingly use these drugs safely, anyone can have a bad reaction to any kind of drug, legal or illegal,” he said.

But social sharing also opens up liability questions that concern Mitchell, the neuroscientist. “Unless there is regulation, who’s to say that somebody’s shrooms that they pick themselves in some field are the right thing? And if they share it, and it’s the wrong thing, and somebody dies… who’s to blame, and how do we fix that?” said Mitchell.

As decriminalization movements gain traction on the West Coast, some Native American groups in the Southwest remain concerned it could encroach on their traditional practices. The peyote cactus — a natural source of the psychedelic drug mescaline — is central to religious ceremonies for the Navajo Nation. The Los Angeles Times reported last year that some Navajo were upset by cities considering ordinances to decriminalize peyote. They fear it would diminish the natural supply of peyote, which is already a vulnerable species.

In response to this concern, Wiener’s bill would not decriminalize mescaline sourced from peyote. While it would still be illegal to possess a peyote cactus, the bill would allow mescaline from other types of cacti.

“We made this decision to honor the sovereign rights of Native Peyote practitioners, who point out that the peyote cactus is a sacrament and the peyote gardens in Texas have a dwindling supply of naturally-growing peyote,” Catie Stewart, Wiener’s spokesperson, wrote in an email to CalMatters.

In 2019, Oakland became the first city in California to decriminalize all psychedelic plants. Less than a year later, Santa Cruz passed a similar measure.

But those are some of the most progressive enclaves in California. Whether the whole state is ready to embrace psychedelics is a question that will be answered this summer, as the state Assembly considers Wiener’s bill. The Assembly has a bloc of moderate Democrats — some of whom represent swing districts — who sometimes side with Republicans to kill liberal legislation.

“If the bill doesn’t make it through the Assembly, we will try again,” Wiener said. “The issue is not going away, and sometimes it takes a few tries to get a bill through.”

This article was originally published by CalMatters.