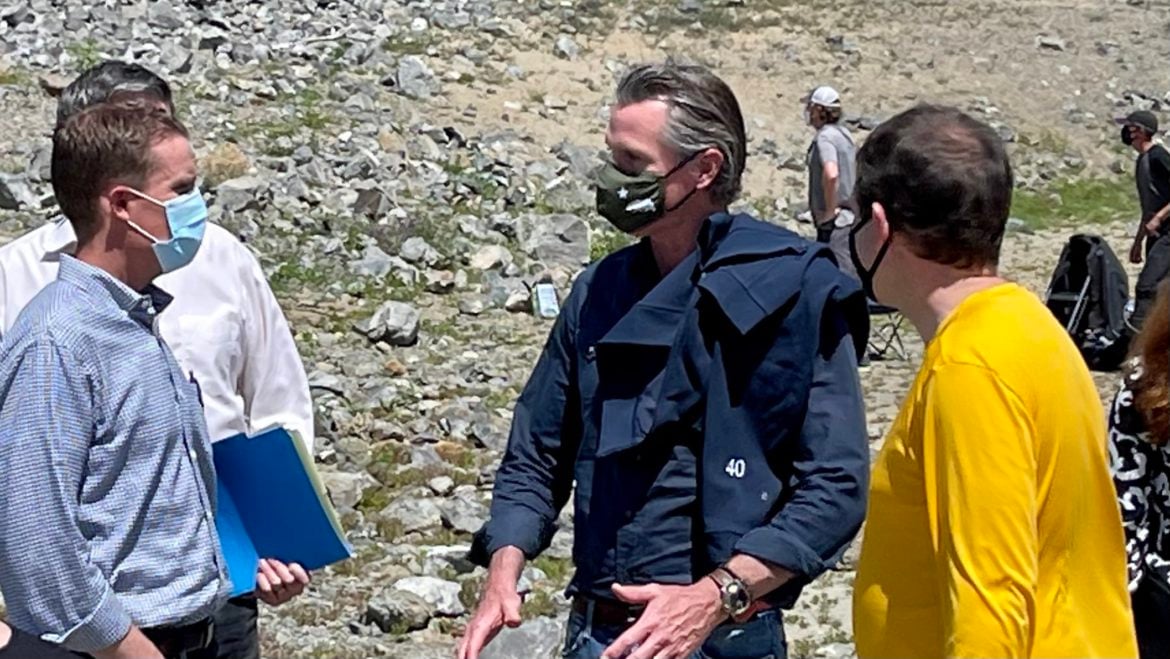 UPDATE 5/18/21 — Senator Mike McGuire has already planned to host two drought town hall meetings but is now hosting another meeting (or perhaps moving up the later one, it’s unclear), this Thursday, May 20 at 6:30 p.m. Details on how to tune-in, in the press release below:

While California’s climate has always been variable, the last couple of decades have been some of the hottest on record here in the Golden State, and we know that the climate crisis is making droughts in California more intense.

Today, watersheds across California are beyond parched. The snowpack is down to historically dry levels, streamflows are dramatically reduced and we’re short 500,000 acre feet of storage water based compared to where we thought we would be at this time in the year.

But the state of California is moving quickly to respond to this drought crisis.

We hope you will join us for a Town Hall next week to discuss the drought emergency and the major steps we are taking across Northern California to respond to this crisis.

Here are the May 20 Drought Town Hall details:

We look forward to talking with you on May 20!

ORIGINAL
MENDOCINO Co., 5/12/212 — As the drought amplifies, so do fears of another intense fire season. Senator Mike McGuire is holding two meetings, one on May 17 and the other on May 27 to discuss how the state is preparing.

According to climate scientist Daniel Swain‘s latest blog post, the Sierra Nevada snowpack is down to only 8% of average for this time of year, as of yesterday. Precipitation has stopped falling in areas that usually see rain into May, and strong winds and warm temperatures have increased evaporation. As we barrel towards fire season, if we can even call it that anymore, state leaders are preparing for what is to come.

Here is the press release from McGuire’s office:

There is no other region in California that has been hit as hard by wildfires over the past six years than the North Coast.

We have dedicated our time, effort and energy in the Senate to dramatically expand resources that will help make our communities more fire safe.

We’ve hired hundreds of additional firefighters who are now on the ground (along with purchasing more firefighting engines, helicopters, planes and bulldozers), more fire breaks have been created, millions of dead and dying trees removed and thousands of acres cleared.

That said, we’ve got a lot of work ahead of us with a long, hot, dry summer on the horizon. The State of California is investing like never before in wildfire prevention and preparedness. Over $1 billion this year alone.

We hope you will join us for two upcoming Community Meetings to discuss the proactive approach the state is taking to prepare for wildfire season.

THE FIRST COMMUNITY MEETING will be held next week — Monday, May 17 at noon. We hope you will join us along with the California Coastal Conservancy for a Community Meeting on the Conservancy’s role on wildfire prevention and the millions they’ll be funding in wildfire prevention grants (dead and dying tree removal, vegetation management around communities, firebreaks and more). This meeting will be important for cities, counties, special districts and non-profits about how to apply for future grants and how organizations can be successful in securing funding to help make wildlands and areas around communities more fire safe.

Here are the May 17 Community Meeting details:

What: Community Meeting with Senator Mike McGuire and the California Coastal Conservancy on Wildfire Prevention Grants.

This critical forum will be held later this month — Thursday, May 27 at 6:30pm and will focus on the resources being deployed this year to protect communities from wildfires, how you and your family can be prepared for wildfire season and what we can all expect in the years to come when it comes to wildfires and climate change. We hope you will join us, along with North Coast CalFire Chiefs and Michael Wara, Director of the Climate and Energy Policy Institute at Stanford University, for a Town Hall on Wildfire Preparedness and Prevention.

Here are the May 27 Town Hall details:

We look forward to talking with you on May 17 and May 27!