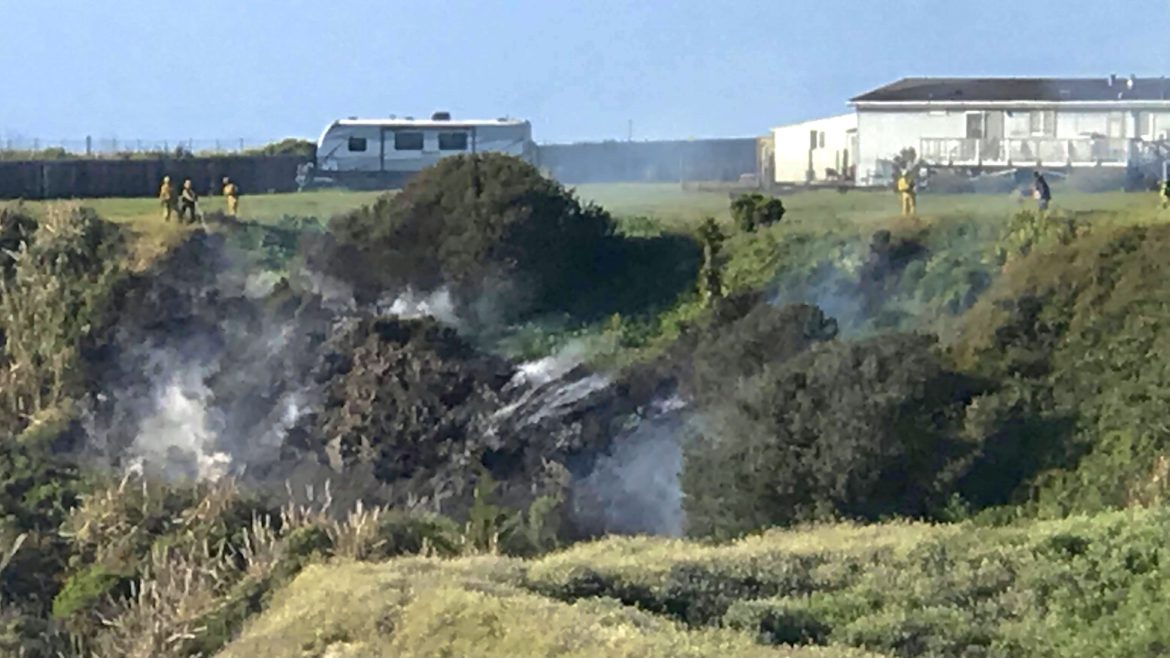 The fire spread uphill from Noyo Beach toward a Native American settlement but was quickly blocked in steep terrain and in windy conditions. The fire department put out the fire in less than an hour after being called just before 6 p.m, protecting houses on what is commonly called the Mendocino Indian Reservation. The fire was headed toward the homes on the reservation as strong winds blew. The arrest took place while the fire department was at work, O’Neal said. Lee Rupert, a local transient man was arrested and booked at Mendocino County Jail on arson charges. Bail amount was not available..

“Our officers identified information that the fire was intentionally started, however our investigation is ongoing. The arrest occurred at the scene while the fire was still being extinguished. We have several investigative leads to close and hope to have a press release out by this afternoon,” O Neal said Wednesday morning.

The tricky part of this fire was getting at it. Noyo Beach, located just west of the Noyo River Bridge is difficult to access from below. Fort Bragg Fire Chief Steve Orsi said the fire department went in from above, next to a home on the reservation that the fire was headed toward. Orsi said the home had good defensible space and thus wasn’t a dramatic situation. He said that the department managed to get at the fire in the steep terrain and deal with it by about 7 p.m. Orsi said the fire burned roughly one-quarter of an acre.

Orsi said there was a barbecue pit at the bottom of the ravine in an area commonly used by transient people and that the fire had clearly started down there. Cal Fire sent an engine to assist Orsi said. The Mendocino Indian Reservation is located at the northwest end of Noyo Bridge, on the former Georgia Pacific millsite.

One thought on “Ft. Bragg man arrested on arson after oceanfront fire spreads toward reservation”