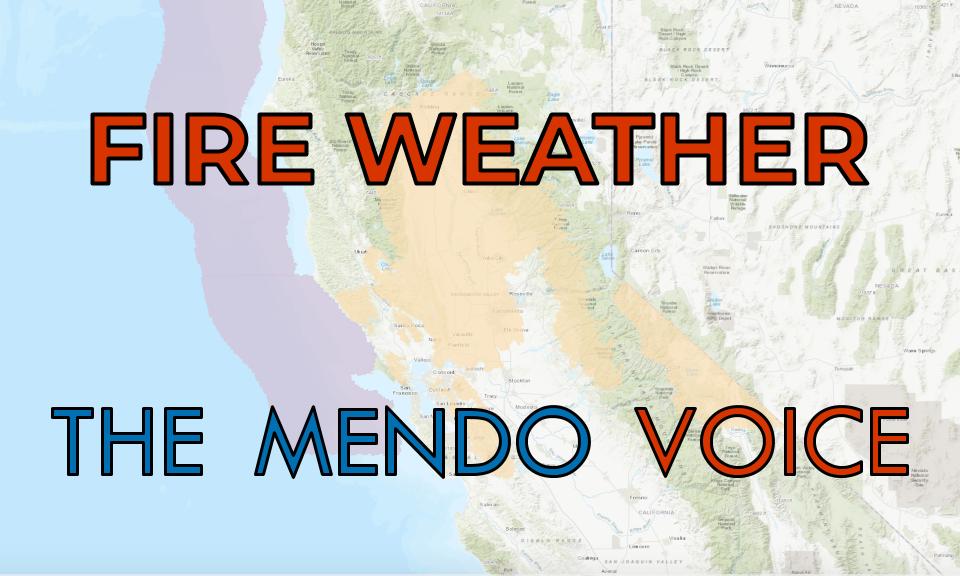 MENDOCINO Co., 10/13/20 — The National Weather Service’s Eureka office has issued a red flag warning for most of interior Mendocino County and the Northern California above 1500 feet in elevation, beginning 11 p.m. on Wednesday night, October 14, through 11 a.m on Friday morning, October 16. Much of Northern California is also under a red flag warning for potential critical fire weather conditions.

Want more information? We’ll keep you updated, but check out our wildfire and emergency resource guide, which includes information about where to find the most current information from government agencies about the weather, air quality, fires, and other sources, as well as guides to wildfire preparation and safety tips, and much more.