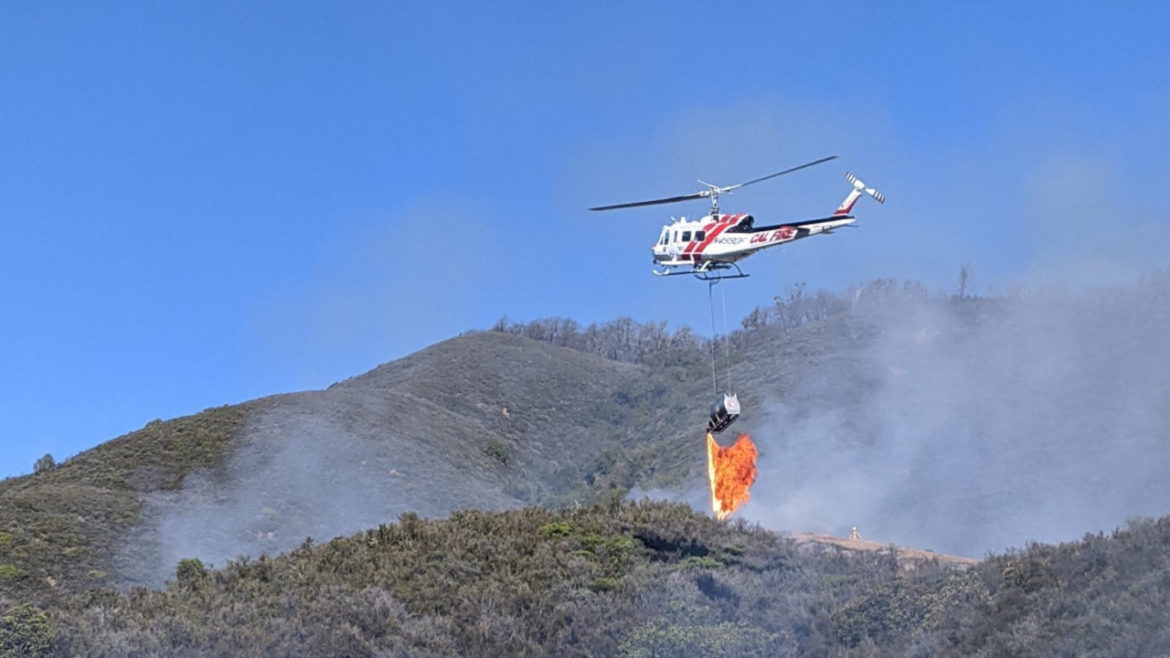 A Cal Fire helicopter drops fire (not fire retardant) on brush in the hills east of Ukiah on Feb. 10, 2020 - courtesy Cal Fire

UPDATE 3:15 p.m. — The Ukiah Police Department sent out a Nixle alert confirming that the smoke coming off the eastern hills is from a controlled burn being conducted by Cal Fire.

ORIGINAL
2/10/20 — Cal Fire is conducting a controlled burn in the hills east of the Ukiah Valley, which is putting off considerable smoke and has alarmed some people given the recent dry weather. The fire agency will be conducting this controlled burns throughout the month of Febururary mostly in the hills above the Ukiah Valley, both east and west. Today there is nothing to be concerned about, as Cal Fire Mendocino Unit Battalion Chief George Gonzalez noted in a tweet earlier today:

The intentionally lit fires are part of a statewide effort to reduce “fuel loads,” that is reduce the amount of flammable brush, during the rainy season so that there’s less to burn during fire season. Today’s effort in particular is part of an ongoing effort to defend the Ukiah Valley against catastrophic wildfire.

The burning will continue through the month of February, so expect to see smoke in the area — but in this case, smoke isn’t a bad thing. Here are more details from Cal Fire:

One thought on “Cal Fire conducting controlled burn east of Ukiah; will continue burns through Feb.”