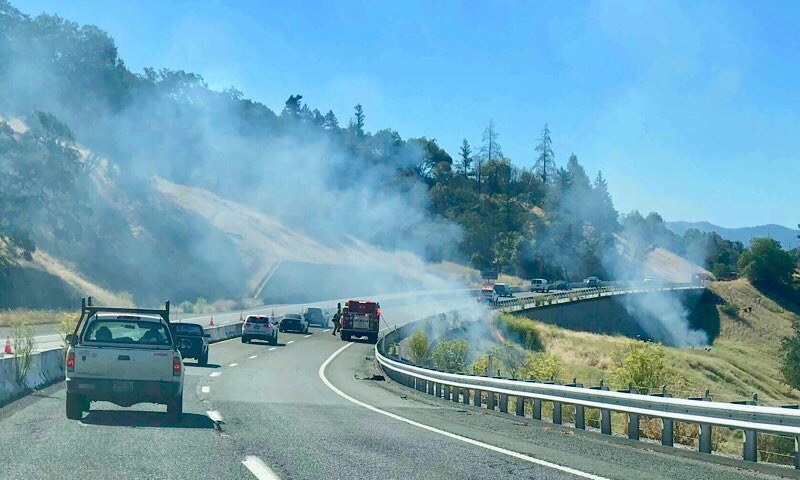 Reader Melissa Hand sent in this photo of the small fire.

WILLITS 7/23/19 — A small vegetation fire broke out along U.S. Route 101, on the Ridgewood Grade, between Willits and Redwood Valley, at around 10 a.m. today, but the fire, or perhaps a few spots, was quickly controlled and extinguished. As of 10:45 a.m. firefighters remain on the scene mopping up.

No word as to the cause. The Cal Fire 101 helicopter was sent, as well as three engines and two crews. The Redwood Valley Fire Department also responded. And it appears the the Chamberlain Creek Crew, among the many prisoners who fight fires through the Department of Corrections.