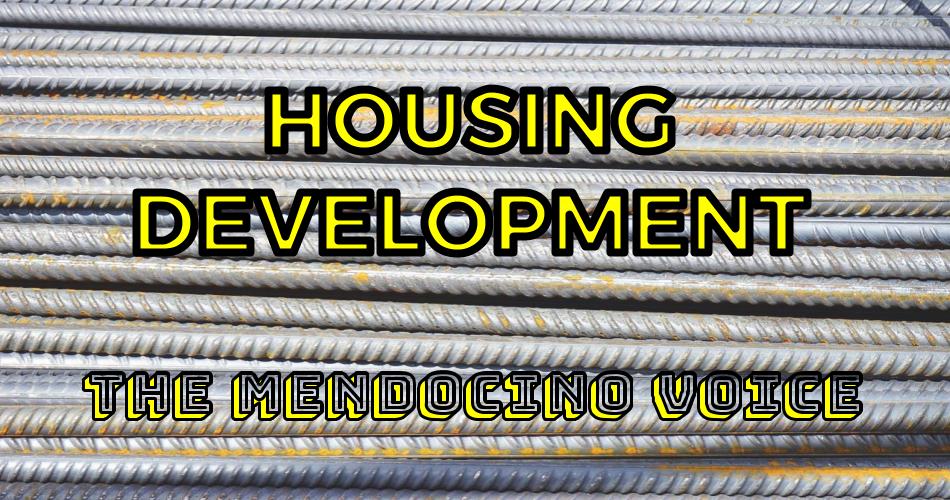 UKIAH, 6/5/2017 — The Ukiah City Planning Commission unanimously approved permits for a 38-unit housing complex for the mentally ill at a three and half hour long special meeting on May 31. The project, called Willow Terrace, was proposed by the non-profit developer Rural Communities Housing Development Corporation (RCHDC), for the seriously mentally ill who are currently homeless or at risk of homelessness. The Wednesday May 31 meeting had an air of urgency, because RCHDC has a deadline of June 28 to apply for nearly $7 million in federal tax credit funds for the project. In order to get the money, which involves a highly competitive application process, the permits must be approved, and “tie-breaker” funds, or money from certain sources, must already be committed to the project. RCHDC already has a pledge of $1.3 million in Mental Health Services Act funds, as well as a $1.2 million loan from the federal affordable housing program. Both of these sources increase the likelihood of the tax credit money flowing toward the proposed development, but do not guarantee it.

“The bad news for Mendocino County is, you are the worst…I tried valiantly to find another region of the country that had a worse per capita rate of homelessness than Mendocino County, and I had no luck,” said Kael Loftus, formerly of Street Medicine, a health care program for the homeless that is sponsored by the Ukiah Valley Medical Center. Loftus told commissioners that, according to the U.S. Census and data from Housing and Urban Development (HUD), Mendocino County has 140 homeless people per 10,000 residents, which he said is higher than anywhere else in the country. Based on the most recent point in time count, he estimated that the Ukiah Valley has about 569 unsheltered homeless people, about half of whom are seriously mentally ill. “We’re talking about people who literally do not live in the reality that we do,” he said, and told the commissioners that “You need to approve this project and two or three more just like it.”

Plans for the project include 26 single room occupancy units, 11 one-bedroom apartments, and one three-bedroom manager’s apartment. The housing plan calls for supportive services, which would be provided by the Mendocino County Health and Human Services Agency (HHSA), Redwood Quality Management Company (RQMC), and RQMC’s subcontractors. Planning commissioners insisted that the project include the condition that services would be provided on-site for 55 years. The housing must also remain affordable. Other conditions involved presenting the Ukiah Police Department with a satisfactory plan for managing clients in crisis, and increasing the percentage of shaded area on the property. The proposal includes a demolition permit for the existing buildings.

While most of the public comments were supportive of the project, four members of the public expressed concern for the safety of senior citizens living in nearby mobile home parks. Another spoke of the dangers of increased traffic. One man referred to the homeless mentally ill as “riff-raff,” and suggested that the project be built “over by Ford Street or someplace else.” Another woman, who lives at a neighboring senior citizens’ community, asked what kind of services the residents of the proposed new project would receive.

Karen Lovato, the program manager for Mendocino County Behavioral Health and Recovery Services, referred to the full service program, which residents would receive, as a “whatever it takes approach.” Tim Schraeder, of RQMC, assured the public that this included behavioral counseling, substance abuse recovery services, and training in basic independent living skills, such as shopping and personal cleanliness. The manager of the complex would be required to undergo training from the county and be able to contact residents’ social workers at any time.

Another woman mixed personal and professional comments when she told the commissioners that she works with the mentally ill in their homes, and that her mother lives close to the site of the proposed housing units. “It’s my job to go in and find out what they need and want, and what does the community around them need and want,” said Joy Kinyon, who spent seven years as a care manager and housing coordinator for mentally ill clients. She said that recently, she went looking for one of her homeless clients along the rail trail near Gobbi Street, and found that “more people than what I wanted to imagine are already living in that neighborhood,” under oak trees and in people’s backyards. She added that her mother as well as two friends live in nearby senior citizens’ communities, and that she has “zero concerns” about them living near the residents of the proposed facility.

Captain Justin Wyatt, of the Ukiah Police Department, spoke to commissioners about his qualified support for the project, explaining that it hinged on proper management of the facility. He stated that he expects any 38-unit development to generate police calls, and that the presence of seriously mentally ill residents could exacerbate the issue. However, he added, “A well-managed facility should go a long way towards solving the problem.” He said that the UPD’s biggest call for services is related to homelessness, and that “Enforcement is clearly not changing that problem.”

Wyatt said when he learned about the project, he requested more information from RCHDC, and that he recommended that the property manager identify a single point of contact for clients’ case workers in the event of a crisis. He also recommended a coordination of supportive services, and a “robust plan” for mental health experts to deal with a client in a crisis. If the client is not presenting a danger to himself or herself or others, he said, he wanted to see “a plan that doesn’t involve law enforcement” in place. Mike Palleson, the director of special projects at RCHDC, promised commissioners that “We will satisfy Captain Wyatt,” who would review the plan in the next ten days.

Near the end of the meeting, Palleson and Kevin Thompson, the principal planner of the City of Ukiah, answered commissioners’ questions about the traffic study and why the facility was proposed for this particular site. Thompson said he did not believe the project would have a great impact on local traffic, because most of the residents will probably not own cars. Also, the offices of RQMC, where most of the service providers work, are across the street, and he expects the case workers will simply walk to their clients’ homes. He added that he called city planners in Arcata, where a similar development is located, and spoke to them about the traffic impacts from the project there.

Palleson, asked why he did not seek a site at the north or the south end of town, told commissioners that, in order to qualify for some funding, the housing must be located within a mile of services and amenities. He assured commissioners he was not seeking an exemption from the city’s requirements to provide more shade, and that he would increase the amount of shade.

After some discussion of the shade requirements, the angle of the sun off the proposed solar panels on the south side of the building, Commissioner Laura Christensen reminded her colleagues that May is a special month for mental health awareness, and that the theme this year is reducing the stigma of mental health. Commissioner Linda Sanders, saying, “I don’t think we’re about discrimination in the city of Ukiah,” made all three motions to approve the permits, accept the findings for the mitigated negative declaration for the project, and to include the additional conditions which were agreed upon earlier in the meeting. The motions were seconded by Commissioners Michael Whetzel, Christensen, and Mark Hilliker. All passed unanimously. If RCHDC wins the $6.876 million in federal tax incentive funds, they will be contractually required to begin construction by the end of March, 2018.