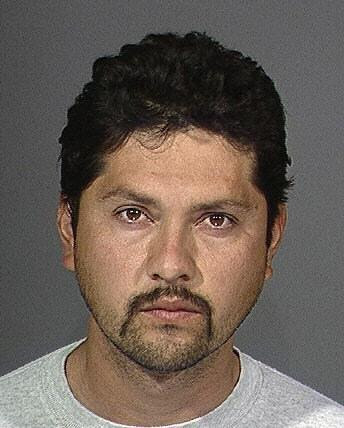 MENDOCINO Co., 4/19/17 — Paulino Marin, 47 of Santa Rosa, has been charged with attempted murder after allegedly firing several shots at an unnamed 19 year old Covelo man who was struck at least once. The shooting occurred in the 79800 block of Zenia Rd. land that belongs to the Round Valley Tribe. The victim is Native.

Allegedly Marin was setting up a “commercial marijuana growing operation” at the location. Law enforcement eradicated 788 marijuana plants, and state that there “was no evidence that the marijuana operation was for medical purposes or allowable under state and county guidelines.”

The young gun shot victim drove himself to the firehouse, and was treated, then transported to a hospital where he is in stable condition. This is the second time in the last few months that a Covelo resident has driven himself to the firehouse after receiving a gunshot wound. If nothing else, it seems people in Covelo are tough.

The following is a press release from the Mendocino County Sheriff’s Office. All people are considered innocent until proven guilty, and The Mendocino Voice has not independently confirmed any of these details.

Synopsis: On 04/18/2017, at approximately 6:55 AM, the Mendocino County Sheriff’s Office received a 911 call that a 19 year old Native American male, had arrived at the Covelo Fire Department, driving his own vehicle, suffering from at least one gunshot wound to the torso. The victim was treated medically and later evacuated to an out of area hospital, where he is listed in stable condition.

Mendocino County Sheriff’s Deputies responded and were able to ascertain that the victim had driven to a friend’s residence, located in the 79800 block of Zenia Road in Covelo. The property is residential land belonging to the Round Valley Indian Tribes. Once at the residence, the victim was confronted by a Hispanic male, later identified as Paulino Perez Marin, 47 years of age out of Santa Rosa.

Marin was armed with a rifle and started yelling at the victim. The victim started to leave the location in his vehicle and while doing so Marin fired multiple rounds at the victim. Numerous round struck the victim’s vehicle, with at least one round striking the victim in the upper torso.

After the location was identified, the Mendocino County Interagency SWAT Team, Sheriff’s Investigative Services, Patrol Deputies and members of the County of Mendocino Marijuana Eradication Team responded.  The suspect was not located, however Detectives, in the process of serving a search warrant, were able to ascertain the identity of the suspect and located evidence that was consistent with the statements made by the victim.

It was determined that the suspect was in the process of setting up a commercial marijuana growing operation at the location. 788 marijuana plants were eradicated and there was no evidence that the marijuana operation was for medical purposes or allowable under state and county guidelines.