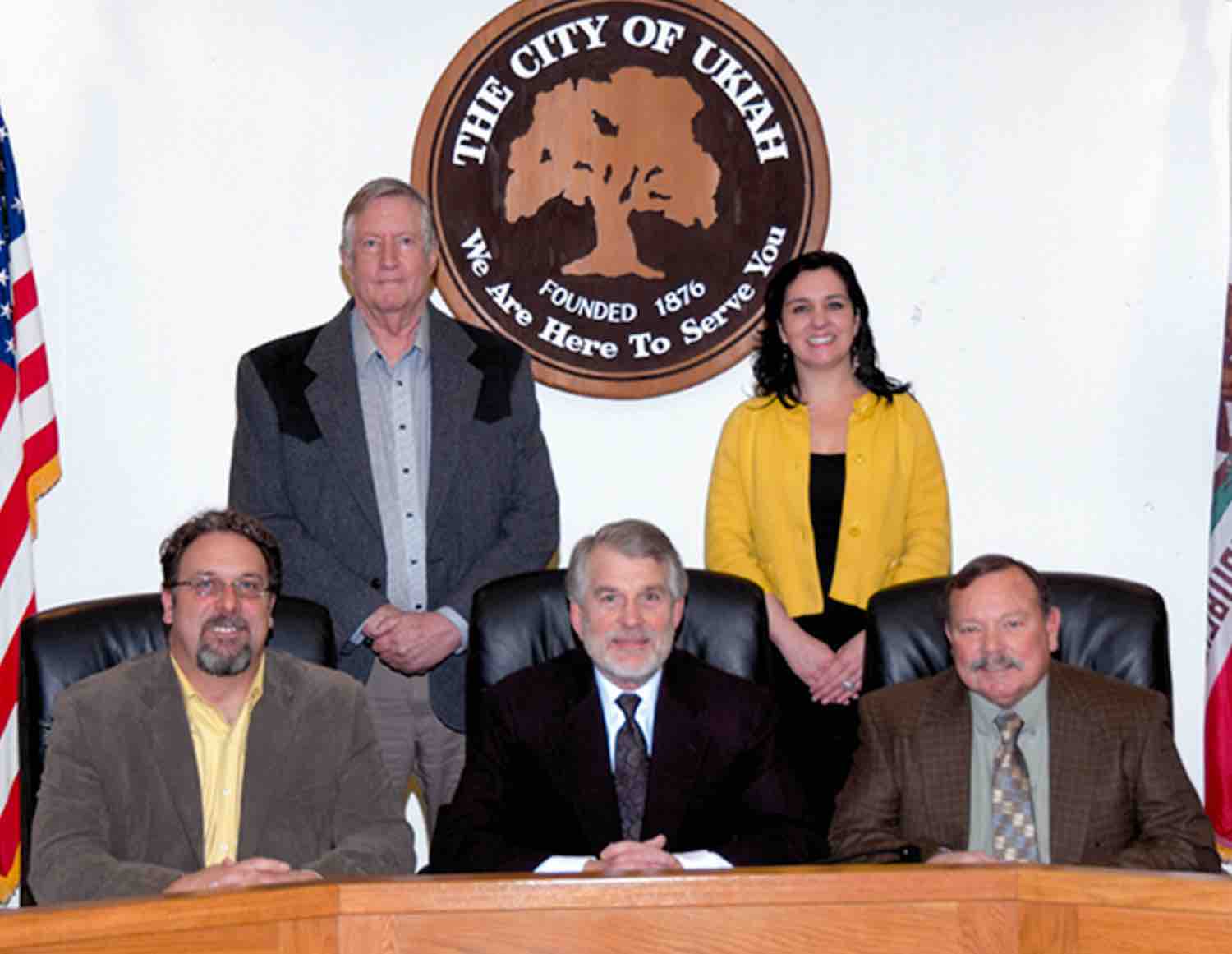 UKIAH 3/16/2017 — At its regularly scheduled meeting on Wednesday, March 15, the Ukiah City Council made decisions about granny units (also known as in-laws) and fire protection. The council agreed unanimously to look into ways to procure more county funding for its fire district. Council members also asked the interim planning director to work with the Ukiah City Planning Commission to draft a new ordinance regulating additional dwelling units, one that will comply with state regulations that went into effect on January 1, 2017.

A quarter-century old fight over public safety funding resurfaced last night when the interim fire chief and city staff made arguments for a greater share of Prop 172 revenue. Many firefighters believe a disproportionate amount of the sales tax revenue is allocated to law enforcement, even though  firefighters rely increasingly on an aging volunteer workforce.

The Ukiah City Council declined to sign onto a proposed agreement between the County of Mendocino and the Mendocino County Association of Fire Districts regarding the allocation of Prop 172 funds. The council also took the step of agreeing to send Mayor Jim Brown to the next meeting of the Fire District association, which has spearheaded the fight to get Prop 172 funding for fire districts. In recent years, former Fire Chief John Bartlett served as a liaison between the city and the Fire District association, though the council itself has not had formal representation in the association.

Under the rejected agreement, the city’s fire district, like the other fire districts in the county, would have received a one-time payment of $7,960 for the current fiscal year. Both cities and counties receive allocations of Prop 172 money, and the city of Ukiah received about $47,000 from the allocation for cities last year. The city has received a similar amount for the last 20 years, though the money must be split between fire protection and the police department.

The $7,960 from the county would be in addition to the city allocation. The council felt that this was not enough.

Ukiah City Manager Sage Sangiacomo opined that Ukiah should get a greater share of the county money in part because the city, unlike most other districts in the county, pays for its own dispatch service. Other districts, he asserted, receive dispatch services through CalFire, which the county pays for, partially from Prop 172 funds. According to City of Ukiah Finance Director Daniel Buffalo, the rough estimate of Prop 172 funds, which the State of California disperses to Mendocino County, is $7.1 million. Most of the county’s allocation of that money goes to the District Attorney’s office, the jail and probation departments, and the Sheriff’s office. The MCAFD calculated that the county was set to disperse $398,000 of Prop 172 money to 20 fire districts in the county.

Brown pointed out that Ukiah, with a population of 15,871 in a county with 88,113 people, generates a large proportion of sales tax revenue, which may be “subsidizing operations of other fire districts.” Thomsen replied that he had had “a good meeting” with Ben MacMillan, who is the president of the board of directors at the Elk Community Services District and an advocate of getting more money out of the county to pay for fire services. At next month’s meeting of the MCAFD, Brown hopes to gather more information and possibly participate in crafting a formula for determining future funding allocations that will be more favorable to Ukiah and the county’s fire districts in general.

“We have the ability to stand up to the county and say, this isn’t fair. The way your Prop 172 funds have been dispersed is not fair,” Thomsen told the council.

The council also took up the issue of several new state laws regulating “granny units.” The California State Legislature passed a trio of laws that went into effect on January 1, 2017, which were meant to alleviate the housing shortage by standardizing and loosening local ordinances about building additional dwelling units, or ADUs, also commonly called granny units, and “in-laws.” The current city ordinance regarding ADUs is not in compliance with the new state laws, which has caused some city residents frustration as the building season begins.

After input from several members of the public who represented a wide array of viewpoints on the subject, the council decided to pass the matter on to the planning commission, so that the city can begin the process of drafting an ordinance that will comply with the state regulations.

The new state laws do not consider ADUs to be new residential units for purposes of calculating utility connection fees, including water and sewer service. And, the laws do not apply to special districts, so the Ukiah Valley Sanitation District, which provides sewer service within city limits, is not required to comply with the new provisions. Darcy Vaughn, the assistant Ukiah city attorney, said that cleanup legislation is in the works. Under the new set of regulations, permits for ADUs must be processed within 120 days and be treated ministerially, which means that no public hearing is required when the ADU is located within the existing footprint of a building. The ability of cities to impose parking standards will also be restricted. Municipalities have a certain amount of leeway in determining what their building ordinance will be, but, as Ukiah City Attorney David Rapport pointed out, if the city doesn’t craft its own ordinance, the state law will become local law “by default.”

Various aspects of the new regulatory circumstances riled various members of the public, starting with former Ukiah City Council member Phil Baldwin. “This brings out the libertarian in me,” he declared, and added that he finds it “absolutely sickening that the state is usurping more and more control…The state is usurping power at the local level.”

Greg Foss, another member of the public, reminded the council of the discrepancies between current city code and the new state regulations. He requested “consideration for a moratorium on all new secondary unit dwellings until this is ferreted out…it may be the case that a citizen…starts to do a project, and all of a sudden the city comes down the road and says, oh, you misread that, we’re not going to allow this or that.”

Lester Marston, a local attorney, asked for exactly the opposite, informing the council that he was about $75,000 into a building secondary unit on top of his garage. He launched into a detailed description of the inconveniences he had experienced with his project, and concluded by asking the council members to not only reject a moratorium, but see what they could do to simplify the process.

The next speaker, Ukiah resident Becky Thune, spoke of her love of open space, and the problems of “infill,” or dwelling units being built too close to one another. She described how she and her family were almost unable to use their backyard at one point due to the smell of perfumes and dyes from a nearby home.

Differences of opinion were expressed among council members, too, with council member Steve Scalmanini suggesting that the city require owner occupancy of a property with ADUs, as a way to deter monied out-of-town interests from changing the character of the city’s neighborhoods.

Council member Maureen Mulheren disputed the implication that only property owners can be good neighbors, and asserted that she had seen some “Nice infill projects. We know that we need housing,” she added.

Council member Kevin Doble took up the theme, saying that “This notion that growth is bad and some construction of new units is going to destroy the character of our community is false, and I think it actually hurts our community…I wonder where my children are going to be, and I wonder where the young professionals are going to live…I think we’re behind because policy makers and folks in the community have said no to something new for a long time, and I think we really need to address that.”

Kevin Thompson, the Ukiah City Interim Planning Director, said he expects the matter to come before the Ukiah City Planning Commission twice, before coming back to the council with a draft ordinance that complies with state law, or an update on the progress of the ordinance.