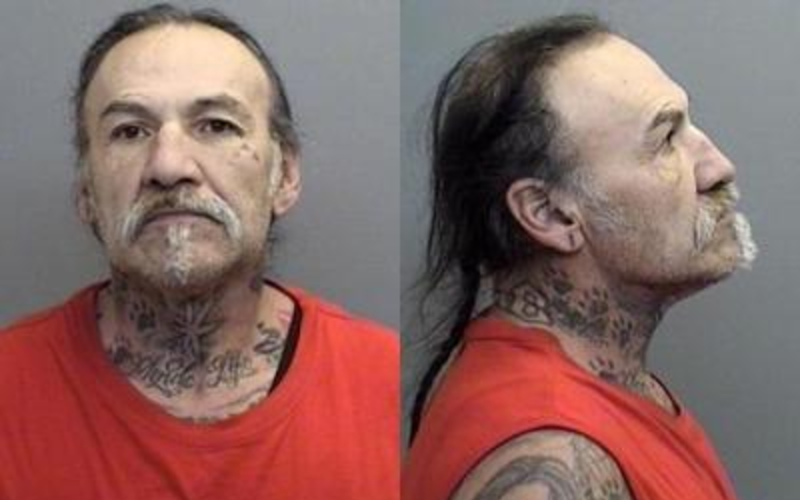 WILLITS, CA., 1/30/17 — The following information is from a January 29 press release from the Mendocino County Sheriff’s Office. It has not been independently verified and all suspects are considered innocent until proven guilty in a court of law.

On the evening of January 26, MSCO deputies were on patrol in Willits when they encountered motorist Rudolph Esquivel of Willits, who they knew to be on parole. After Esquivel parked his vehicle on Meadowbrook Drive, deputies located controlled substances, drug paraphernalia, “metal knuckles,” and was found to be driving on a suspended license. He was then taken to Mendocino County Jail and held without bail.

11377(a) HS (Possession of a Controlled Substance)

Synopsis:
On 01-26-2017 at approximately 10:00 P.M., Deputies from the Mendocino County Sheriff’s Office were on uniformed patrol in the area of Meadowbrook Drive and Sherwood Hill Drive in Willits, California.

Deputies observed a motorist in the area and identified the driver from prior contacts as Rudolph Esquivel. The Deputies knew Esquivel to be on active parole and Sheriff’s Office dispatch confirmed his parole status along with his driver’s license status being suspended.

Based on this information, the Deputies made contact with Esquivel after he parked his vehicle on Meadowbrook Drive.

Esquivel was subsequently booked into the Mendocino County Jail where he was to be held on a no-bail status due to the parole violations.