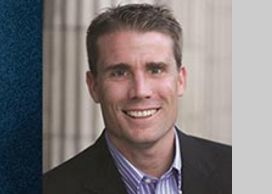 UKIAH — California State Senator Mike McGuire hosted an informational forum about the No Place Like Home program (AB 1618) at the conference center in Ukiah on October 27. The program is projected to distribute $2 billion to counties across the state for the purpose of developing permanent supportive housing for the mentally ill and homeless, or for people at risk of becoming homeless. Within minutes of taking the stage, McGuire told the assembled crowd that “114,000 Californians call our streets home every night. Mendocino County has the second-highest homeless population in the United States of America, per capita.”

Two panels, one consisting of advocates for the homeless and the other composed of masters of bureaucratic navigation[footnote] Not what they call themselves.[/footnote], gave presentations on the requirements for getting the money, and on different approaches to housing the homeless.

The audience included homeless service providers from non-profits all over the North Coast, private citizens who volunteer at shelters or on committees to address housing, and elected officials from cities and counties in McGuire’s Senate District 2. Many filed up to the microphone to ask questions that ranged from requests for minute policy clarifications to demands for toilets at homeless encampments.

Many in the crowd were long-accustomed to the frustration of jostling with larger counties for limited social services dollars. But under the new program, Mendocino County can expect a better chance of receiving money for mental health facilities, because eight percent of the funds have been earmarked for small rural counties like Mendocino, with populations under 200,000. McGuire said he expects the first applications for the funding will start coming in by the end of 2017.

Lisa Bates, of the California Department of Housing and Community Development, told Robert Bauer of Wallace House, a homeless services non-profit in Cloverdale, that small housing developments could qualify for funding. However, the question of tiny houses did not have a yes or no answer. No matter what size it is, the physical dwelling must be permanent. The shelter arrangement must also include treatment for complex, long-term addiction and mental health concerns, which often occur simultaneously.

Monies from No Place Like Home are intended only for the development of facilities, not to pay for the required mental health services. The plan includes a provision for technical assistance, or advice on how to access money to pay for these services, once the brick and mortar facilities have been developed. Nikka Rapkin, of Home Base, a San Francisco public interest law firm specializing in homelessness, was on hand to deliver a presentation on how communities can gain access to the greatest amount of funding for their programs.

“A strong data system,” she told the attendees, “is absolutely essential to bringing in new funding.” She also emphasized the importance of enrolling recipients of public health care in Medi-Cal.

But her primary concern was getting people housed. She told the audience that, “Without Housing First, it’s impossible to move the needle,” referring to a philosophy of how to deal with homelessness. Housing First is an approach that calls for sheltering people before attempting to address addiction or other issues that have traditionally been a hindrance to signing a lease. The reasoning behind this approach is that many of the problems experienced by the homeless cannot be effectively addressed while they remain homeless.

As part of implementing this strategy, Rapkin called for active engagement with landlords, like offering double deposits to ease their concerns about renting to the formerly homeless. Landlords are not required to accept tenants whose rent is partly subsidized by the federal Department of Housing and Urban Development (HUD). Even so, there is little incentive to do so in a tight housing market.

Questions remained. Karen Rizzolo, of Hillside Health Center in Ukiah, asked about a Homeless Management Information System (HMIS) that enables data-sharing among agencies serving clients’ various needs, without violating privacy. “I could talk about data-sharing all night!” Rapkin laughed — though she refrained from doing so.

Elizabeth Santos, who identified herself an advocate for the elderly, wanted to know if non-profit assisted living facilities would qualify for funding, reminding the panel that “not everyone can afford to go to board and care homes” when they are elderly and disabled.

The No Place Like Home program was signed into law on July 1, 2016. The plan is to fund developments from bond money to be issued and repaid from revenues generated by Prop 63, the 2004 Mental Health Services Act, which raised taxes for mental health services. McGuire said that, unlike most bond measures, this one will incur no interest because it is already paid for by the Prop 63 tax.