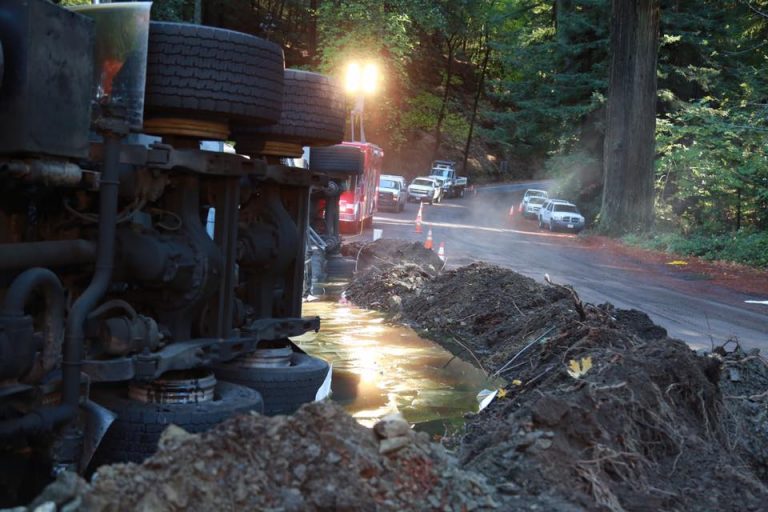 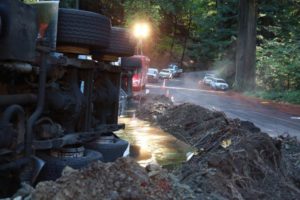 CalTrans and HAZMAT worked through the night to clean up a portion of the 101 north of Leggett where a truck crash had resulted in a spill of some toxic sludge. The 101 which had been closed over night, had now reopened.

From our sister site Redheaded Blackbelt:

Hwy 101 is open this morning after being closed yesterday when an overturned tanker truck pulling a trailer dumped around 1,000 gallons of used motor oil near mile post marker 98.20. Hazmat crews cleared the road to one-way controlled traffic about 2 a.m.

Yesterday, Caltrans said, “Thanks to the quick response of hazmat crews, the harmful materials have been contained for the moment and the California Dept. of Fish and Wildlife says that no hazmat entered the river or any nearby isolated pools.”

For more check out the article at Kymkemp.com.