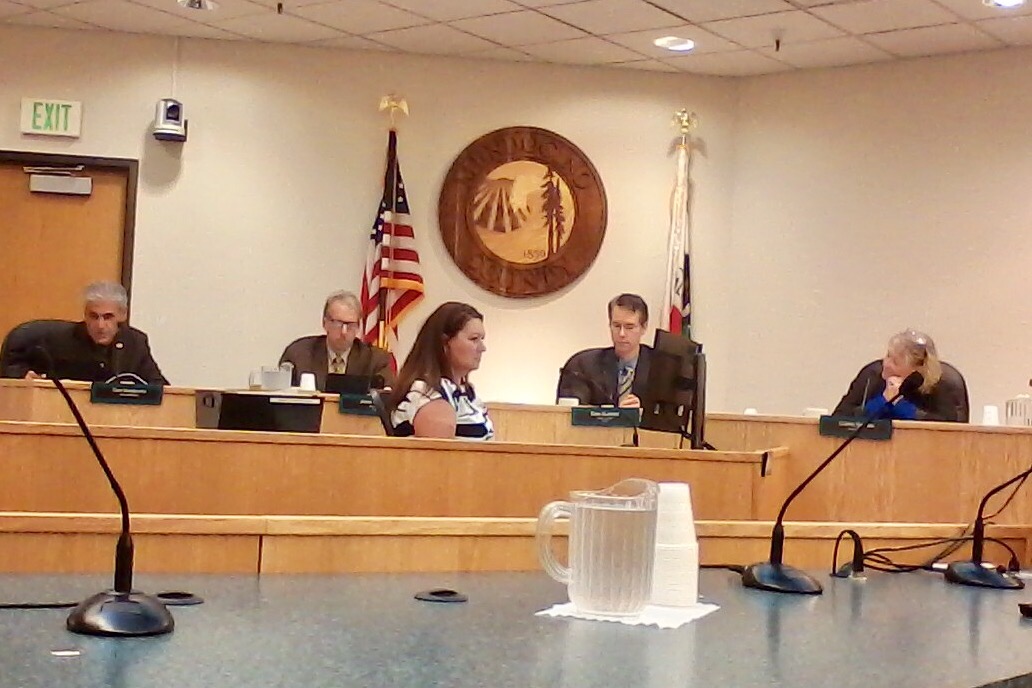 UKIAH — At the Board of Supervisors meeting today, Mendocino County Health and Human Services asked the Board for $60,000 from the General Fund to run an emergency winter shelter, which Adult and Aging Services Deputy Director Bekkie Emery said she hopes will be open by November 15. 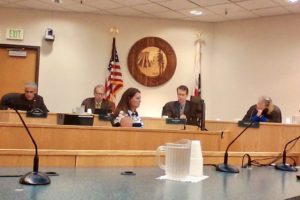 The supervisors in attendance.

Although Emery gave a presentation that included the amount of money her agency was requesting, County Counsel Katharine Elliott said the agenda summary, which did not specify the amount, did not provide proper notice. The Board directed Emery to prepare a more detailed agenda summary so Supervisors can vote on it as a consent calendar item at the next scheduled meeting on October 18.

Second District Supervisor John McCowen said he needed “a narrative to connect the dots,” pointing out that a location and a fiscal sponsor for the shelter have not yet been identified. The Mendocino AIDS and Viral Hepatitis Network (MCAVHN), which took financial responsibility for the emergency shelter at 943 Mazzoni St. in Ukiah last year, is not in a position to do so again this year.

During the public comment period, Sheriff Tom Allman spoke to commend HHSA for working with law enforcement to identify sex offenders and violent dogs, and declared himself “proud to be a partner” in efforts to bring a shelter into operation.

MCAVHN Executive Director Libby Guthrie addressed the concern that the shelter will serve homeless people from out of the county, saying that only ten of the 184 people who used the shelter last year were not Mendocino locals.

Redwood Community Services Executive Director Camille Schraeder spoke to remind the Board that she expects the tiny houses project to be available next year, though the 40 units that are planned for will not serve the entire homeless inland population. The estimate of the entire county’s homeless population varies from 635 to 1,032, and relies on a point in time count and extrapolations based on how many people are utilizing services.

The agenda item to ratify HHSA’s submission of an application for $15,000 from the National Association of County and City Health Officials, was pulled from the consent calendar.

*A previous version of this story stated incorrectly that Supervisor Hamburg recused himself from this item, when in fact he abstained.