Images from the search on Spyrock

The search for the suspects has ended. No victim or suspect has been found. No one has come into local hospitals with wounds consistent with the report. 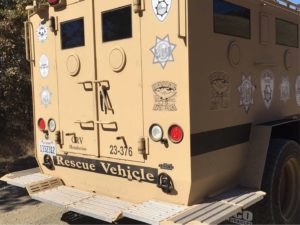 A Mendocino Voice reporter spoke with Mendocino Sheriff’s Lieutenant Shannon Barney on Spyrock. Barney stated that they have recently received a tip that, “There is a possibility that the actual shooting may not be as reported. We checked with all the hospitals — not finding any victims, there’s no scenes of people being shot.”

He also clarified that the initial “RP,” or reporting party, had already left the scene at the time they made the call, and so could not be sure of the details on either the suspects or the victims. The initial call reported that two victims had been shot by seven armed robbers. In response to the call sheriffs sent out several patrol cars with several agencies assisting, and searched multiple properties.

Barney stated that the evidence they have is “consistent with an armed altercation at a marijuana site.” He added that there are signs that “firearms might be involved.” But that they did not find evidence of the kinds of wounds reported.

Barney continued, “The search for the suspects is currently over. We believe the suspects have fled the area — the investigation is ongoing.”

The sheriffs are currently “looking at one vehicle in the area.” Barney could not elaborate on vehicle due to the ongoing nature of the investigation.

Said Barney, “Though I won’t rule it out, it is less likely that it was as reported.”

Also responding were: CalFire and the California Highway Patrol with both a helicopter and ground patrol. Laytonville Fire and Ambulance and Verihealth Ambulance were on standby in case the victims were located. Mendocino SWAT, whom Barney explained have more training for dealing with these kinds of situations, the sheriff’s detectives, and a CalFire prevention officer were also on the scene.

Images from the search on Spyrock 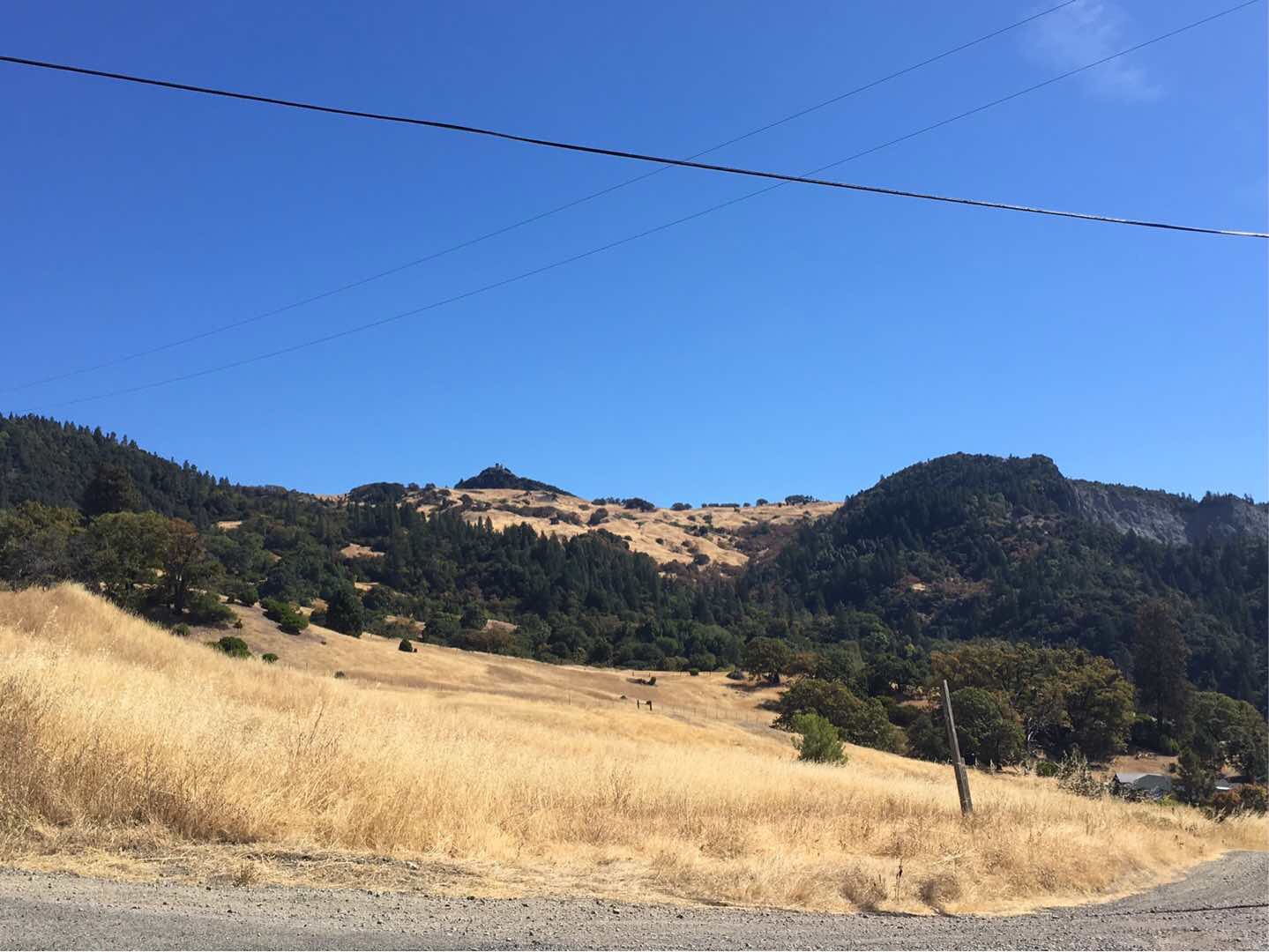 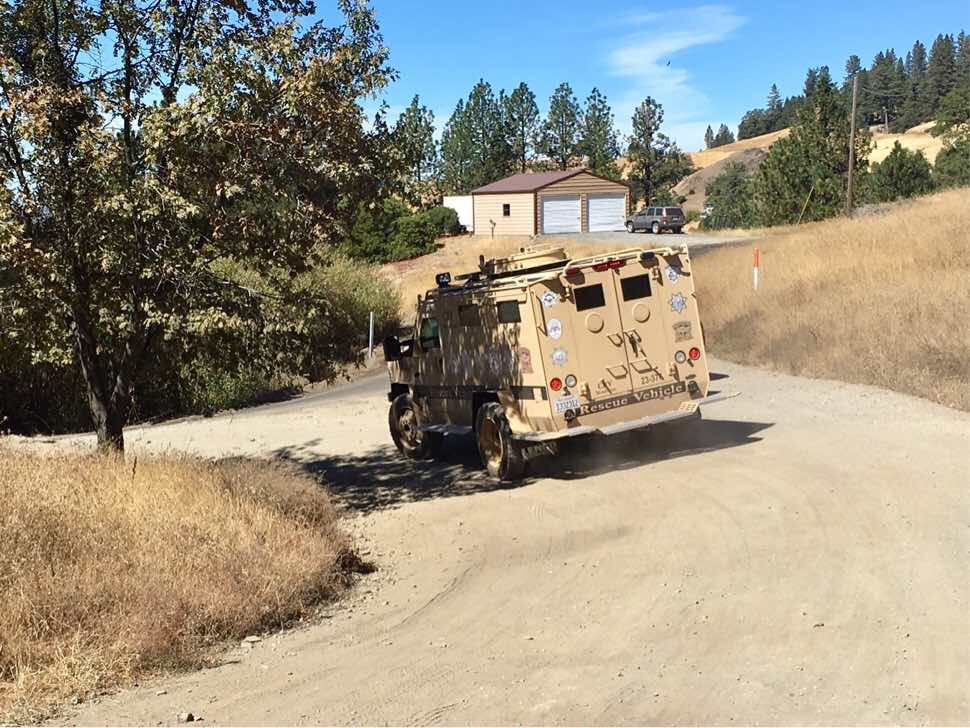 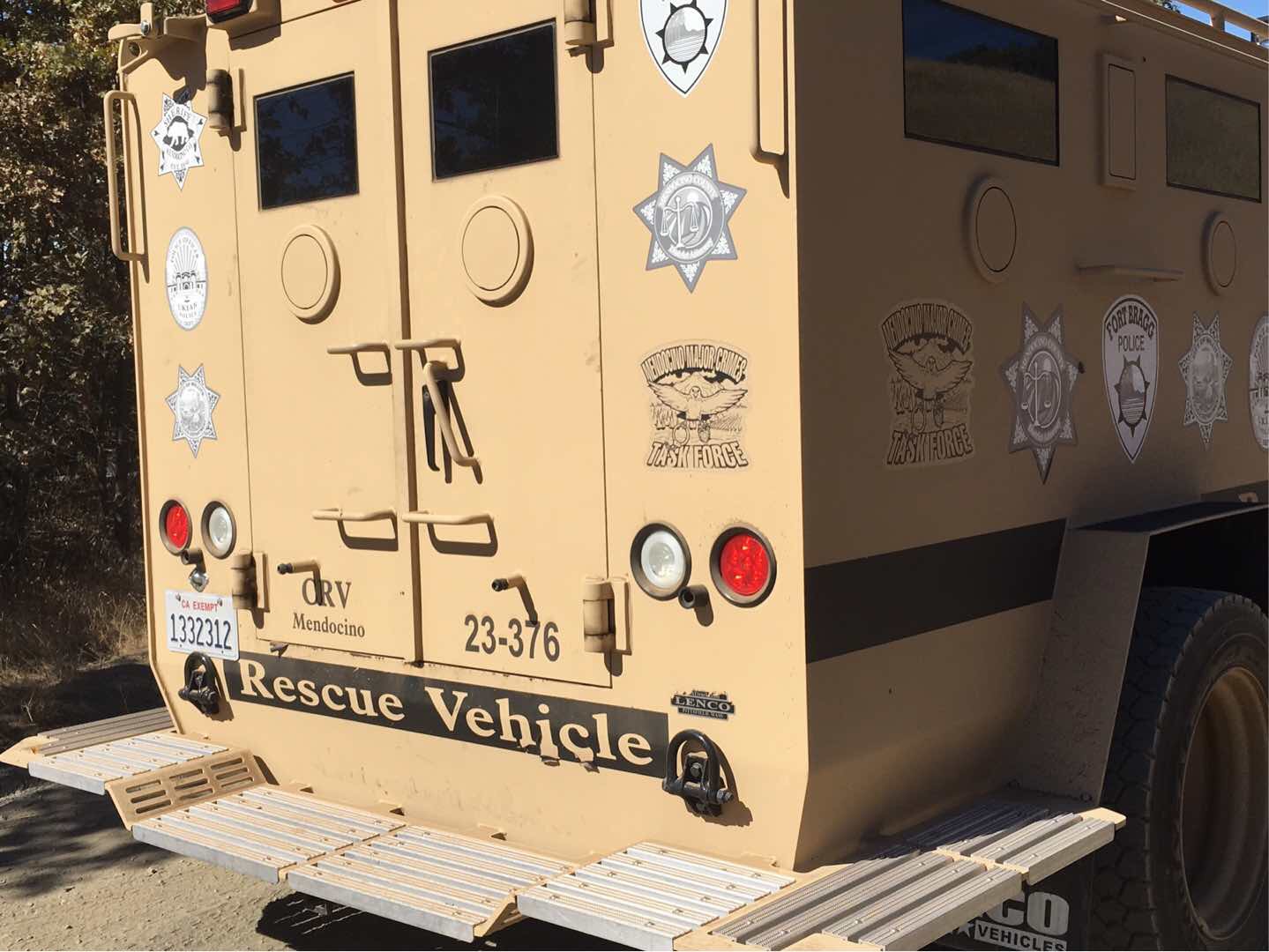 Reporting on this story was provided by Kate Maxwell.

Resources and personnel are being released from the search on Spyrock. No additional information is yet available.

Reports from people coming down Spyrock indicate that there is no official checkpoint on the road. However, there is a significant law enforcement presence on the road, and at Spyrock school, and at least one helicopter continues to circle the area.

We will continue to update as more information comes in, as of now there is no word on the victim or suspects.

Mendocino Sheriff’s are stating that the victims were a mother and her juvenile son, they have not yet been located. The search for victims and suspects continues.

Spyrock School will be holding class in “in the library of the elementary school.”

The search continues, for the suspects and victims.

The search for both the victims and the suspects in the alleged Spyrock shooting continues. Mendocino County Sheriff’s Public Information Officer Captain Gregory Van Patten described the situation for the Voice:

Deputies have not found any bodies, nor any wounded people. They are still searching for the victims and the suspects.

According to Van Patten, 911 dispatch received a cell phone call at about 5:45am. The caller reported that a home invasion was in process, and that two people had been shot, an adult and a juvenile, on the 4000 block of Spy Rock Road. The caller indicated the suspects were seven or more adult males were involved in the home invasion, that they were  “Indian or hispanic,” and carrying both rifles and handguns.

Law enforcement officers are currently undertaking a search and as of about 8:30am “they are very confident” that they have come across and identified the location described in the call, but have not yet located any evidence of victims or other activity. Neighbors confirmed hearing gun shots during the night. However, officers “haven’t physically found anyone.”

At least 27 combined law enforcement personnel are on the scene, including Mendocino Sheriff’s deputies, CHP officers, Fort Bragg PD, and one person from CalFire. The mendocino county-wide SWAT team has also been activated, which includes members of the Ukiah PD and Fort Bragg PD.

Officers have been clearing and searching residences all morning and a checkpoint may have been set up to identify people trying to leave the scene. Reports from the area indicate that a checkpoint is ongoing. Right now Van Patten said that to his knowledge there are no plans to close any roads as part of the search, but the search is “active and ongoing.”

Van Patten added that “they are trying to get the CHP helicopter” to aid in the search, and there “will be a lot of ongoing law enforcement activity” in the Spy Rock and Iron Peak area.

Van Patten recommended that members of the public shelter in place and report sightings of suspicious people to the sheriffs or by calling 911. He said, “We only have a very vague description — suspects with olive colored skin and armed, and not known to the area.”

More information will be posted either to the Sheriff’s Facebook page or via press release as it develops.

Mendocino Sheriff Deputies are actively searching and clearing houses in the 4000 block area of Iron Peak Rd., for a suspect in a shooting. There are reports of up to two people shot last night in that vicinity. Details are sketchy, but apparently deputies have found a pile of masks and machetes, and an ambulance was dispatched.

There are reports of up to 15 law enforcement vehicles on the road, and scanner traffic indicates that the search for suspects is ongoing.

SWAT is also on the scene.

One thought on “Search for Suspects on Spyrock Over, No Victims Found”