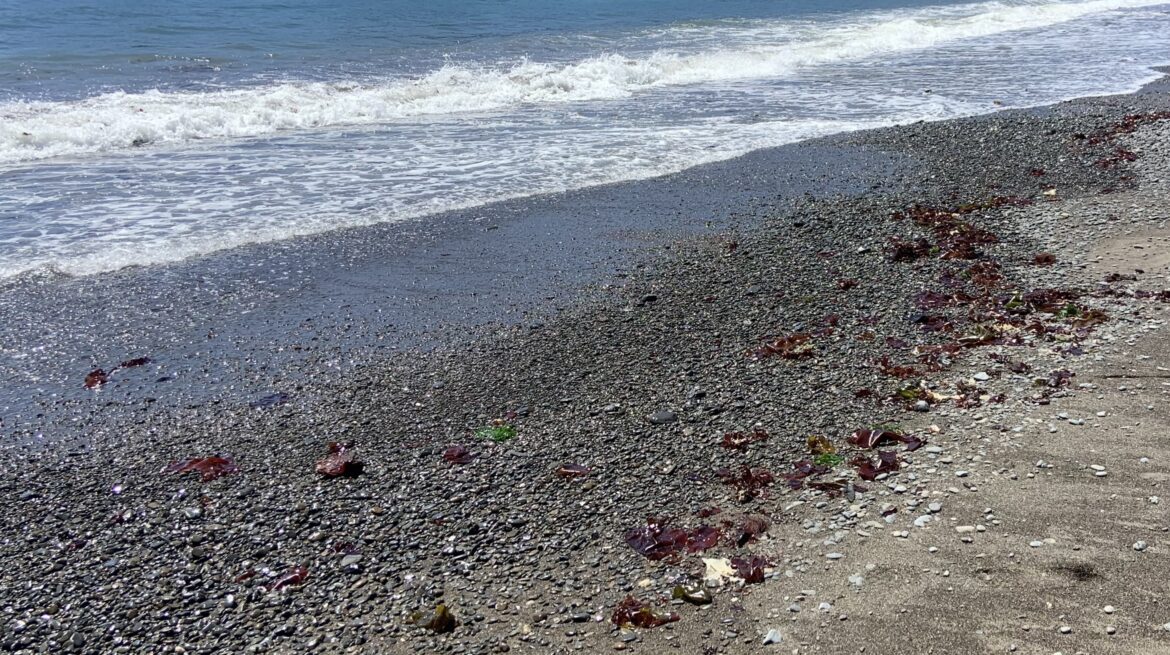 Mendocino County’s Public Health department advised the public to avoid contact with ocean water for 50 yards on either side of the creek drainage entering the ocean, due to increased human health risks. More than 17 variations of these bacteria exist; if infections are contracted, they can be difficult to treat as enterococcus is highly drug-resistant.

At this time Public Health does not know what caused the heightened levels this week, Land Use Program Manager Marlayna Duley told The Mendocino Voice in an email. Her department did not find evidence of sewage spills in the area.

Bacteria thrive when creek flows are lower and temperatures higher, Duley explained. She said the heat wave over this past week “could certainly contribute to the likelihood of positive samples in the creeks.”

Public Health tests weekly for coliform, enterococci, and fecal coliform concentrations (since these bacteria are found in the digestive tracts of birds and mammals) from April to October at five locations: Pudding Creek Beach, Hare Creek Beach, Caspar Beach, Big River, and Little River. The sample at Hare Creek Beach — just south of the intersection of Highway 20 and Highway 1 — did not pass any thresholds the prior week, Duley explained. If testing levels are below the acceptable threshold in the Sept. 13 assessment, Public Health will remove the warnings.

“If it is above, the notices will remain, and the Public Health Department will investigate possible causes in order to stop this from happening again,” Duley wrote.

That investigation would include a site visit to gauge creek conditions as well as assessment of  wildlife populations and other factors in the area. All three indicators being consistently above allowable limits would mean mitochondrial DNA testing to determine potential wildlife causes, and a new plan based on the results.

If it’s found to be caused by wild animals then we may post warnings more often,” Duley wrote. “If it is found to be human then we would find the source and require a repair or replacement if it is a septic system or sewer plant issue.”