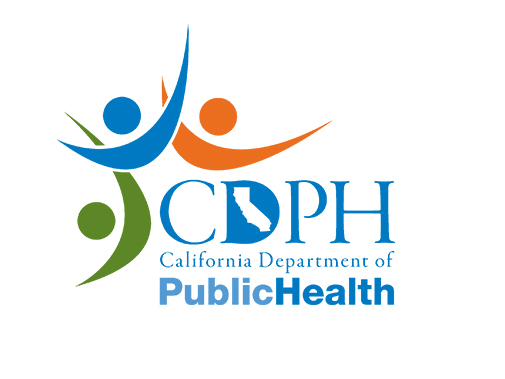 The logo of the California Department of Public Health.

MENDOCINO Co., 1/26/20 — Two patients have tested positive for the newly identified coronavirus strain in California, one in Los Angeles County and one in Orange County, both having traveled through Los Angeles International Airport (LAX) from China. The virus, which has begun to stir up panic worldwide, was first documented in Wuhan, the capital of Hubei province in China.

Both California cases have been confirmed in last 24 hours, and there are three additional cases in the United States, in Washington State, Airzona, and Illinois, along with a case in Canada. Public health officials in both counties confirmed that the illness exhibited by the patients was caused by the new strain of coronavirus through testing, in coordination with the Center for Disease Control, late Saturday and early Sunday.

Though the virus has arrived here, both patients were quickly taken to quarantined sections of hospitals and are being treated. The virus can travel by air, though cough and sneezing, and potentially through the eyes, but public health officials in California have emphasized that the chance of an outbreak in California is very low, and the risk to people who may have been near the patients is minimal. So far, those who have died of the virus have been elderly or had some underlying conditions. Common sense precautions that everyone uses in flu season, like washing hands thoroughly and covering one’s mouth, are recommended. The symptoms of the disease are similar to those of the common cold, but again there have not been any documented human-to-human transmissions in the United States as of yet. And while shortages of respiration masks have been reported in some parts of the world, and United States, local stores report being well stocked.

The California Department of Public Health released this video about two days ago, before the presence of the virus had been confirmed in California:

So far, at least 76 people have died of the virus, all of them in China, and at least 2,000 are infected, but much remains unknown about the disease, although public health officials have confirmed it can spread airborne through sneezing or coughing.

Prevention measures include hand-washing, wearing masks, and precautions similar to preventing the spread of flu, and the federal Center for Disease Control has put together a webpage with more information. Scientific research on the new disease is ongoing and subject to revision, but reports indicate that the virus could be transmitted for at least ten or more days after infection, even by people who are not showing symptoms.

The strain of coronavirus, which is awaiting an official name, has also been found in 13 countries as of Sunday, but information is rapidly changing as new cases are identified internationally, and there is no currently known cure. As of the time of publication, the World Health Organization (WHO) has not declared a global public health emergency, but the WHO Director is planning to hold meetings in Beijing to assess the plans to contain further spread of the virus and increase cooperation with the Chinese government, which has placed over 50 million people under travel bans in mainland China.

The available information indicates that the majority of people who have died have been elderly or had underlying health problems, although several young children have been infected. The virus is suspected to have jumped from wildlife to humans in a Wuhan market, though the estimates about the exact vector of the virus, as well as the rate of transmission and mortality have been revised repeatedly by the medical community, since the outbreak first gained international attention earlier this month. It now appears that the first recorded case occurred in early December, according to official reports. Some patients have since recovered, and there have also been a number of medical professionals killed by the virus.

The U.S and various other nations have begun the process of evacuating their citizens from the Wuhan region and at least one airplane carrying U.S. citizens is scheduled to fly from Wuhan to San Francisco on Tuesday. People on the plane are likely to be screened an duly quarantined if they present a risk] according to Reuters, though details about quarantine protocols and even the specific landing area have not been made public. Screenings have also been put in place at some major airports in the U.S.

Reports from Wuhan note that there have been difficulty in the last week in supplying the region with adequate numbers of testing kits, hospital beds, and supplies, and are anticipating potential another 1,000 cases, although the Chinese government claims to be constructing at least two 1,0000 bed hospitals in less than a week. Some reports estimate that at least five million people left the province prior to the travel bans being imposed, and the numbers of infected people and fatalities are expected to continue to rise over the coming weeks.