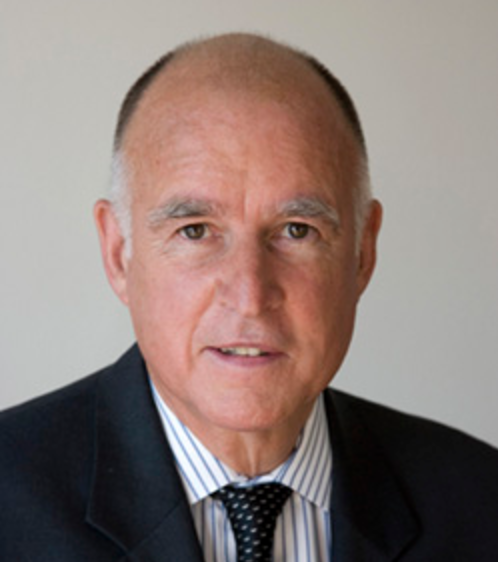 Official head shot for Brown from the Gov.'s website.

CALIFORNIA, 4/10/17 — Governor Jerry Brown issued an executive order Friday, officially ending the drought state of emergency for most of the state but maintaining prohibitions on wasteful practices and continuing water reporting requirements by the State Water Resources Control Board. This water year, which in California starts in October, has been the second wettest year in the state’s recorded history.

The state of emergency continues in Fresno, Kings, Tulare and Tuolomne Counties, where groundwater basins have been severely diminished by years of drought. A press release from the Governor’s office notes that “damage from the drought will linger for years in many areas.” During the drought, which is considered to have spanned water years 2012-2016, urban Californians made a 25% reduction in water use.  Practices such as hosing off sidewalks, watering during and after rainfall, and irrigating ornamental lawns on public street medians will continue to be prohibited.

Here’s the full pres release, from the governor’s office:

SACRAMENTO – Following unprecedented water conservation and plentiful winter rain and snow, Governor Edmund G. Brown Jr. today ended the drought state of emergency in most of California, while maintaining water reporting requirements and prohibitions on wasteful practices, such as watering during or right after rainfall.

“This drought emergency is over, but the next drought could be around the corner,” said Governor Brown. “Conservation must remain a way of life.”

The state will continue its work to coordinate a statewide response on the unprecedented bark beetle outbreak in drought-stressed forests that has killed millions of trees across California.

In a related action, state agencies today issued a plan to continue to make conservation a way of life in California, as directed by Governor Brown in May 2016. The framework requires new legislation to establish long-term water conservation measures and improved planning for more frequent and severe droughts.

Although the severely dry conditions that afflicted much of the state starting in the winter of 2011-12 are gone, damage from the drought will linger for years in many areas. The drought reduced farm production in some regions, killed an estimated 100 million trees, harmed wildlife and disrupted drinking water supplies for many rural communities. The consequences of millions of dead trees and the diminished groundwater basins will continue to challenge areas of the state for years.

The full text of today’s executive order can be found here.

The drought that spanned water years 2012 through 2016 included the driest four-year statewide precipitation on record (2012-2015) and the smallest Sierra-Cascades snowpack on record (2015, with 5 percent of average). It was marked by extraordinary heat: 2014, 2015 and 2016 were California’s first, second and third warmest year in terms of statewide average temperatures.

The state responded to the emergency with actions and investments that also advanced the California Water Action Plan, the Administration’s five-year blueprint for more reliable, resilient water systems to prepare for climate change and population growth. To advance the priorities of the Water Action Plan and respond to drought, the voters passed a comprehensive water bond, the Legislature appropriated and accelerated funding and state agencies accelerated grants and loans to water projects.

Californians also responded to the drought with tremendous levels of water conservation, including a nearly 25 percent average reduction in urban water use across the state.