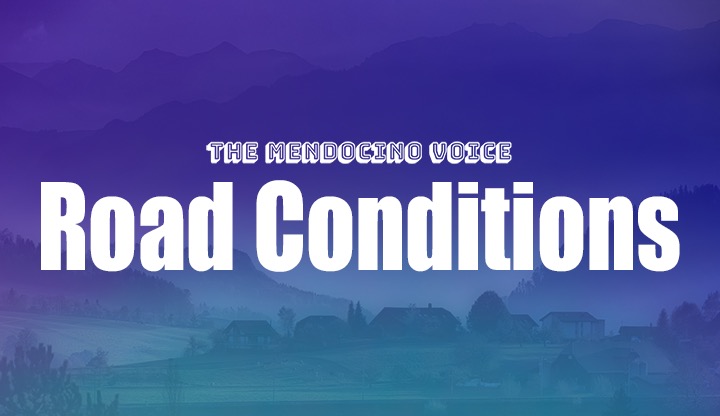 MENDOCINO Co. 2/22/2017 — There is some pretty serious damage to the roads in the county today, though several roads that were previously closed are now open, including 128 at the junction with Rt 1, 175 at Hopland, and 1 at the Garcia River. Hwy 101 just north of Laytonville is also open.

But the slide on Rt 1 at Leggett is worse than ever, according to CalTrans:

And here is Orr Springs Road, about 5 miles west of Ukiah:

Other county roads that are closed are Peachland Road at mile marker .95 in Boonville; the Laytonville/Dos Rios Rd at mile marker 4.19; and Mallard Street between hawk Road and Poppy Drive, in Brooktrails.

On Rt 162, the eastbound lane at mile marker 23 is closed due to emergency work. There is a flagging operation at The Middle Way due to drainage work.

There is one-lane northbound traffic on Rt 1 at the signal just north of Fort Bragg.

And here’s the forecast for today. Light snow is expected to accumulate on travel corridors further north, in Humboldt, Del Norte, and Trinity counties.