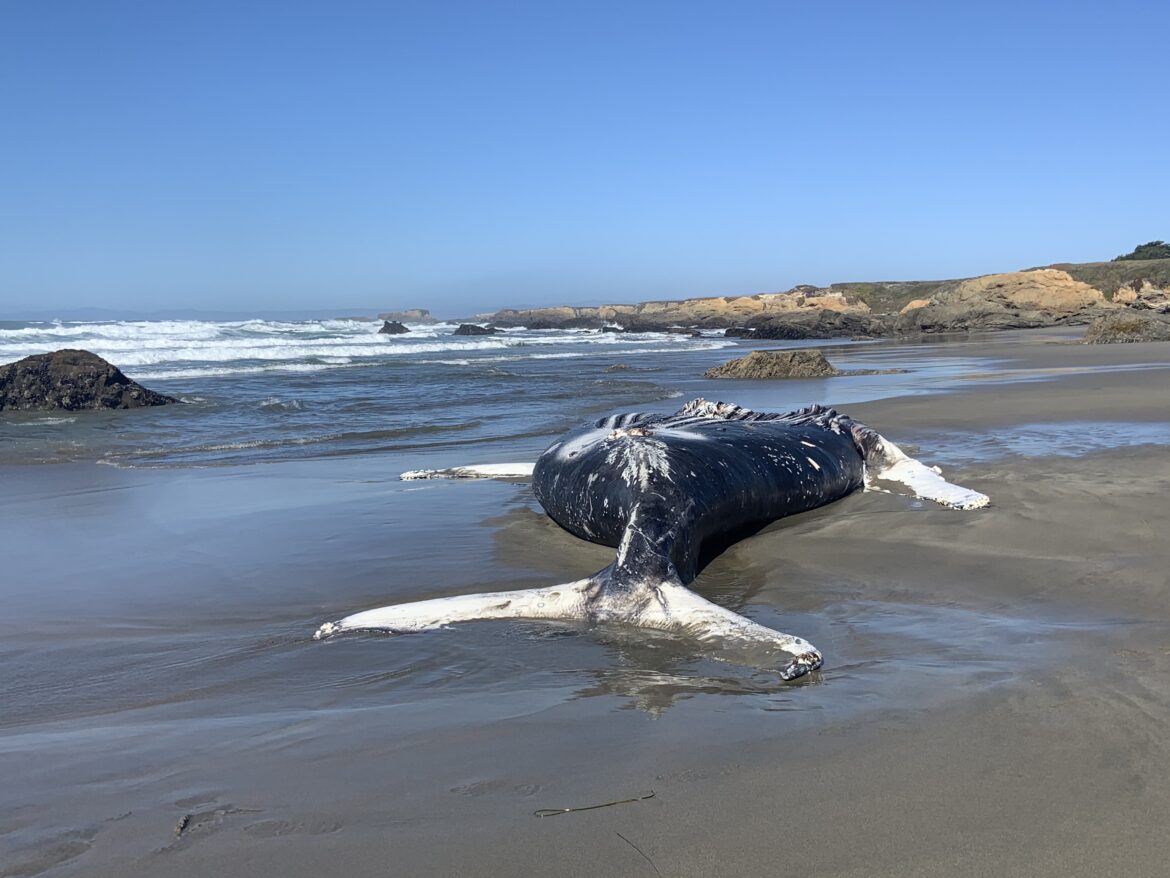 FORT BRAGG, CA, 12/12/22 — What would a year in review look like through the lens of Mendocino County’s stranded marine life?

Sarah Grimes of The Noyo Center for Marine Science and Sue Pemberton of California Academy of Sciences will answer that question in a science talk on 2022’s marine mammal strandings this week, offering “a report of WHAT and WHO has washed Ashore in 2022.” Registration for the talk, which will take place on Zoom at 6:30 p.m. Wednesday night, is now open.

This has been a big year for strandings in Mendocino County, with the arrival of a rare beaked whale in May, a sperm whale in August, and two humpbacks in the space of two months this fall.

“There are still a lot of mysteries and a lot of things we don’t know yet, and we look forward to sharing them with the public,” Interpretive Facilities Manager Trey Petrey said on towing the sperm whale, which eventually sank but now will be used to study the process of whale fall. “It’s exciting.”

That same excitement and mystery is often part of the landscape of studying deceased marine mammals. From Westport to Gualala, Grimes responds to whale strandings and those of other pinnipeds, such as seals and sea lions. She has collected basic data as well as skin and bone samples for study by Cal Academy for years. Science talks from The Noyo Center offer the chance for the public to learn more about these findings.