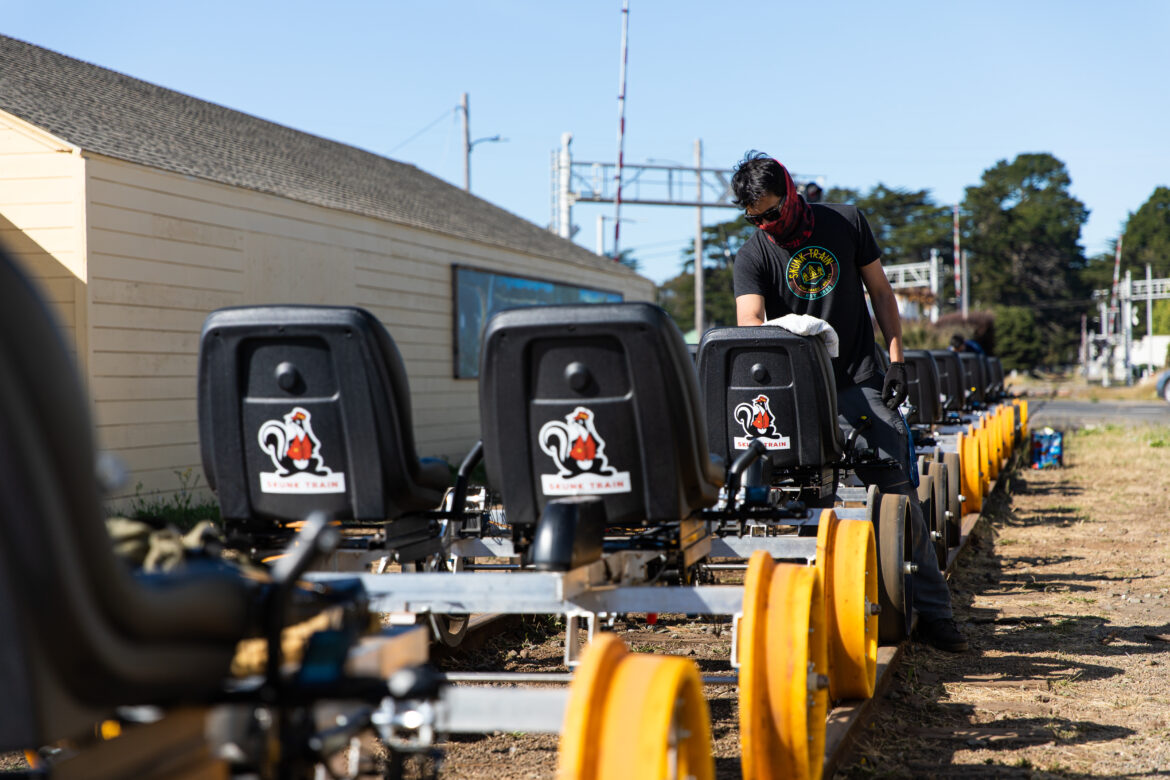 MENDOCINO COUNTY, CA, 8/17/22 — Mendocino Railway, the operator of the popular tourist attraction the Skunk Train, sued the California Coastal Commission and the city of Fort Bragg on Aug. 9 over the state and local governing bodies’ attempts to impose permitting and licensing requirements the rail company’s lawyers believe it should be exempt from due to “preemption rights” for federally-regulated railroads.

Mendocino Railway hopes the United States District Court of the Northern District of California (Eureka Division) will determine that it is subject to the exclusive jurisdiction of the Surface Transportation Board (STB), a federal agency that adjudicates and resolves railroad disputes and proposals; and that the court will prohibit the Commission and Fort Bragg from “imposing and enforcing any land-use permitting or other preclearance requirement as the pre-condition of any rail-related development on Mendocino Railway’s property or facilities.” The rail company argues that its railroad status preempts it from this state and local oversight under federal preemption statutes, which say that federal law displaces state law where the two conflict.

“Mendocino Railway has always been and remains a Class III, common-carrier railroad subject to the STB’s jurisdiction,” the company argues in the lawsuit. “While the [Northwestern Pacific Railroad] section connecting to the Mendocino Railway line is currently out of service, the NWP’s line has never been abandoned and service is expected to be restored.”

That portion of Mendocino County rail line has not been in service since 1998; as such, the Coastal Commission disputed in a letter to Mendocino Railway on Aug. 10 whether the rail company should be considered part of the interstate rail network and so regulated by the STB at all.

In its letter, the Coastal Commission also requested a list of all development – including staging areas and construction debris removal – that has occurred on Mendocino Railway property in the Coastal Zone without a CDP, alleging unpermitted rebuilding and construction on the company’s Roundhouse, storage shed, and other facilities. The letter asked that Mendocino Railway immediately cease unpermitted development and respond by Aug. 26, warning that Mendocino Railway could face litigation, penalties, or notices of violation.

“​​Without declaratory relief, Mendocino Railway will remain under the constant and imminent threat of federally-preempted regulation, the complete disruption of its rail operations and rail-related development, and the sheer uncertainty created by this controversy,” the lawsuit reads.

The Mendocino Voice will share more reporting on these developments soon. Please direct your questions about Mendocino Railway or the lawsuit to [email protected].