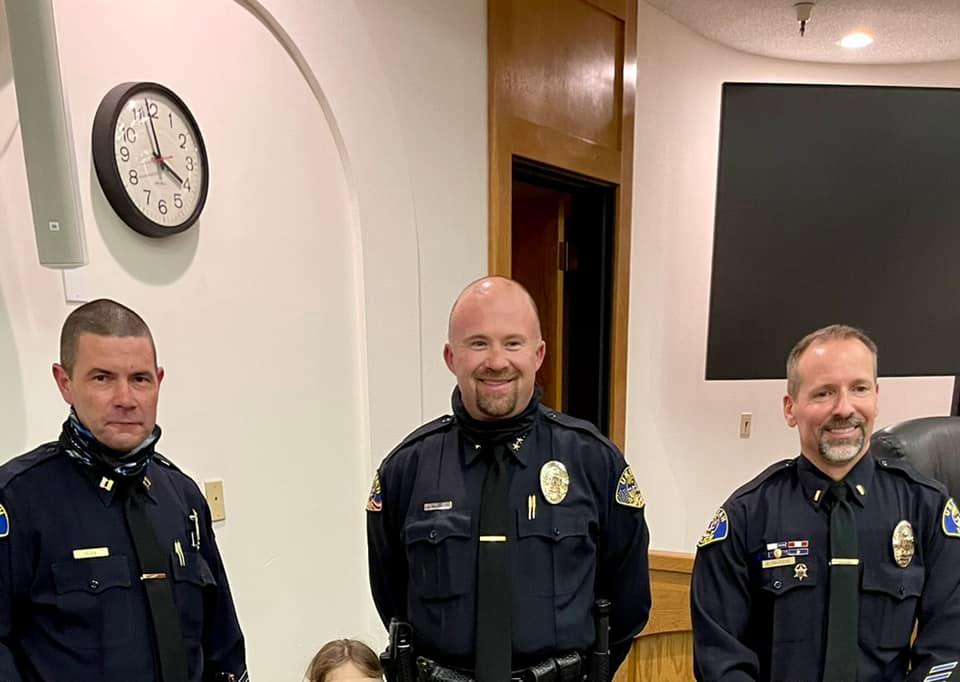 Police Chief Noble Waidelich was placed on leave Tuesday pending the results of an outside criminal investigation. Meanwhile, it remains unclear who will lead UPD in Waidelich's absence. (Left to right, Cedric Crook, Noble Waidelich and Rick Pintane. Photo courtesy of UPD.)

UKIAH, 6/14/22 — Ukiah Police Chief Noble Waidelich was placed on administrative leave Tuesday pending the results of a criminal investigation being conducted by the Sonoma County Sheriff’s Office (SCSO) according to a press release published by city staff around 10:45 p.m. City officials have not yet acknowledged what crime Waidelich is suspected of committing, and have not directly responded to requests for comment from The Mendocino Voice in the four hours before the release was issued.

“Because this is both a pending personnel and criminal matter, no further information may be disclosed by the city of Ukiah at this time,” City Manager Sage Sangiacomo said in a written statement. “However, the city is working to provide continuity of services and is committed to sharing additional information when we are able to.”

Deputies with SCSO did not immediately return a call requesting more information Tuesday evening. The nature of the new allegations against Waidelich remain unclear for now, but he’s been accused of felony domestic violence in a pair of pending civil lawsuits filed by his ex-fiancee and her daughter. Friday, June 10, Judge Jeanine Nadel set one of those cases, Amanda Carley vs. County of Mendocino, et al, for trial starting Sept. 26. Meanwhile, city officials have not yet said who will lead UPD in Waidelich’s absence.