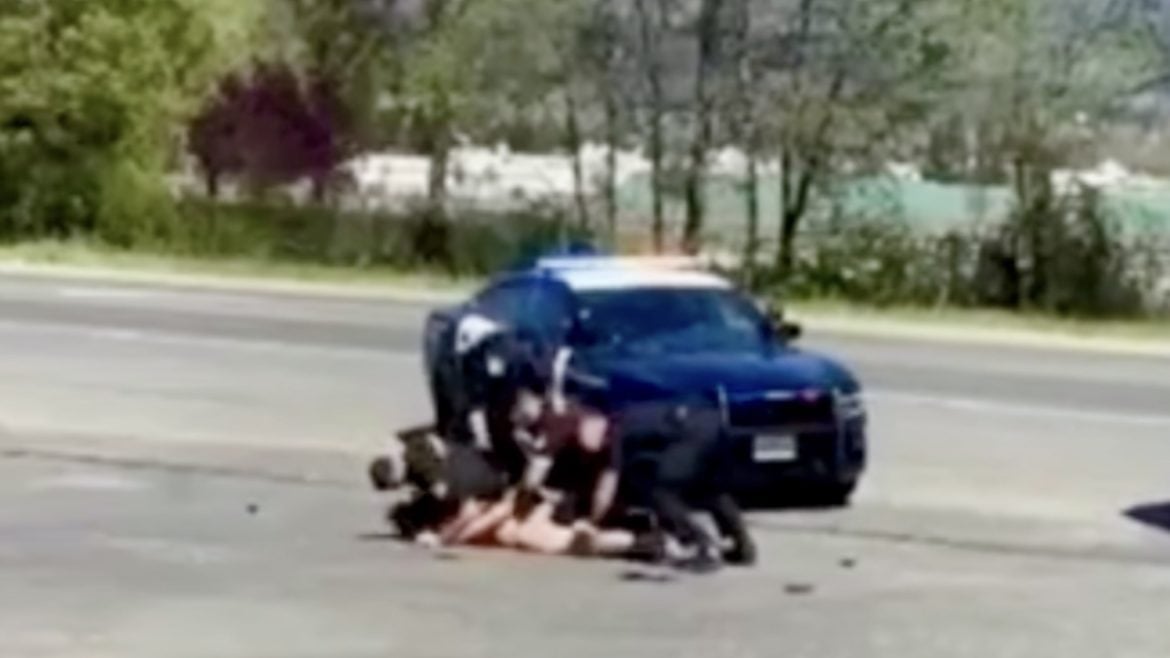 UKIAH, 3/10/22 — The Ukiah Police Department (UPD) today announced their officers have been cleared of wrongdoing in connection with a violent and controversial arrest last spring. Gerardo Magdaleno, 25, was naked and clearly in the midst of a mental health crisis when officers taking him into custody deployed pepper spray, tasers and dozens of strikes to the head. Magdaleno was arrested for felony resisting but never charged, however, and public records indicate the city paid $211,000 on March 7 to settle a federal lawsuit brought by his lawyers. As of this evening, that settlement had not yet been approved by the court.

Magdaleno’s attorney Izaak Schweiger said his client, who has been diagnosed with schizophrenia and bipolar disorder, did not present any threat of violence to officers when they escalated to the dramatic use of force April 1, 2021, in a parking lot on South State Street.

“They punched him 54 times in the head, and what did he do? Nothing,” Schwaiger said today in an interview. “If that’s not a policy violation, nothing is.”

Consultants hired by the city disagree, however. City officials issued a press release this afternoon stating that Independent Investigative Consultants, LLC looked into the “specific tactics” officers used in apprehending Magdaleno and determined they did not violate UPD’s use-of-force policy. Schwaiger called that “total bullshit.”

According to Schwaiger, the city timed the release of their outside investigation around the settlement for legal reasons. During the lawsuit, Schwaiger said the city denied endorsing the officers’ actions, but the lawsuit may be over now.

“This is no accident, that this is coming after the case has been resolved,” he said. “It’s gamesmanship, and it’s a shame that best practices in an industry as important and potentially lethal as policing are being gamed like this by that department. But, frankly, I don’t expect better from their leadership.”

“For a department so small to have this many major problems and not even acknowledge that a problem exists, it shows that there’s an institutional failure at the highest levels. The department, frankly, needs to be dismantled and rebuilt with new and better people in charge or we’re going to see more of this in the future — and worse,” Schwaiger said. “These clowns are going to kill somebody.”

Magdaleno, who had run out of medication and was experiencing a mental health crisis at the time of his arrest, suffered physical injuries that required medical attention. Since the beating, however, Schwaiger says his client suffers from a debilitating fear of leaving the house out of concern for what might happen to him if he encounters police officers again.

“Most of his injuries were soft tissue issues, but he did suffer from organ damage and was urinating blood as a result of the encounter for some time,” Schwaiger said. “I think the most profound impacts were the emotional toll that it took on an already vulnerable mind.”

Police Chief Noble Waidelich, who was promoted from captain in October, 2021, said that regardless of the investigation’s findings, this incident “warrants reflection.”

“Even though the Police Department policies, including its use of force policy, are adopted to and do comply with state and federal standards, as a new Chief, I want to make sure that my staff are providing the highest level of service possible to our community. I am committed to ensuring that our officers receive the best training, not just the minimum standards. To that end, we are actively partnering with other local agencies with expertise in mental health, disabilities, and substance abuse, as well as obtaining new tools to assist with nonviolent de-escalation.” Chief Waidelich continued, “After considerable reflection, we must focus on how we move forward. I am choosing to take this department in a direction where it is commonplace to see staff lending a helping hand and assisting all of our community.”

Waidelich and the city did not mention Magdeleno, his lawsuit or the $211,000 settlement at any point in their press release, which has been included in full below: