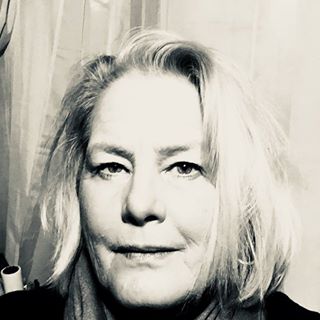 WILLITS, 1/29/18 — Notable Laytonville local Susy Barsotti announced her bid for Third District supervisor this weekend, joining former Third District supervisor John Pinches, Willits community activist Cyndee Logan, and Willits school teacher John Haschak as candidates in the north county race. Barsotti is a resident of the Hog Farm at Black Oak Ranch and is known locally for her work producing events such as the annual Kate Wolf Festival, Earthdance, and the Pignic. She announced her candidacy on Facebook saying, “I’m throwing my tiara into the ring for Mendocino County 3rd District Supervisor. What the heck.”

So far four candidates are competing for the seat currently occupied by Supervisor Georgeanne Croskey in the Third District. Croskey was appointed by Governor Jerry Brown in May 2016 to replace Tom Woodhouse after his resignation, and she will be moving out of the county after the election. At least three candidates are currently running for the Fifth District, including Albion resident Chris Skyhawk, Albion Fire Chief Ted Williams, and Alan Rodier.

Here’s Barsotti’s official announcement included below. She told TMV that a Facebook page for her campaign and more information will be available later this week:

“Susy Barsotti, Laytonville resident and long-time member of the Hog Farm at Black Oak Ranch, has tossed her hat in the ring for third district supervisor.  Having been strongly urged on by family and friends to run for office, Susy is excited to offer the skills in collaboration, community building, and intuitive leadership she has acquired from 44 years of cooperative group living.  She has been married to Bob Barsotti for 31 years, and together they have produced events at Black Oak Ranch, including The Pignic, Earthdance, and the Kate Wolf Festival.  Her deep love of Mendocino County fuels the commitment she feels to those who live here, and she’s exhilarated to represent the third district with all she’s got.”

In the interest of disseminating any available information on the upcoming elections The Mendocino Voice is publishing notices of events and statements from the various campaigns. These do not constitute an endorsement. If you are running for office and would like us to announce an event or publish a statement please write to [email protected]. Likewise, if you would like to send a letter to the editor write to [email protected].